How to model multinomail logistic regression to get desired outcome?

I want to run multinomial logistic regression in SPSS.

What I want to know is: 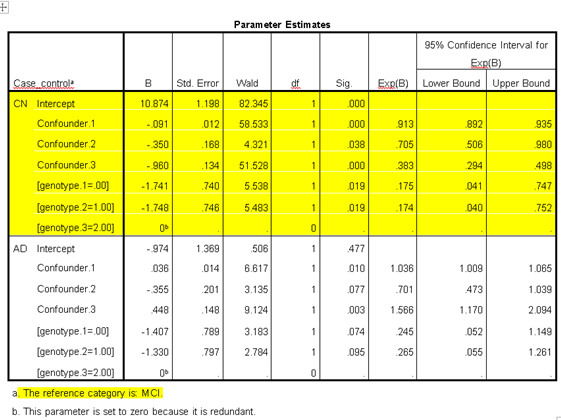 However, If I consider AD as a reference group then the model reports the OR for CN to get AD (desired) and the OR for MCI to get AD (I do not want the latter one).

See the result in the following image.2 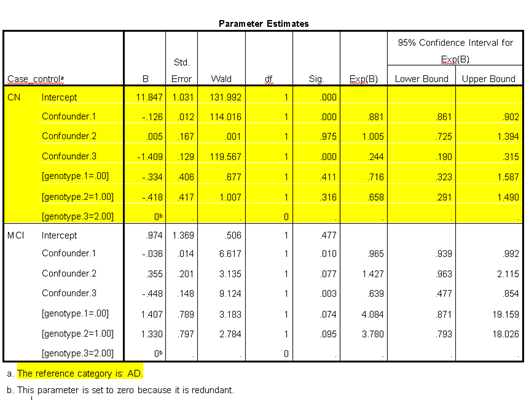 So, how I can run the multinomial logistic regression to report the OR for CN to get MCI and CN to get AD?

thank you in advance.

Browse other questions tagged regression statistics data spss or ask your own question.