Removing trend and seasonality does not seem to result in a stationary time series?

I have some sales data, that I want to do time series analysis on. On the plot there are clear trend and seasonality visible. 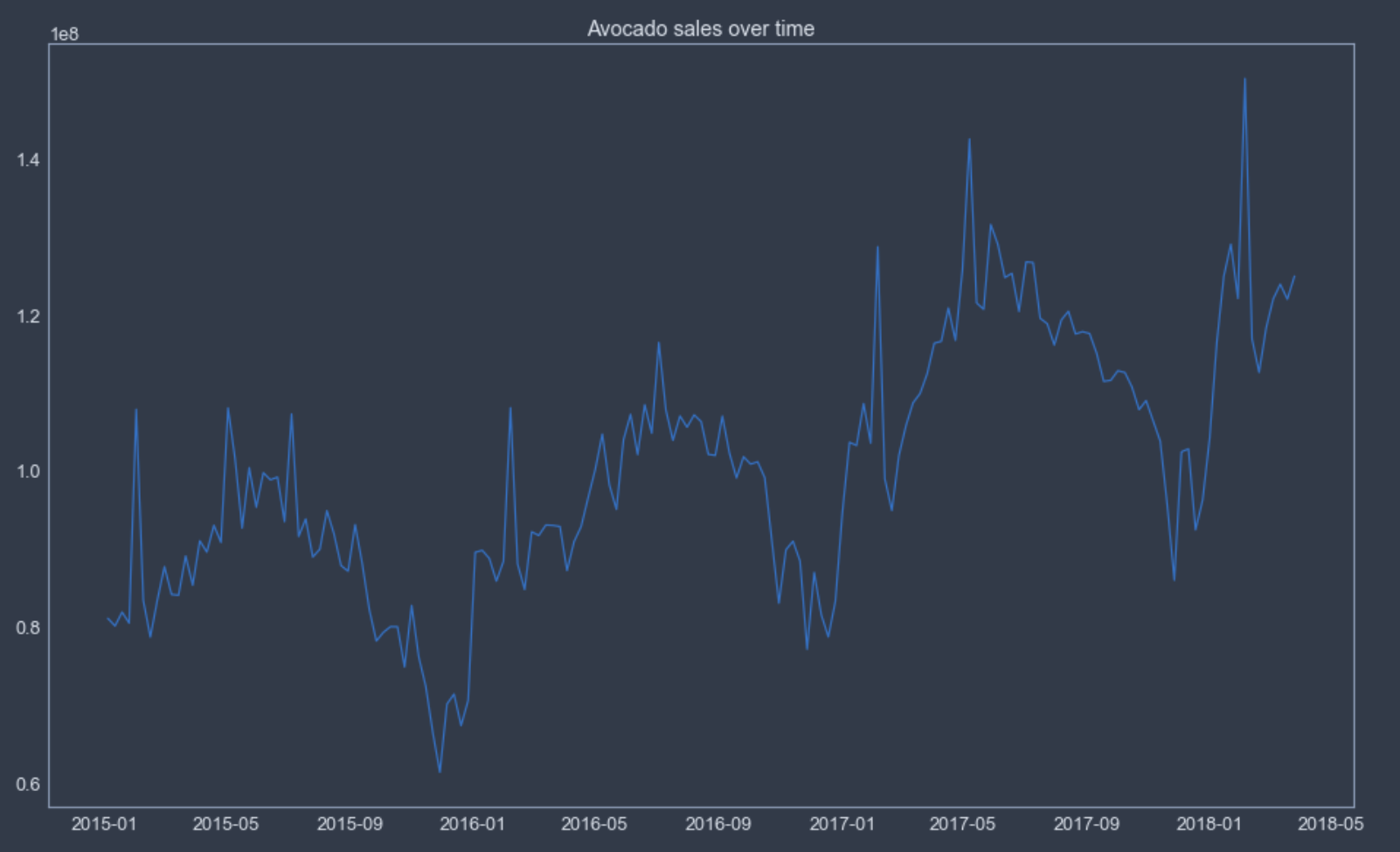 To test whether a series is stationary I have created a function that performs Augmented Dickey-Fuller test as well as plots the means, standard deviations and autocorrelations of 3 partitions of a series. Here are the results for the original data. 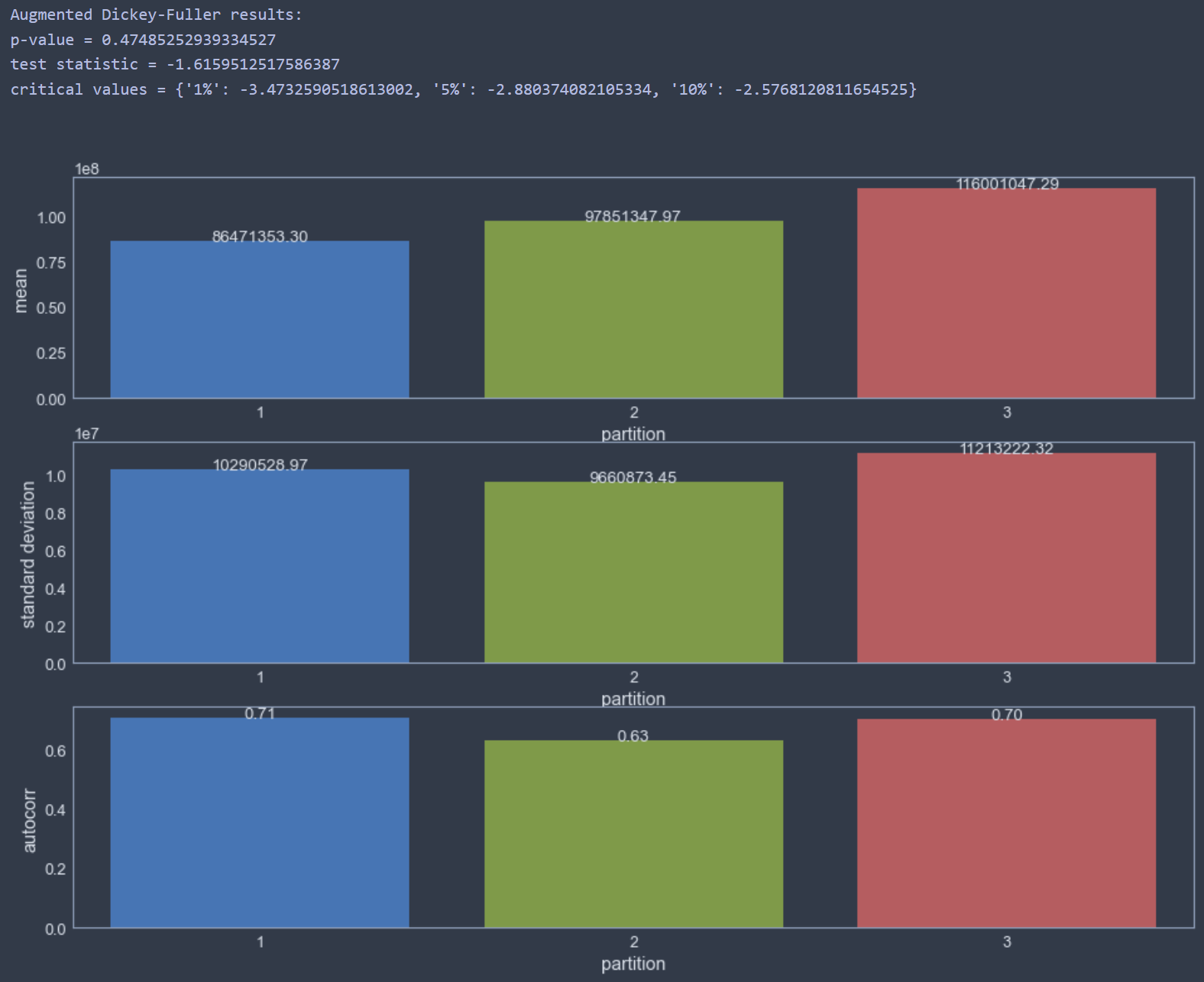 I have then tried removing trend and stationarity in two ways.

I am a little confused by the results and not sure how to interpret them. Removing trend and stationarity, regardless of the method, resulted in greater differences between means, standard deviations and autocorrelations in partitions. Only the standard deviations were similar, when using the second method.

Here are the results for the first method 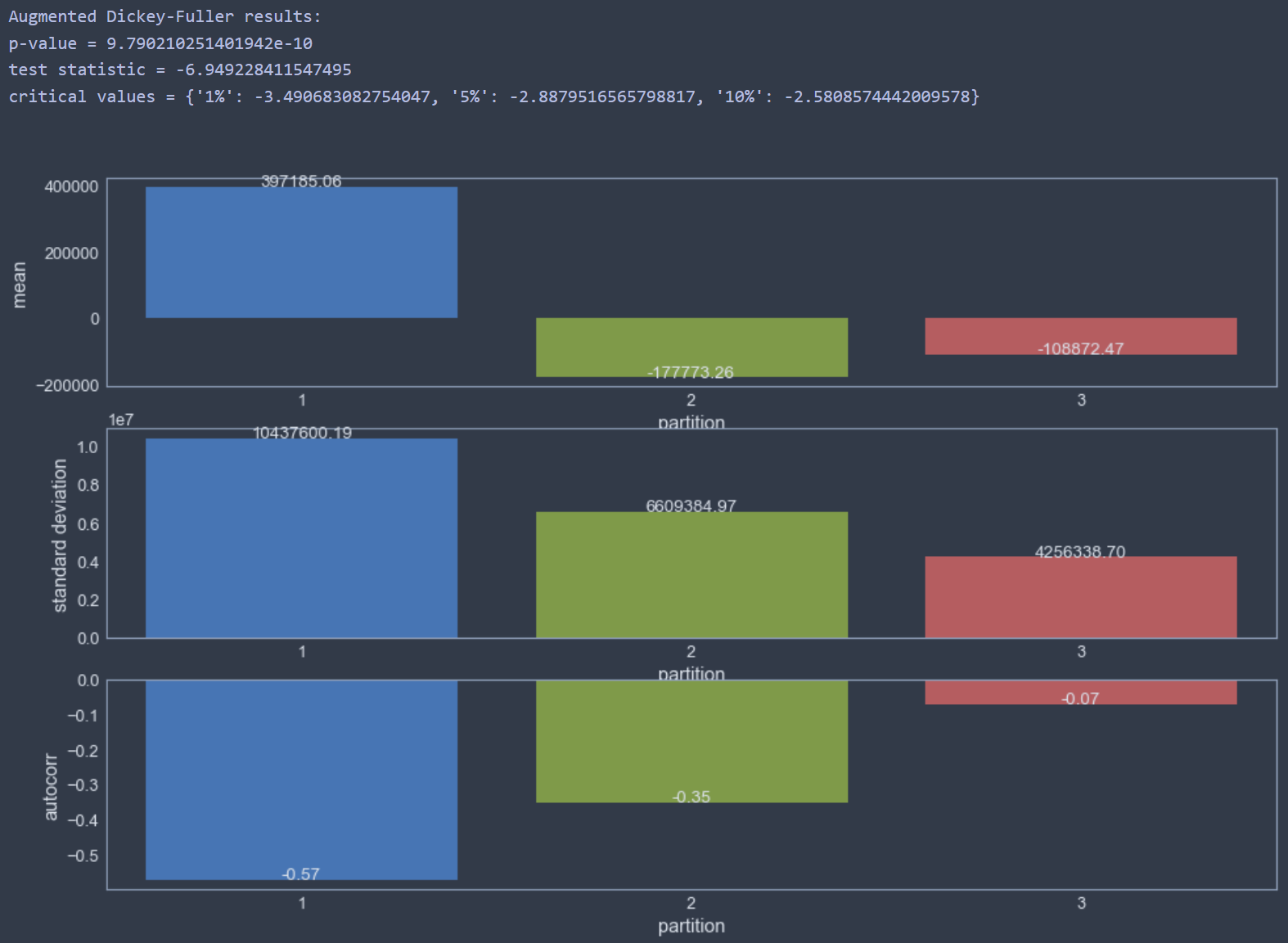 and the second one. 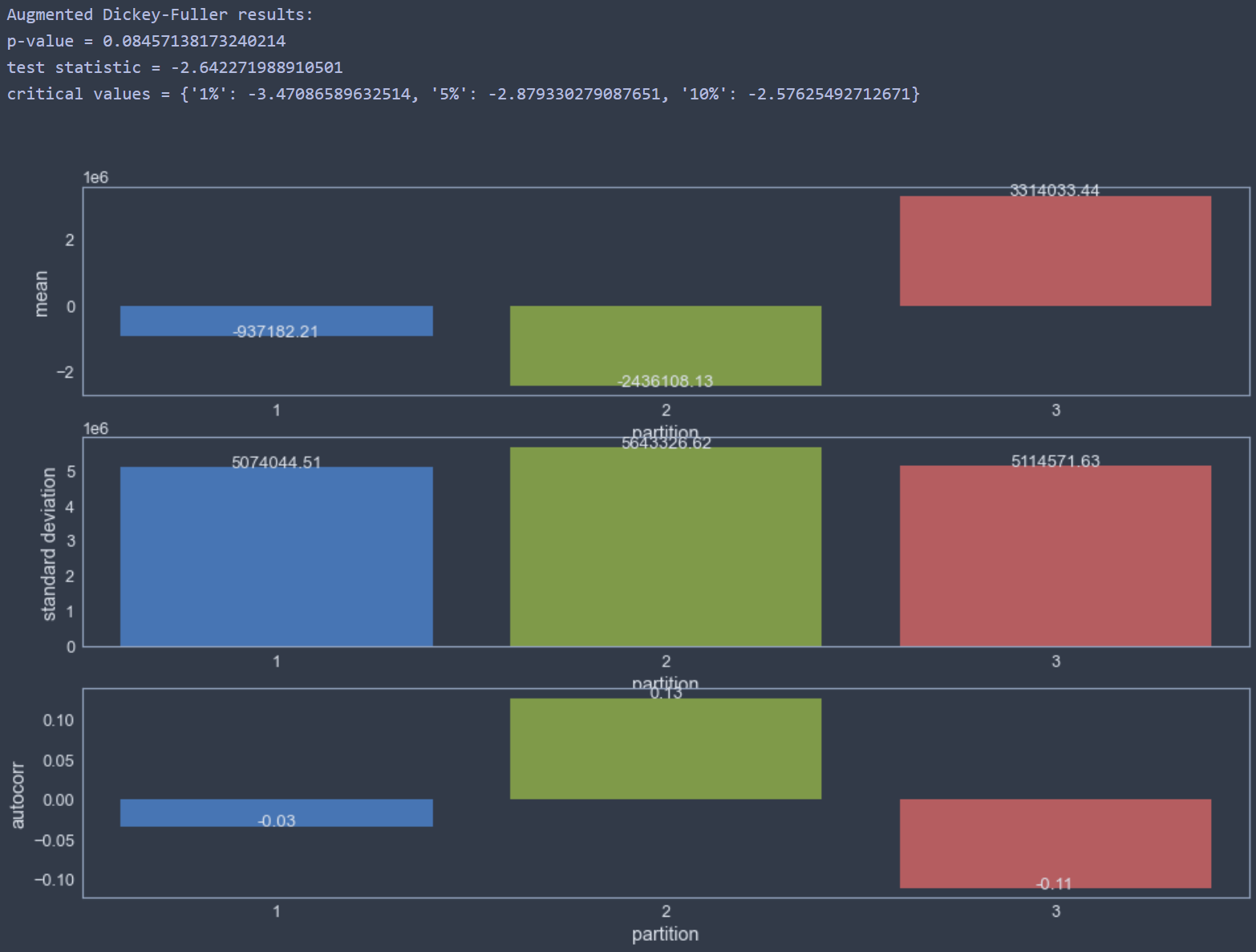 Should I favour the first method since the p-value is smaller? Should I disregard the means, standard deviations and autocorrelations, that test for weak stationarity and say the series is stationary based just on the plot and Dickey-Fuller test? Both of the resulting series look kinda similar and stationary, but I am not sure how to proceed.

Browse other questions tagged python time-series or ask your own question.