I am trying to determine a good tool that will help me generate a probability of a sale for a list of of 300,000 products. I have a table of historical sales data (with about 300,000 records) that contains around 10 continuous variables along with a dependent variable that has a yes/no (i.e., binary outcome) value indicating whether product in the list has had a sale in the past 12 months.

The last variable in the list is of course the dependent variable.

All I want to do is to find a tool that is going to be the best or easiest to use, so that I can assign a probability to each product in the list, essentially giving me the chance to condense my list to the products that are the highest likelihood to generate a sale, so that I can list those products instead of the others that have lower probability of generating a sale.

I am of course assuming that the variables are somehow correlated to the outcome, but perhaps the tool will help me determine that.

Thanks for any suggestions.

Logistic regression would be an ideal candidate for assessing the probability of a sale, but it would be wise to take Emre's comments on 'how many' into account. In this case even a basic aggregation of your top 50000 with a 'yes' dependent variable would get you there-- but why stop there?

You may want to isolate whether or not seasonal (or other cyclical) factors are influencing purchasing behavior (e.g. if you were attempting to optimize inventory levels for the summer purchasing habits). In this case, linear regression with dummy variables accounting for the season or month may be a good way to delve deeper (this touches on the 'classification' point made by Emre). The more historical data you have here, the better.

Back to your point on 'fast'-- you mention Excel so I am assuming Python or R are being ruled out.

RapidMiner or Knime would fit your requirement for 'fast' in any of these modeling contexts. Otherwise, if you're curious, scikit-learn (python) has about 3 dozen other general linear models freely available (R has a vast library as well).

If you can trancode the data into a regular CSV file, then Orange can open it. Orange is a visual programming tool for data science. It includes several classication and regression algorithms which you can use to easily predict any unlabeled data you might have. There are also widgets for clustering and cluster analysis, which you may find useful (e.g. find if there is a group of products that better fits together than rest). 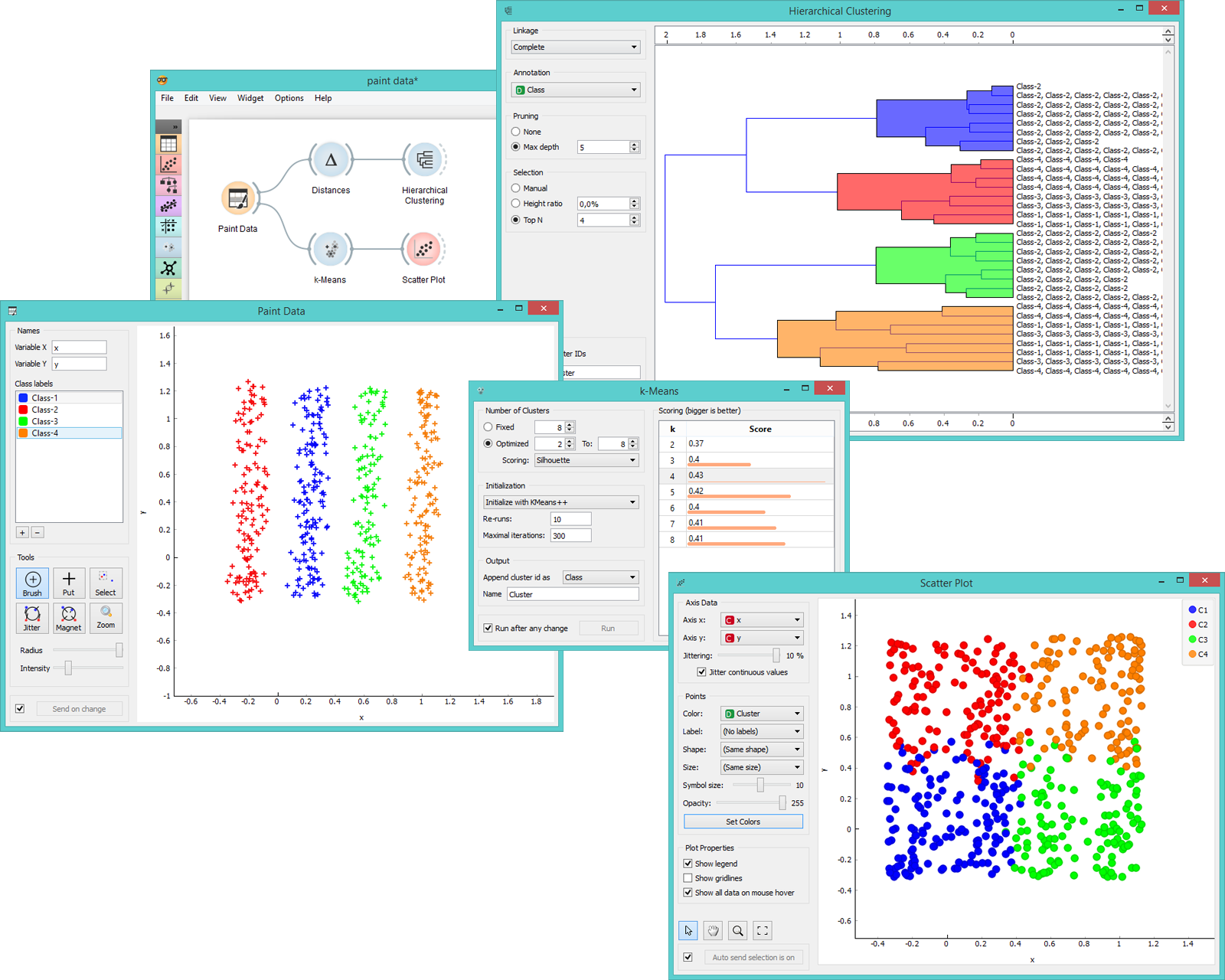 Not the answer you're looking for? Browse other questions tagged regression logistic-regression or ask your own question.

5
Stochastic gradient descent in logistic regression
6
Dummy coding a column in R with multiple levels
3
Which learning algorithms to use in what order - dimensionality reduction, bayesian network structure, regression?
1
demand forecast for B2B
0
How can I use a class variable with many possible values in logistic regression?
2
difference between feature interactions and confounding variables
4
KNN Regression: Distance function and/or vector representation for datetime features
1
Hi, im currently working for a company that has some inventory control problems