Which of the 180 algorithms in R's caret package are feasible?

R's caret package works with 180 models. The author warns that some of the package may be intractably slow or less accurate than top-choice models.

The author is not wrong about this. I've tried to train Boruta and evtree models and had to give up after they ran > 5 hours on a cluster.

The author links to a set of machine learning benchmarks, but those only cover performance of a small number of algorithms, comparing different implementations.

Is there some other resource I can turn to, for guidance on which of the 180 models are worth trying, and which will be very inaccurate or unreasonably slow? 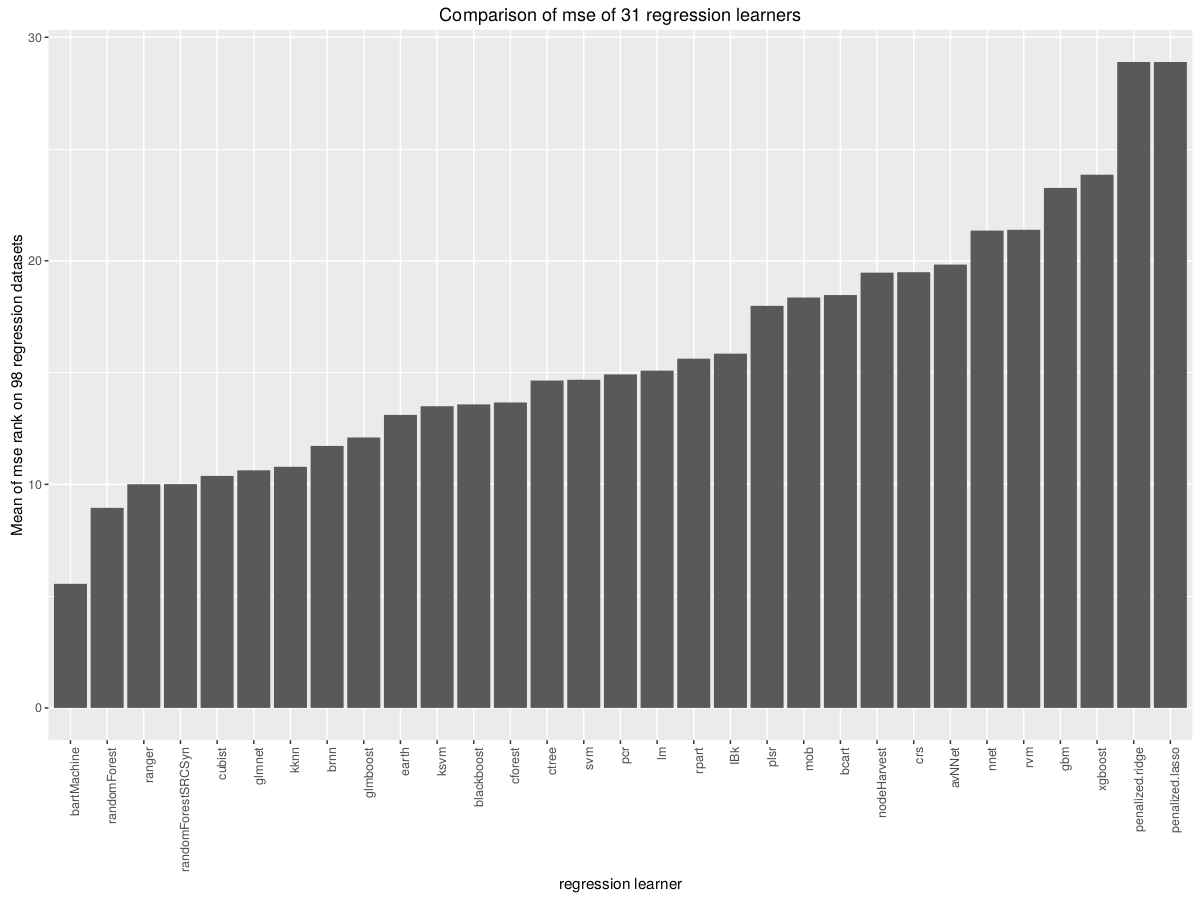 The best boosting and bagging ensembles use LibSVM as base classifiers (in Weka), being slightly better than the single LibSVM classifier, and adaboost R (ensemble of decision trees trained using Adaboost.M1). The probabilistic neural network in Matlab, tuning the Gaussian kernel spread (pnn m), and the direct kernel perceptron in C (dkp C), a very simple and fast neural network proposed by us (Fern ́andez-Delgado et al.,2014), are also very near to the top-20.

Many other studies include comparisons of models used. Some papers prefer SVM others SVM with radial-basis or polynomial kernel for classification. (maybe same thing)

From my own regressions on generated data I recommend earth(MARS) Cubist SVMlinear.

Manisha Thesis first runs tests on UCI Machine Learning Repository then soil fertility which is the focus of the thesis. Best models on UCI were :"elm-kernel is the ELM neural network but with Gaussian kernel", "svr is the support vector machine for regression, with Gaussian kernel using the Lib-SVM library with the C++ interface", extraTrees and cubist. The thesis includes great descriptions of each model and links to more papers."extraTrees achieved the best RMSE for 7 of 10 soil problems". Paper is definitely worth a read.

Not the answer you're looking for? Browse other questions tagged machine-learning r or ask your own question.

11
What are R's memory constraints?
5
Package that is similar to R's caret?
0
Error in Model with caret Package
1
Training And Testing Error Curves caret package in r
1
On which algorithm for boosting is the method xgbLinear of the xgboost/caret- package based on?
0
In which CRAN mirror is the quadprog package available?
0
Caret "train" or special package
1
Reverse of Yeo Johnson variable transformation done by preprocess function in caret package to get original Target and predicted values
1
ML in R (caret-package) missing hyperparameters