Watch the next screen capture. Each of the H's are instances, but Orange already read them as features. 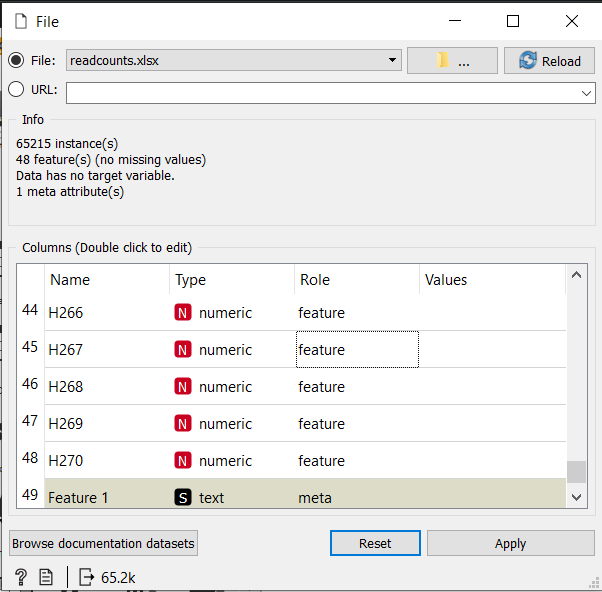 So I tried to transpose the dataset 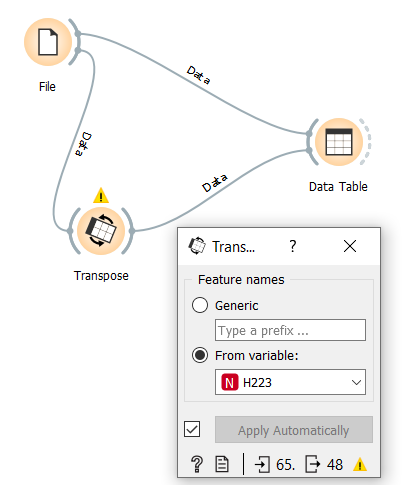 But that didn't help. The dataset was transposed but we keep the instances (H's) as features. Check the red underline, it says that the rows are features. 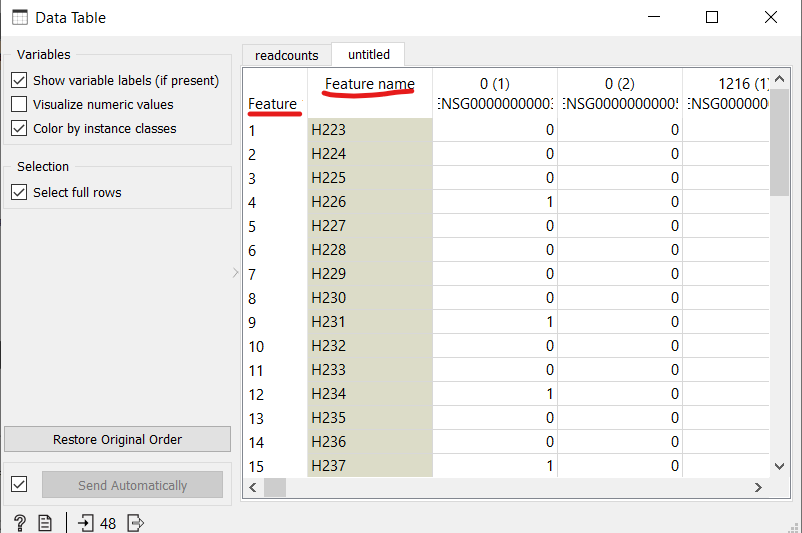 Browse other questions tagged orange or ask your own question.

0
Is there a way to weight instances based upon the values of a feature?
0
Why Orange "Predictions" and "Test & Score" produce different results on the same data?
0
Filtering detail table based on selection in summary table in Orange 3.11
2
Addition and subtraction of values of two columns when using Orange GUI
2
Classifying Data in Orange: What's the difference between 'Features', 'Target Variables', and 'Meta Attributes'
0
Orange3: Is it possible to get the total number of rows for a given column from inside 'Feature Constructor'?
2
Orange Import and process spectra time dependent/kinetics
0
Error using corpus widget in Orange v 3.25.0 text mining and no import document option?