In Orange Data Mining, how do I use results from clustering a training-set to test and score a test-set?

I am performing analysis on the well-known 'Adult' data-set, available on UCI using Orange Data Mining. In a PhD thesis, Pelleg (2004; pg 79) uses unsupervised clustering of the prescribed training set, setting the number of clusters to 4, and then uses the resulting clusters to define continuous regions of feature space defined by each cluster. During clustering, the target variable, 'income' (two classes: '>50K', and '<=50K') is initially treated as one of the features. Each cluster region is then ascribed a class, depending on the majority target variable class, i.e., '>50K' or '<=50K'.

I tried training with decision tree, random forest, and kNN learners (testing and training on the same data) I ended up with 90% ACC (RF learner). I decided to give Pelleg's concept a shot. Right now, I am not concerned with achieving a high ACC, just with being able to build a training/testing workflow in Orange, effectively using clustering as the learner. I have managed to:

Steps 4-5 was the only way I could figure to determine if each test instance falls the 'region' of each cluster (i.e., using kNN learner to find the nearest training instance and effectively placing the test instance in that cluster).

In Orange Data Mining, is there a better way to establish/define continuous cluster 'regions' which can be labeled as a target class (perhaps weighting the size of the region by the size of the cluster?)

Can those regions then be used to test and score/evaluate/build a confusion matrix? 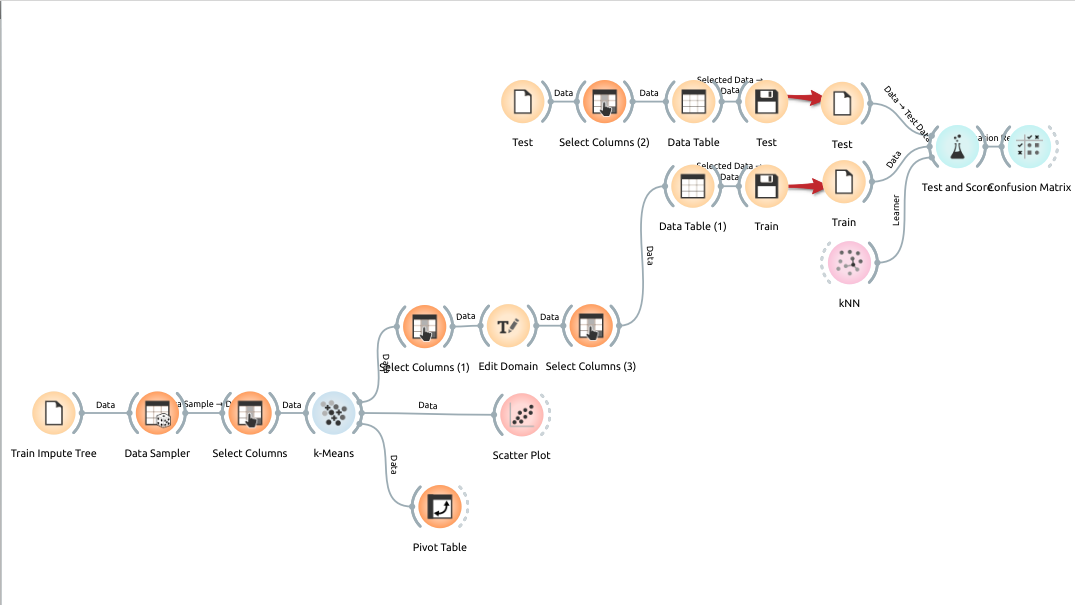 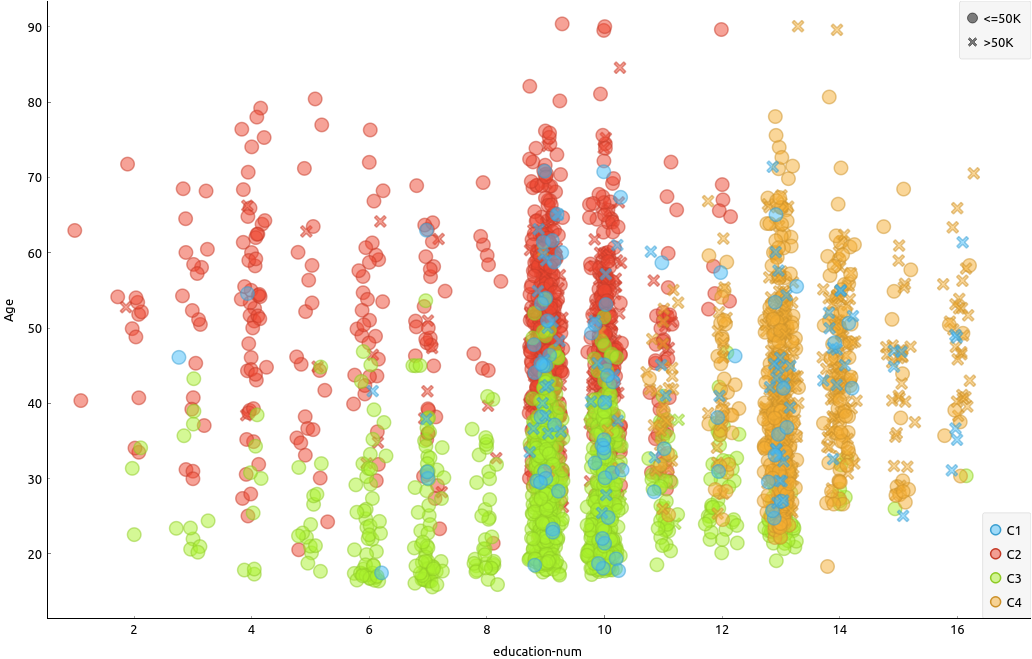 7
Differences between Test & Score results and calculated by Confusion Matrix (accuracy, sensitivity and specificity)
2
Training set, validation set, and test set with Orange
1
In orange, how do you split a given table at a certain row id?
0
multivariate clustering, dimensionality reduction and data scalling for regression
0
Clustering cartesian coordinates associated with 1 categorical feature
1
Derive features from test-set?