My question is, does this have an impact other than computation time? If it were to hurt accuracy, I imagine that would be due to over-fitting. However, if the classifier already identifies the relatively unimportant features, then doesn't that take care of the problem?

If it does hurt accuracy, how should I select which features to get rid of?

I used the gradient boosting classifier in a project a while ago. We had about 130 features and since the system had to be implemented on a microcontroller I tried to reduce the number of features as far as possible.

Here is a plot showing the performance (F1-score) of GBC models trained with the top n most important features: 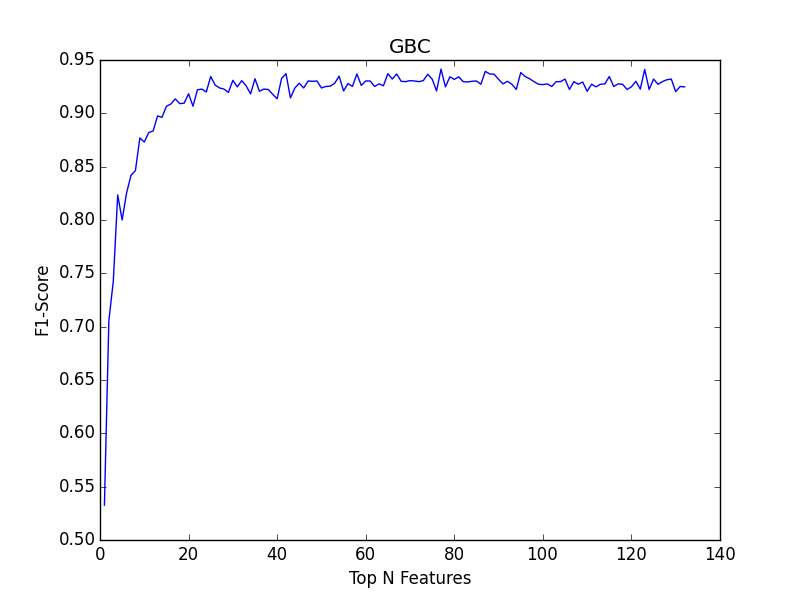 From that image it looks like "good-enough performance" is already reached with only 30 out of 130 features, while the other 100 (unimportant) features don't seem to have much positive nor negative influence.

Only when you zoom in a bit on the Y-axis you see this: 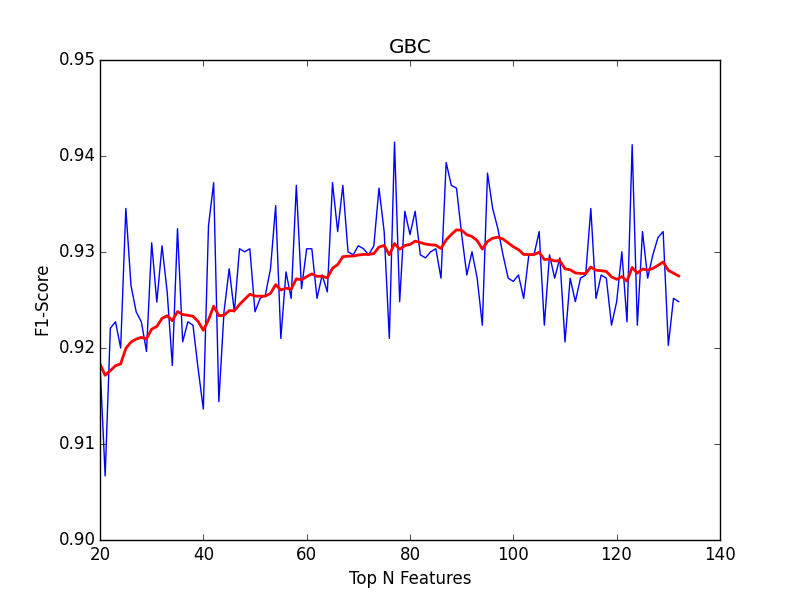 This shows that the performance reaches its peak (0.93) at 90 out of 130 features. So 40 features are unimportant if you want the best model.

To answer your second question "If it does hurt accuracy, how should I select which features to get rid of?":

I did the following:

How to select the top n features in step 1):

Random Forests and GBT are robust against redundant features, so accuracy is unlikely to be negatively affected. That some features have very low importance is evidence of them being ignored. Because the trees are constructed in a greedy fashion, with randomized starting points different features might end up being ignored. If feature Foo and Bar contain redundant information, then Bar will be ignored if Foo was chosen first - and vica versa.

Not the answer you're looking for? Browse other questions tagged python scikit-learn or ask your own question.

3
Are there established good algorithms for incremental feature learning for a neural network? Do any python ML libraries implement such algorithms?
3
Adding more features in SVC leading to worse performance, even w/ regularization
7
sklearn: SGDClassifier yields lower accuracy than LogisticRegression
7
XGBoost: Quantifying Feature Importances
1
How to use Chi-square test in dataset with negative values
2
Logistic Regression Model for categorical features with multiple values in each category
0
Why is XGBClassifier in Python outputting different feature importance values with the same data across different repetitions?