I have a simulated set of data for a gas turbine where dataset looks a like this, As seen from the scatter plots there isn't much of relationship between the dependent variables and independent variables for most of it except y1 with x3 and x5. I did fit an Artificial Neural Network and as expected the accuracy is poor for y2. (RMSE : y1 - 0.162, y2 - 1.475)

Also wanted to know if there are any particular regression algorithms that might be better suited for this type of problem, where possibly some sort of interaction between independent variables provide a better predictions for the dependent variable (I tried Random Forest as well which gave similar accuracy metrics). Saying that however I believe getting better dataset is probably the answer to get better accuracies. 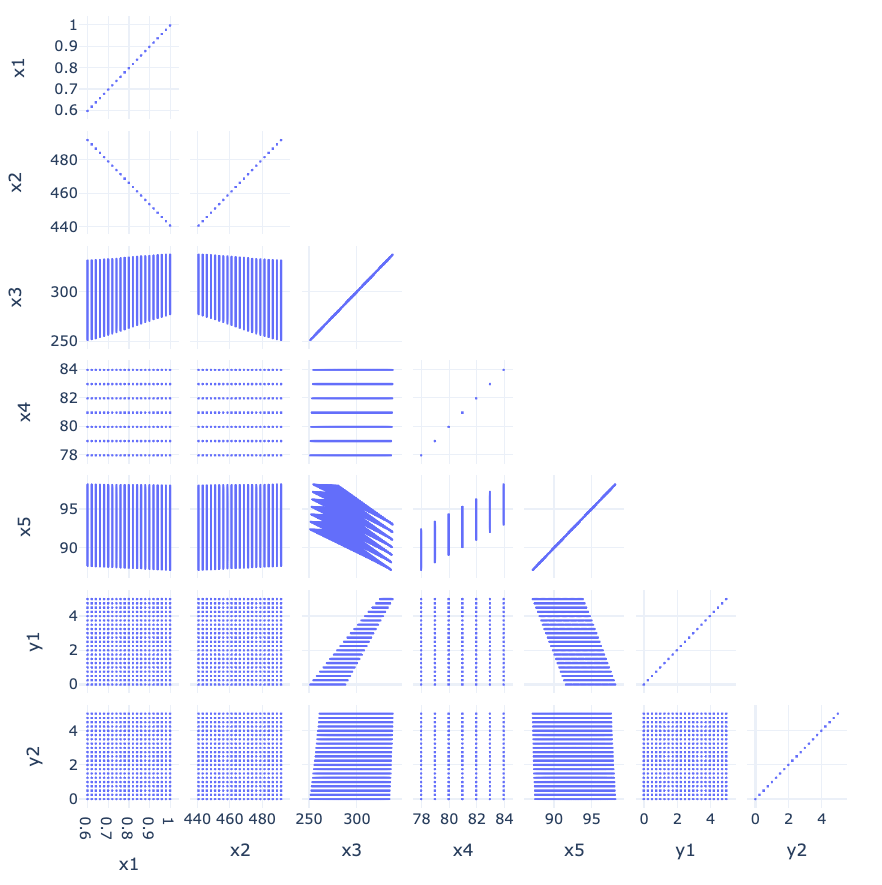