How to improve the neural art algorithm?

I have been playing around the algorithm with tensorflow in this paper. I tried to convert a photo to a Chinese ink and wash painring, but I got some strange patterns in the output picture(those in the top left corner). 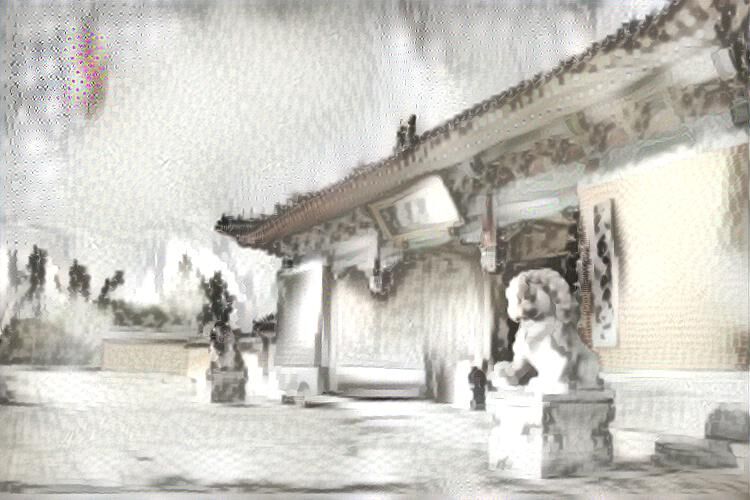 I totally followed the algorithm in the paper except that I add another loss term for total variation denoising. I have some confusions about this:

(I'm sorry that I can't upload my content input image because I don't have enough reputation in stack overflow as a new user. If you're interested, you can search the google image with"Shanghai Jiaotong university" and find the original image there.)

Browse other questions tagged machine-learning neural-network computer-vision or ask your own question.

46
How do subsequent convolution layers work?
5
Purpose of weights in neural networks
0
application of CNN in genomics
10
Why neural networks do not perform well on structured data?
2
Is image sharpening a good idea for data augmentation?
7
Can the vanishing gradient problem be solved by multiplying the input of tanh with a coefficient?