What is the significance of model merging in Keras?

I have learned that Keras has a functionality to "merge" two models according to the following:

What is the point in mergint NNs, in which situations is it useful? Is it a kind of ensemble modelling? What is the difference between the several "modes" (concat, avg, dot etc...) in the sense of performance?

It is used for several reasons, basically it's used to join multiple networks together. A good example would be where you have two types of input, for example tags and an image. You could build a network that for example has:

To combine these networks into one prediction and train them together you could merge these Dense layers before the final classification.

Networks where you have multiple inputs are the most 'obvious' use of them, here is a picture that combines words with images inside a RNN, the Multimodal part is where the two inputs are merged: 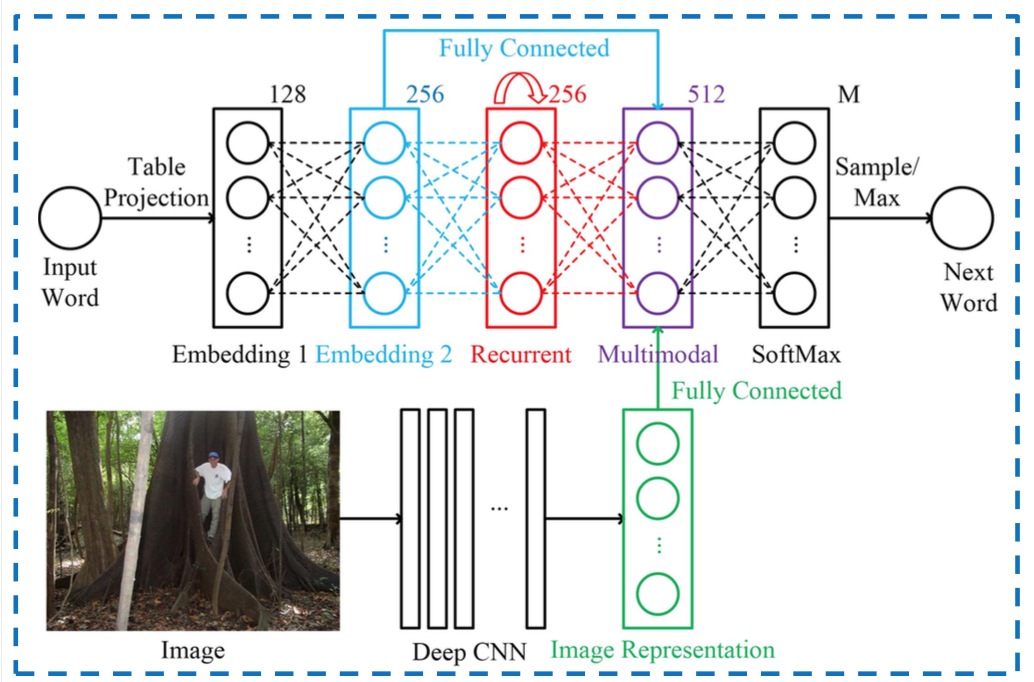 Another example is Google's Inception layer where you have different convolutions that are added back together before getting to the next layer.

To feed multiple inputs to Keras you can pass a list of arrays. In the word/image example you would have two lists:

Then you can fit as follows:

Not the answer you're looking for? Browse other questions tagged keras or ask your own question.

32
What is the best Keras model for multi-class classification?
35
Merging two different models in Keras
1
Reading accuracy in Keras from the saved model
19
What are kernel initializers and what is their significance?
2
Keras - Error when using HDF5Matrix to fit the model
2
Merging two layers