Why does a randomly initialised convolution kernel correspond to an edge detector?

In this nice tutorial about CNNs, the authors build a single-layer CNN. The initial convolution weights are set randomly, according to a uniform distribution.

By the end of this scetion, the authors note that the randomly initialised kernel behaves very similar to an edge detector and give the following input and output as example.

Why does the randomly initialised kernel behave like an edge detector?

Take this with a grain of salt, but I think this is simply not true. You can evaluate it with the code I just wrote: 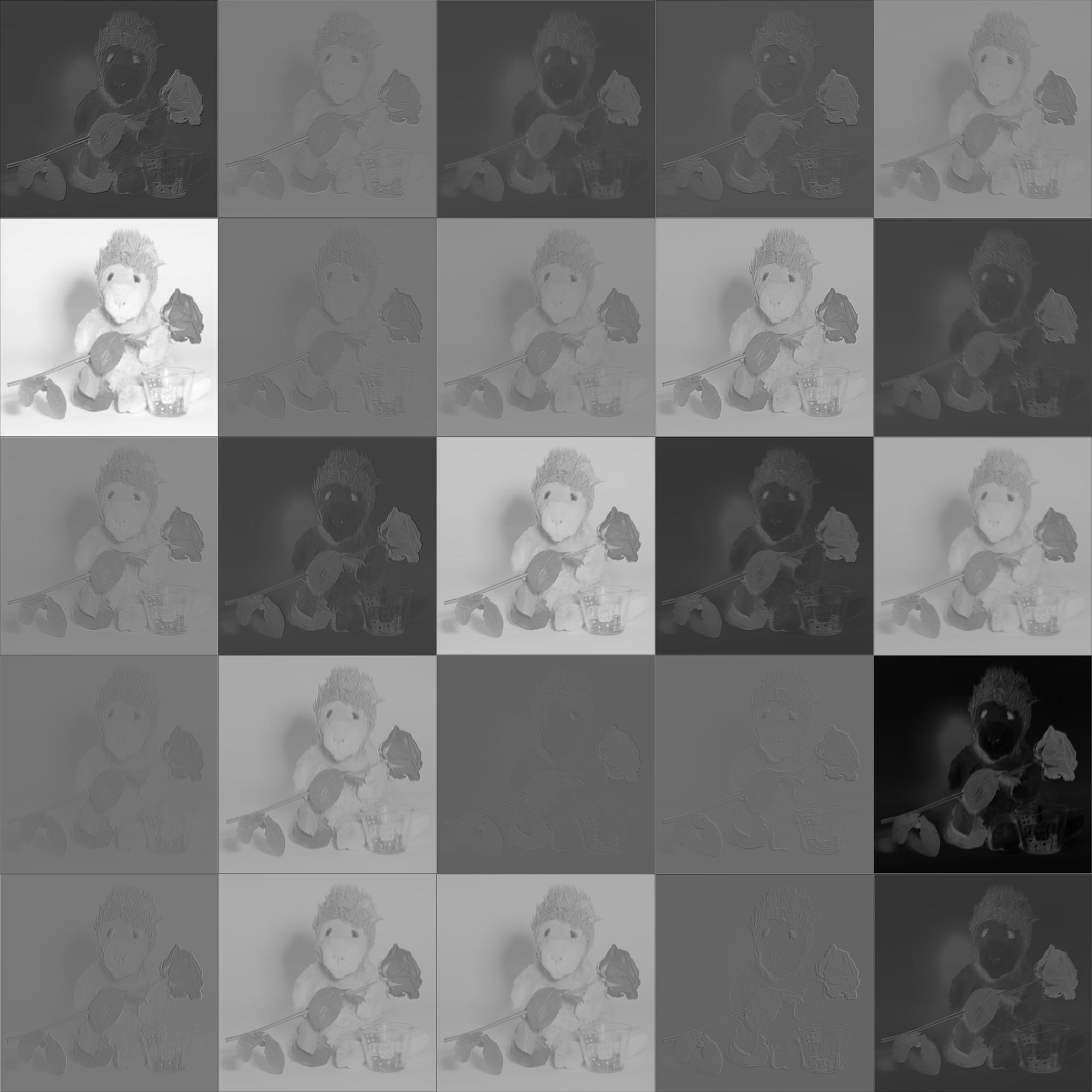 Only 2, probably 3 of the 25 look like edge filters to me. The result of an edge filter looks like this: 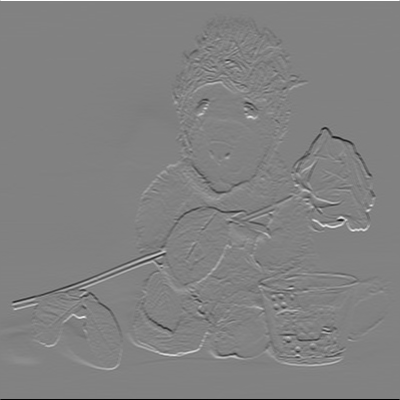 The answer by Martin is not right. In his examples, he only shows that the deep network does not behave like a directional edge detector. In fact, his example below is a smoothed vertical derivative (probably Sobel).

However, we clearly see that it behaves like a direction-agnostic edge detector, such as a Laplacian or the norm of a gradient. Also, we can see that all images look the same, with the only major differences being that some are inverted and others have an additional constant.

In summary, the network behaves like an direction-agnostic edge detector. A bad edge detector, but still an edge detector. This helps explain why deep learning edge detection methods converge a lot faster and with simpler architectures than other problems such as saliency and skeleton extraction.

Not the answer you're looking for? Browse other questions tagged convolution or ask your own question.

6
Why is this not ordinary convolution?
5
1x1 Convolution. How does the math work?
1
Subsequent convolution layers
0
Wrangling data for CNN
1
How to perform convolution with kernel bigger than image?