This is the code I'm running:

The above example is for class 'A'. For another input the classifier predicted 'C' and gave the following result in decision_function

For another different input which the classifier predicted as 'C' gave the following result from decision_function,

How to deduce which class would be selected based on the decision function?

Your link has sufficient resources, so let's go through:

When you call decision_function(), you get the output from each of the pairwise classifiers (n*(n-1)/2 numbers total). See pages 127 and 128 of "Support Vector Machines for Pattern Classification". 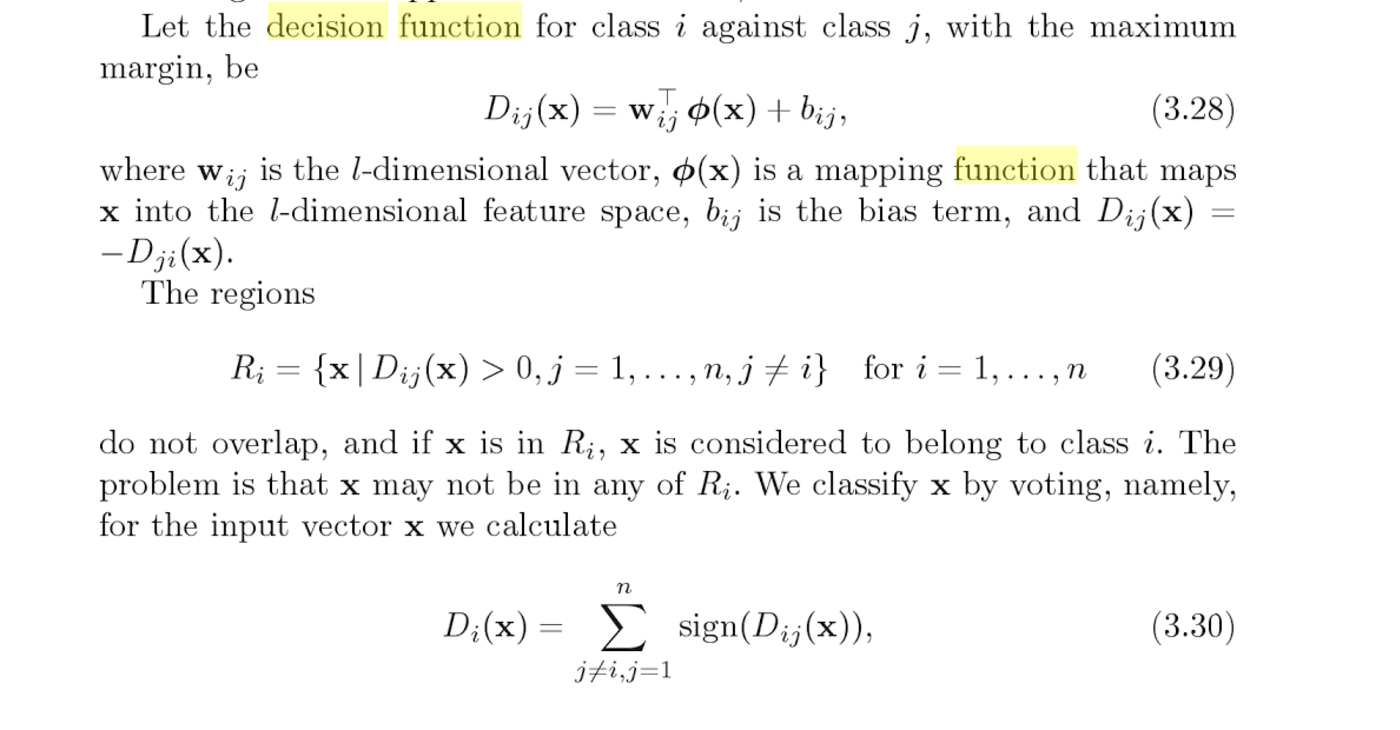 What does that to do with your question?

We label each of them by the sign. We get:

Now we have three C, C would be your prediction. If you repeat my procedure for the other two examples, you will get Python's prediction. Try it!

Not the answer you're looking for? Browse other questions tagged machine-learning python scikit-learn svm or ask your own question.

24
Can you explain the difference between SVC and LinearSVC in scikit-learn?
5
How to visualize results/errors of multilabel classifiers?
0
Classify sensor data (multivariate time series) with Python's scikit-learn decision tree
4
How does the meta Random Forest Classifier determine the final classification?
2
Procedure for selecting optimal number of features with Python's Scikit-Learn
1
(Scikit-learn) differences between LinearSVC, 'linear' kernel SVC and poly kernel SVC with degree 1