Why Decision Tree boundary forms a square shape and SVM a circular/oval one?

I was going through a Udacity tutorial wherein a few data points were given and the exercise was to test which of the following models best fit the data: linear regression, decision tree, or SVM. Using sklearn, I was able to determine that that SVM is the best fit followed by decision tree. I got a very distinct decision boundary when these two algorithms were applied: 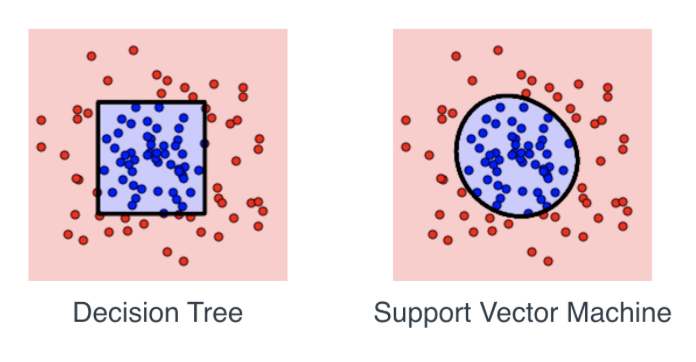 Is there any specific reason for the said shapes or does it just depend on the data sets?

The code was quite straightforward; just reading the CSV, separating the features and then applying the algorithms as shown below:

Shape of the SVM decision boundary depends on the kernel (similarity function) used. The "standard" version of SVM has linear decision boundary. The one displayed could be using Gaussian kernel.

Decision boundary of a decision tree is determined by overlapping orthogonal half-planes (representing the result of each subsequent decision) and can end up as displayed on the pictures. 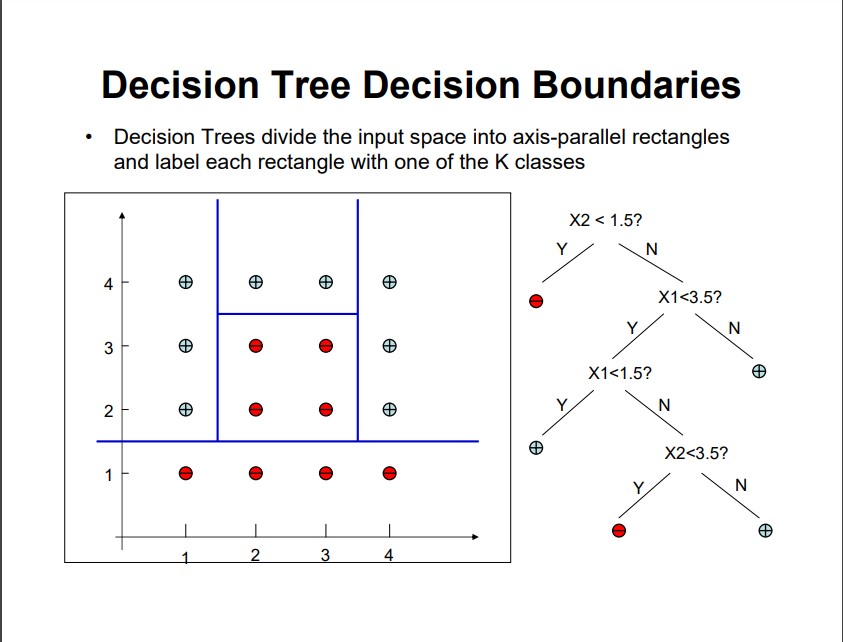 Not the answer you're looking for? Browse other questions tagged machine-learning classification svm decision-trees or ask your own question.

3
Decision Tree generating leaves for only one case
4
Fit Decision Tree to Gradient Boosted Trees for Interpretability
9
When does decision tree perform better than the neural network?
2
Why can decision trees have a high amount of variance?
3
Keras: How to connect a CNN model with a decision tree
3
Binary classfication vs One-class classification
0
SVM, which range to use when normalizing
3
Decision tree and SVM for text classification - theory
2
DecisionTreeRegressor under the hood of GradientBoostingClassifier
0
Orthogonal Decision Boundary in Decision Tree