How to plot two columns of single DataFrame on Y axis

I merged both data frames into a total_year data frame.

The output of total_year: 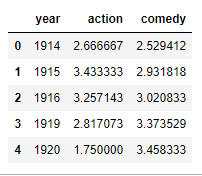 I can plot only 1 column at a time on Y axis using following code:

How can I plot both columns on the Y axis?

I took this photo from google just to let you know guys I want to draw graph in this way:

Feeding your column names into the y values argument as a list works for me like so:

Using something like the answer at this link is better and gives you way more control over the labels and whatnot: adding lines with plt.plot() 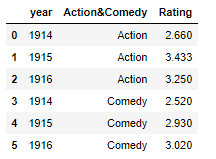 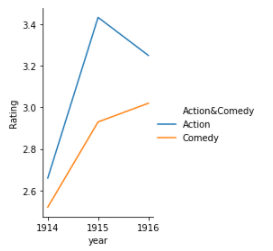 14
How do I merge two data frames in Python Pandas?
1
How to summarize(add) a column according to same year and plot in R?
1
How to make this plot with python
5
How to plot multiple columns with ggplot in R?
0
Plot dataframe with two columns on the x axis
0
Extract seperated value from columns
0
ValueError: ('The truth value of a Series is ambiguous after applying if/else condition in Pandas data frames
0
Python Convert indexes starting from 1 to 365 into months names and display them into the x axis without changing the plot structure?