In order to identify the similarity between images (products) I want to use a neural network approach similar to TiefVision. This pre-trained neural network is basically translating the images into a feature vectors and then creating a similarity measure between the images using a distance measure between the vectors. To make it more tangible have a look at a 2D visual representation below.

I want to take it one step further: When a single user "likes" multiple images, I want to average their feature vectors. This will result in a new vector, which I want to use to calculate recommendations. My assumption is that images close to the combined feature vector will possess similar features towards all "liked" images together.

Now I wonder: Is my thinking flawed - maybe because averaging the vectors will simply lead to entirely different images, or will it actually produce images with similar features? 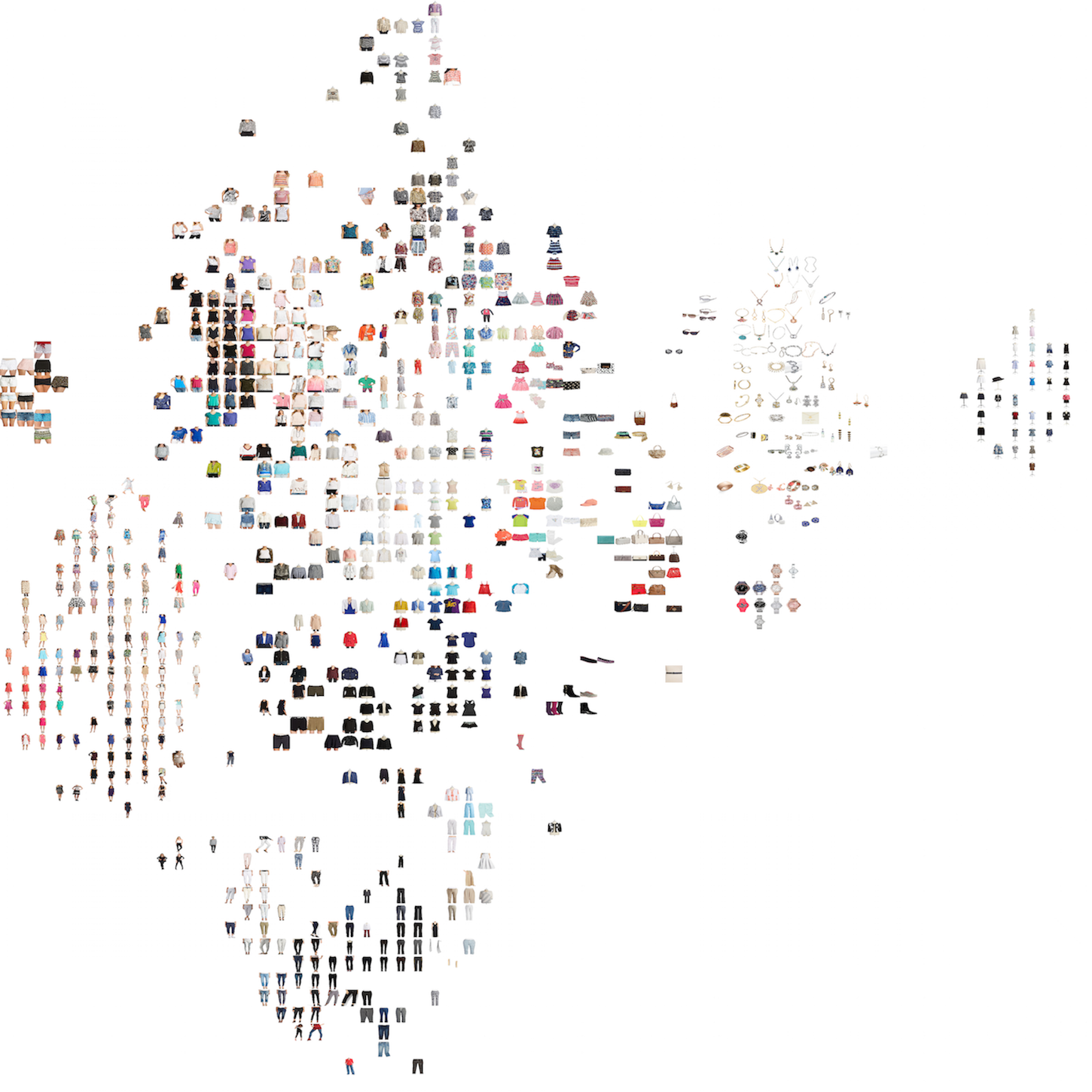 That is a common approach when using embeddings, especially word embeddings.

Not the answer you're looking for? Browse other questions tagged neural-network similarity image-recognition or ask your own question.

0
How do I represent SURF Features into Bag of Words to determine Nearest Neighbors?
0
What is the efficient way to generate a similarity score when comparing two face images?
0
Image similarity without perspective
12
Neural networks - Find most similar images
1
Can I sum up feature vectors of a user‘s collection?
1
How to dual encode two sentences to show similarity score
0
How to calculate similarity between 2 users based on the images they share?
0
How to compute inner product between two networks'parameters
2
Efficiently finding most similar sports from large dataset