Because you have a class imbalance and very little data. Your model is essentially working off of a prior probability that disproprtionately favors the positive class, and you didn't give the model enough data to escape this prior in the learning process. Consider the following detailed output from your model:

Your model correctly identifies that [0,0] is more likely to be negative than either of the other observations, but the model isn't able to escape its bias towards the positive class. If you duplicate your dataset a couple of times, the model will eventually have enough "evidence" to escape this bias. Geometrically, two things will happen when we give the model more data:

Contrast the results from your original model with the what happens when we replicate your dataset 100 times:

So why this difference and why does your logistic regression yield chart 1? The reason is even if it is a machine learning algorithm, it is not really smart. The logistic regression algorithm wants to minimize its cost fucntion (cross-entropy). Cross-entropy can be defined in a really simple way as the distance between your points and the decision boundary.

To avoid this problem, here are three ideas you can do : 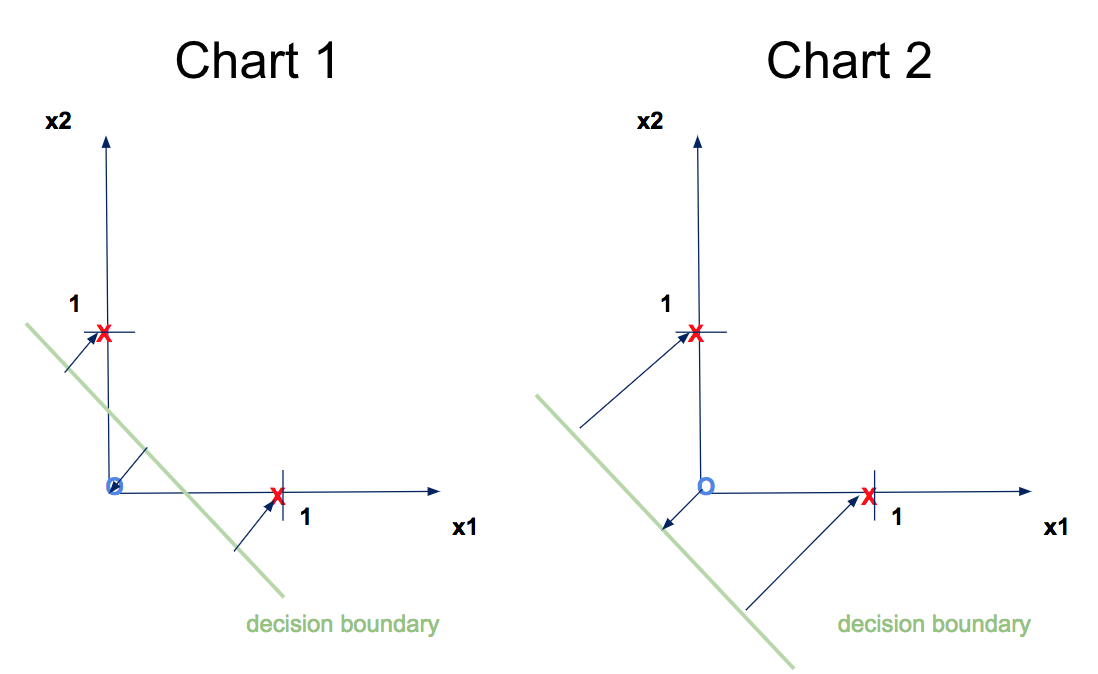 In the simplest language, your model "sees" more number of class 1 examples than class 0 examples (because of very little data), so the probability of having class 1 as output is higher. As others have pointed out, this is a class imbalance problem. So, even if you give [0,0] in prediction, it will return class 1 as output.

The current ratio of classes 1 and 0 in training set is 2:1. When you duplicate the data, ratio becomes 1:1, so the model now correctly predicts your example.

Not the answer you're looking for? Browse other questions tagged logistic-regression or ask your own question.