I have data that has the shape of a step function, which is obstructed by noise. I would like to identify the sections with constant slope in it.

The noise does not necessarily have 0 mean, and the steps are not always abrupt. Also, the points on the x-axis are not equidistantly spaced.

I was thinking about trying one-sided differentiators (like here) but not sure if they would work with non-equidistantly spaced data.

I feel like some sort of a global approach based on optimization would be an elegant way to solve that but so far I couldn't come up with one. 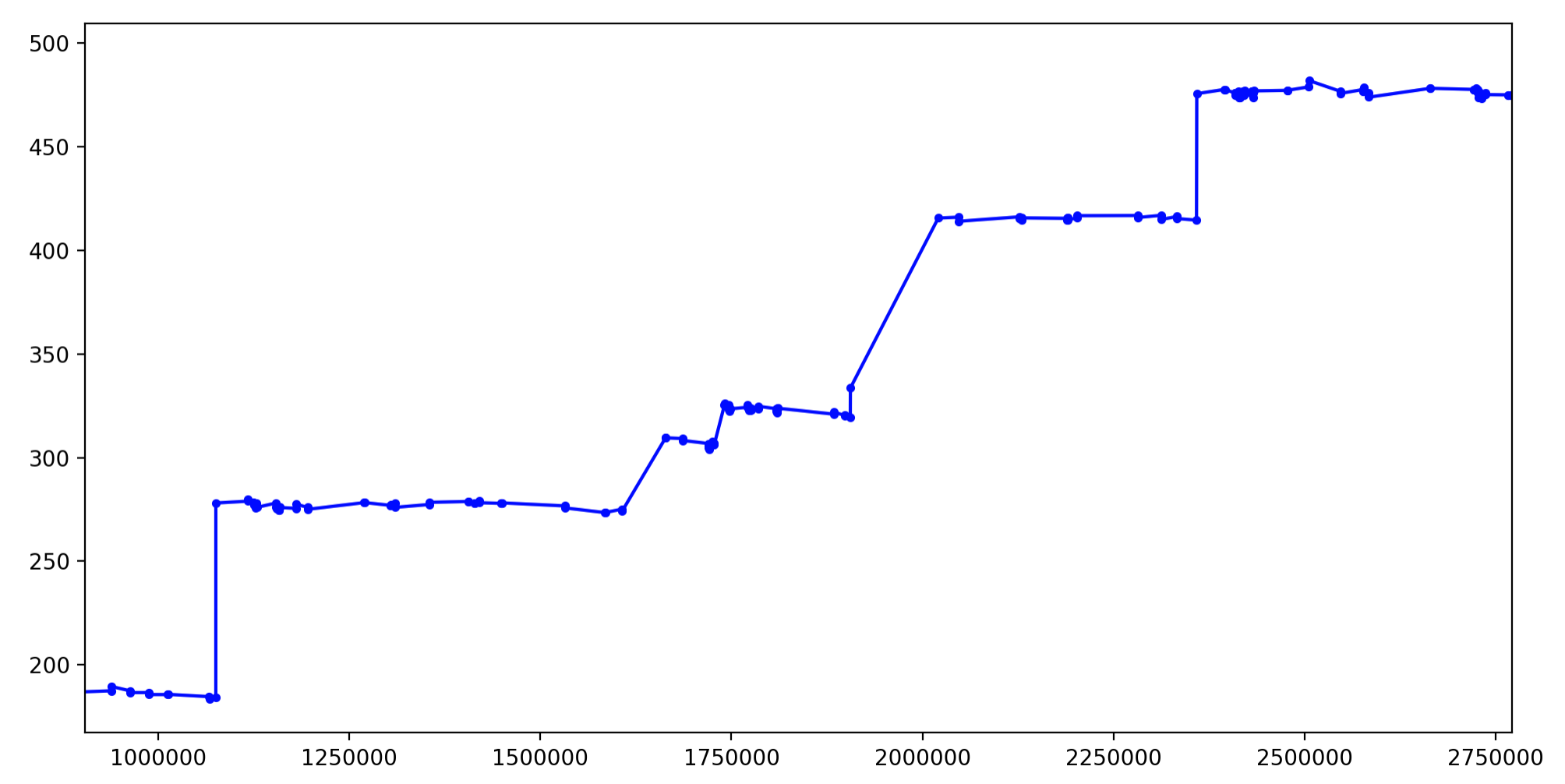 For what you're trying to do, first-order differences without interpolation should work just fine. Once you've done that, the problem reduces to a simple anomaly detection task. Here's a demonstration using topoligical anomaly detection. Briefly:

The technique is essentially a density based outlier detection algorithm that, instead of calculating local densities, constructs a graph of the data using nearest-neighbors. The algorithm is different from other kNN outlier detection algorithms in that instead of setting ‘k’ as a parameter, you instead set a maximal inter-observation distance (called the graph “resolution” by Gartley and Basener). If the distance between two points is less than the graph resolution, add an edge between those two observations to the graph. Once the full graph is constructed, determine which connected components comprise the “background” of the data by setting some threshold percentage of observations ‘p’: any components with fewer than ‘p’ observations is considered an anomalous component, and all the observations (nodes) in this component are outliers.

Here's what our data looks like (spike events in red): 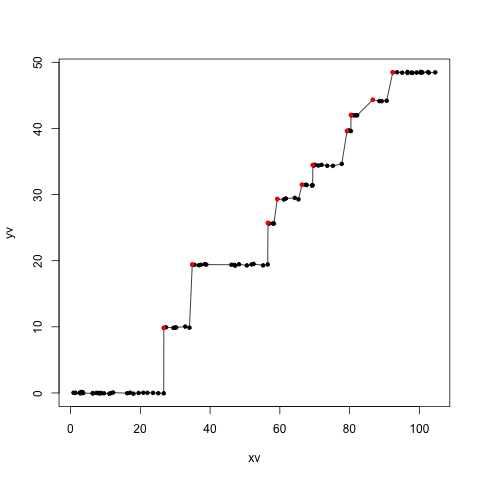 Find us some outliers:

And here's how we did (flagged outliers in red): 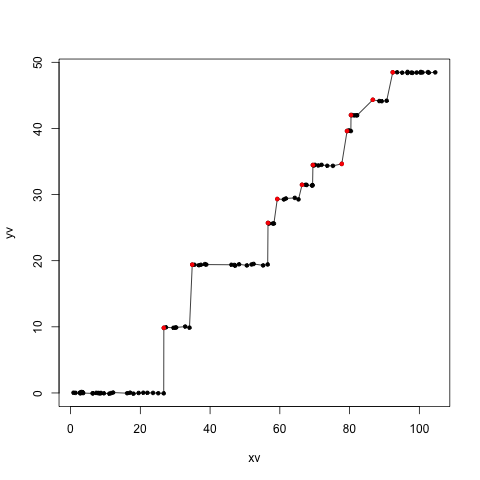 If you go this route, you may need to tweak the rq and p parameters a bit. If you'd rather not deal with the quantile thresholding parameter (rq), an alternative approach is to use a nearest neighbor graph, in which case you'll have to tinker with the 'k' parameter (of KNN). That approach would replace the distance calculations and graph instantiation above with:

Not the answer you're looking for? Browse other questions tagged time-series algorithms or ask your own question.

0
Which optimization technique to use with noisy and slow black-box system?
0
Python: Detect if data of a time series stays constant, increases or decreases
1
How to find similarity of two series over time containing periodic trends?
1
Architecture for multivariate multi-time-series model where some features are TS specific and some features are global