I have been working on data science project where I am trying to build a metric for how inbred a source is in a network. We hope to apply this to intelligence reporting, in which documents tend to cite other sources without the knowledge of an inherent bias. Think WBD Iraq, where a small footnote in a single intelligence report led to second and third order effects that allowed the piece of information to gain more ground then it should—it created an echo chamber.

Our code merges the data set so that each source has each of its citations with the correct ID, and we plot it. However, we are trying to get it to plot as a DAG. In our pseudocode, we have tried this twice unsuccessful. We plan to do transitive reduction after we can make a DAG to get at our point of a metric of the echo effect.

Two Questions: 1) Did we merge the data correctly or should we do more on the front end?
2) We need to work on how to plot a DAG and how we can perform transitive reduction. 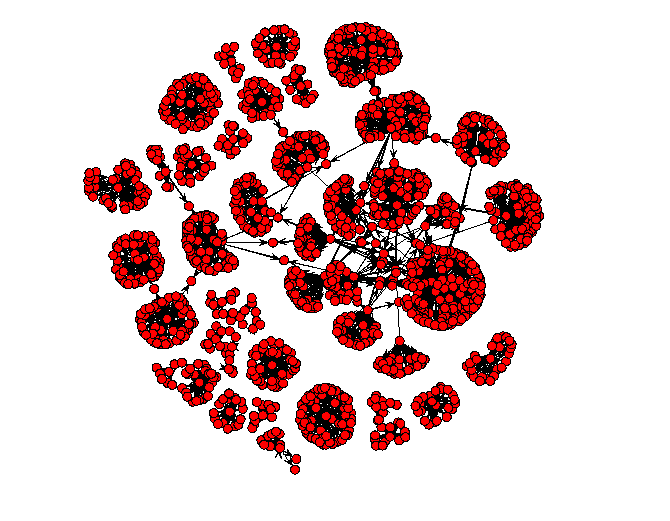 Browse other questions tagged r graphs social-network-analysis plotting or ask your own question.

3
Building a Citation Network to Analyze in R