I have population data from Census.gov:

Specifically it follows this pattern:

The desired outcome is to have discrete data points for each age and year from 0-99 and then an aggregated lump sum figure for ages 100 and greater.

And I want to use the actual discrete population values for ages 85 to 100 for years 1980 through 1989 to achieve that outcome.

Looking at the data we can see that each of the three subsets of years have very similar patterns. More variation in younger ages and variation flattens out for ages greater than 60 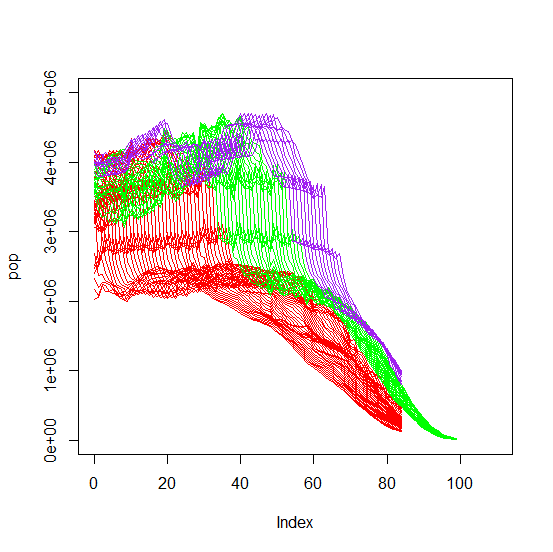 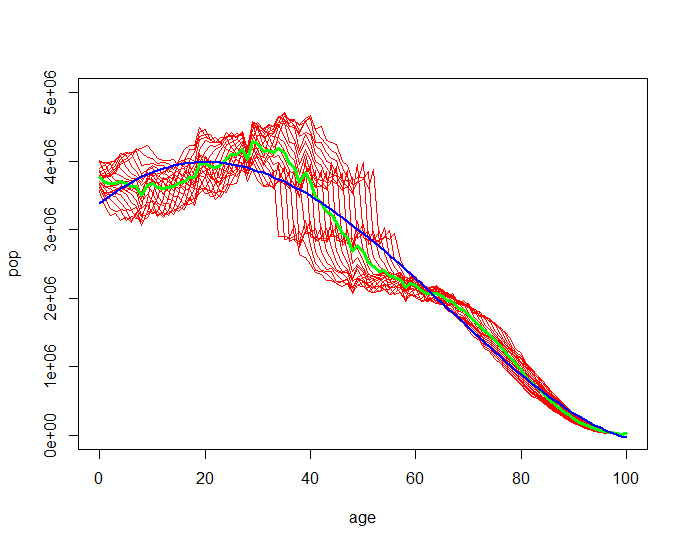 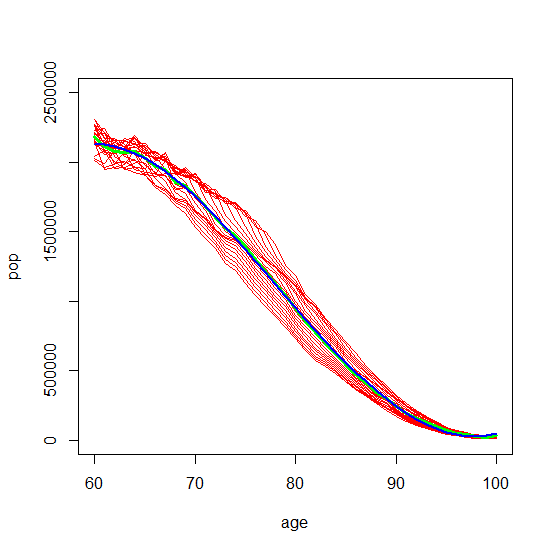 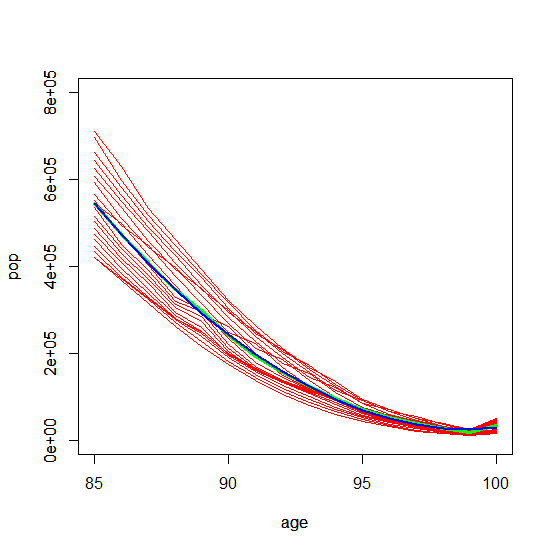 Now if we flip our focus and look at the increasing levels of population we can observe that these relationships are linear. Population rises at a steady rate year over year. 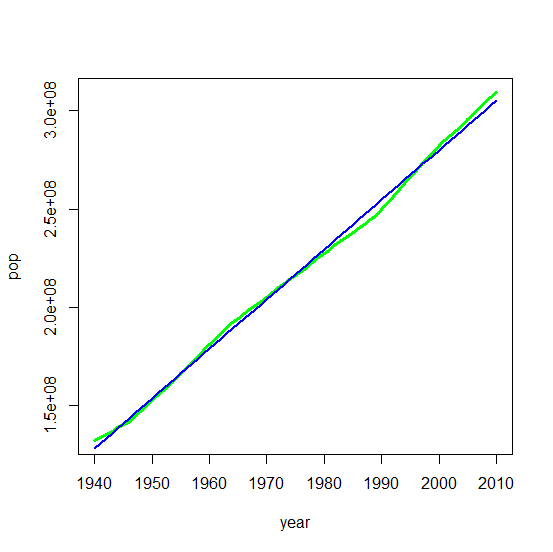 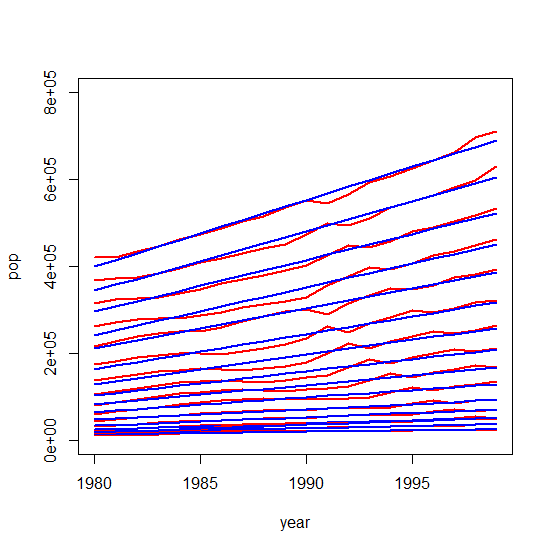 This is where I could use some guidance to move forward:

Does one or more documented methods naturally apply to the problem as I have described it? For example: KNN, PCA, BPCA, Mean, MICE, other?

If there is recommended method can you point me to available R or Python packages and documentation that describes the mechanics of applying a given approach?

I think you need to be wary of using curves to extrapolate beyond the age thresholds - specifically I think you should consider:

I would suggest a different approach. Actuaries have traditionally produced "life tables" which capture mortality in population cohorts. If you can find a set of tables which is applicable to the period in question, you could use these to calculate population numbers.

Not the answer you're looking for? Browse other questions tagged r missing-data data-imputation or ask your own question.

0
Predicting survival on Haberman's dataset
4
What is the difference between Missing at Random and Missing not at Random data?
2
Data prepration for logistic regression : Value either "not available" or a "year"
2
Making predictions with missing numeric data
1
How can we use mean imputation without violating feature correlation?
1
How to build a model on a dataset having 40% missing values in most of the variables?
1
Replace Missing Values with Most Frequent number under Condition
0
Filter for top 10 highest values of group in dataset (in R)