An outlier detection for this data

I have a vector and want to detect outliers in it.

I need an outlier detection method (a non-parametric method) which can detect red points as outliers. 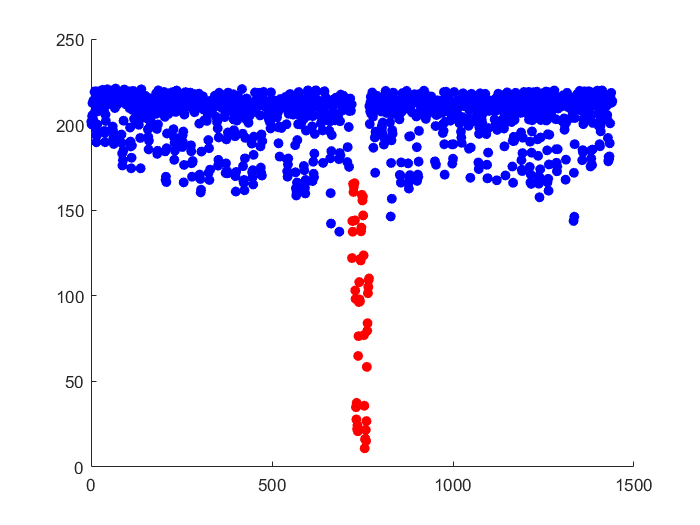 Edit: I have a lot of vectors like this. The pattern is similar to this but the values are different. I mean we can see the height since the values are not constant but overall the patterns of outliers against the normal data are like this. This means in one place they beak the continuity of the blues points and go in different directions. Here is another figure. 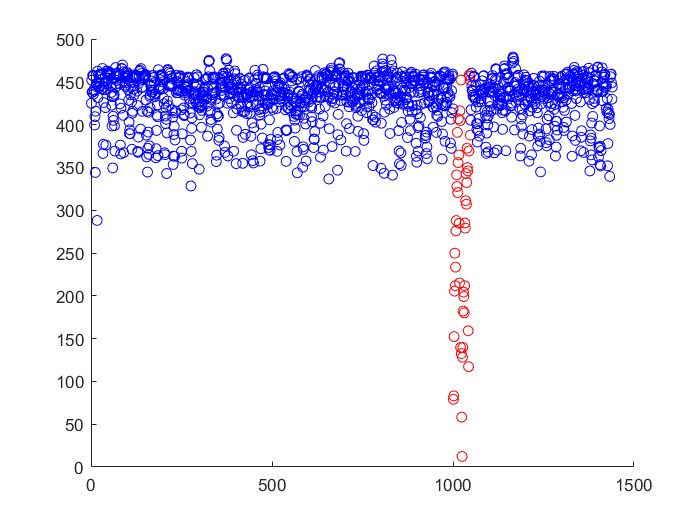 For any given narrow window of time there is a distribution that looks like it's centered somewhere a bit higher than y=200 and has a reasonably stable spread. So whatever that distribution is, that's your model.

Then monitor the recent window, and treat that as a sample. Perform a goodness of fit test against the model. If it fails then the points in the window are anomalous.

UPDATE: Based on what you say about the data representing roughly a minute of time, it looks like you could use a window that's about 1 second wide. Run a hypothesis test to see if the data in the window comes from the typical distribution, and if not, just mark all the points in that window as being anomalous. If you need finer resolution than 1s, simply shrink the window.

Not the answer you're looking for? Browse other questions tagged machine-learning data-mining anomaly-detection outlier or ask your own question.