Most of the aforementioned wonderful R libraries are GPL (e.g. ggplot2, data.table). This prevents you from distributing your software in a proprietary form. As of July 11 2022, ggplot2 uses the MIT + file license while data.table moved on to the MPL2 licence with more R packages, including caret using more flexible licences. 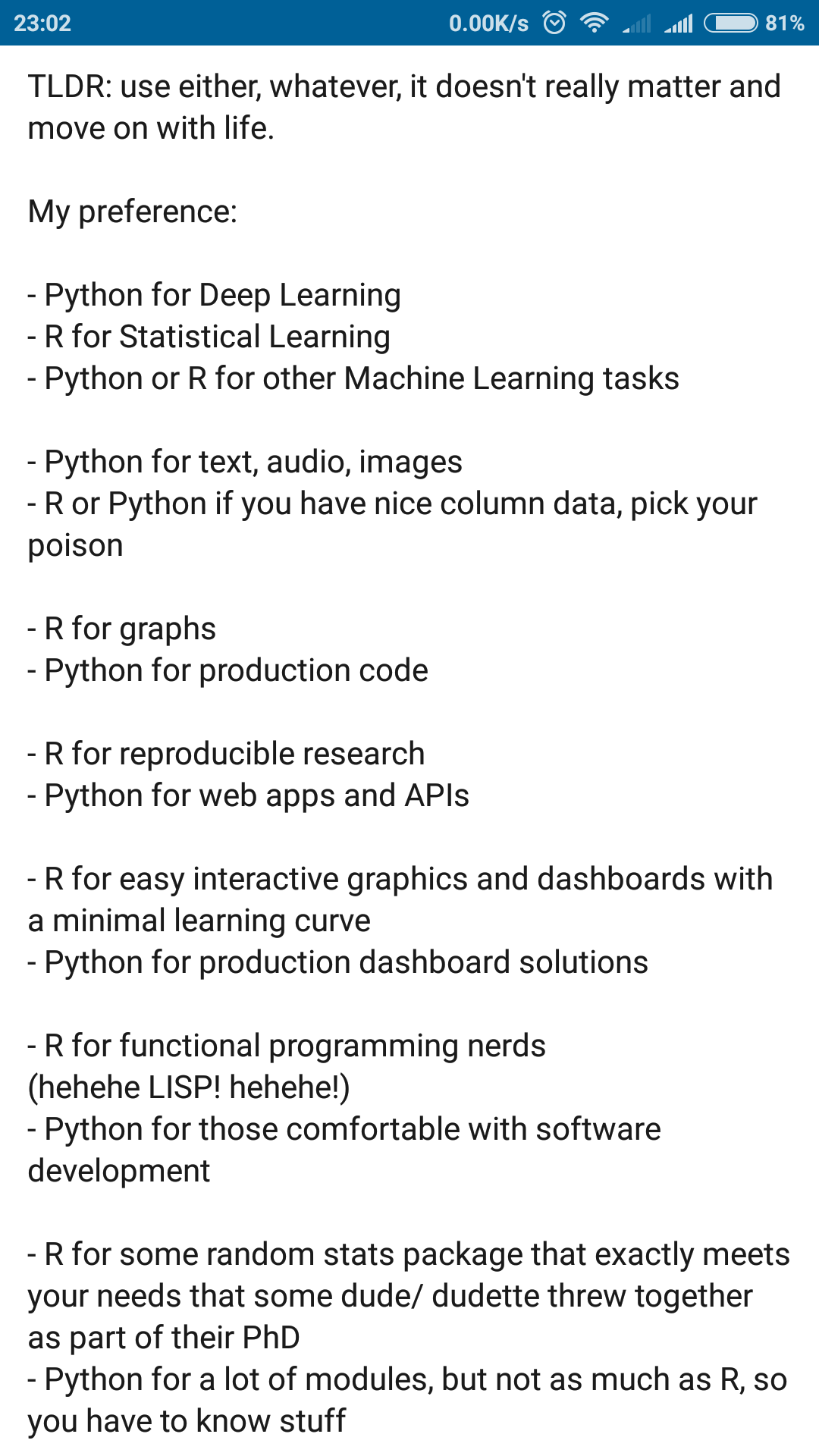 25
Is Python a viable language to do statistical analysis in?

2
Python package for machine-learning aided data labelling
4
Fast introduction to deep learning in Python, with advanced math and some machine learning backgrounds, but not much Python experience
2
How long would it take to become proficient in machine learning for someone with a non-statistical mathematical background?