How to best visualize data when outliers lead to lack of contrasting colors for the rest of the plot?

I have plotted the following map of Philippines according to the population in its regions, using matplotlib.pyplot in Python 3: 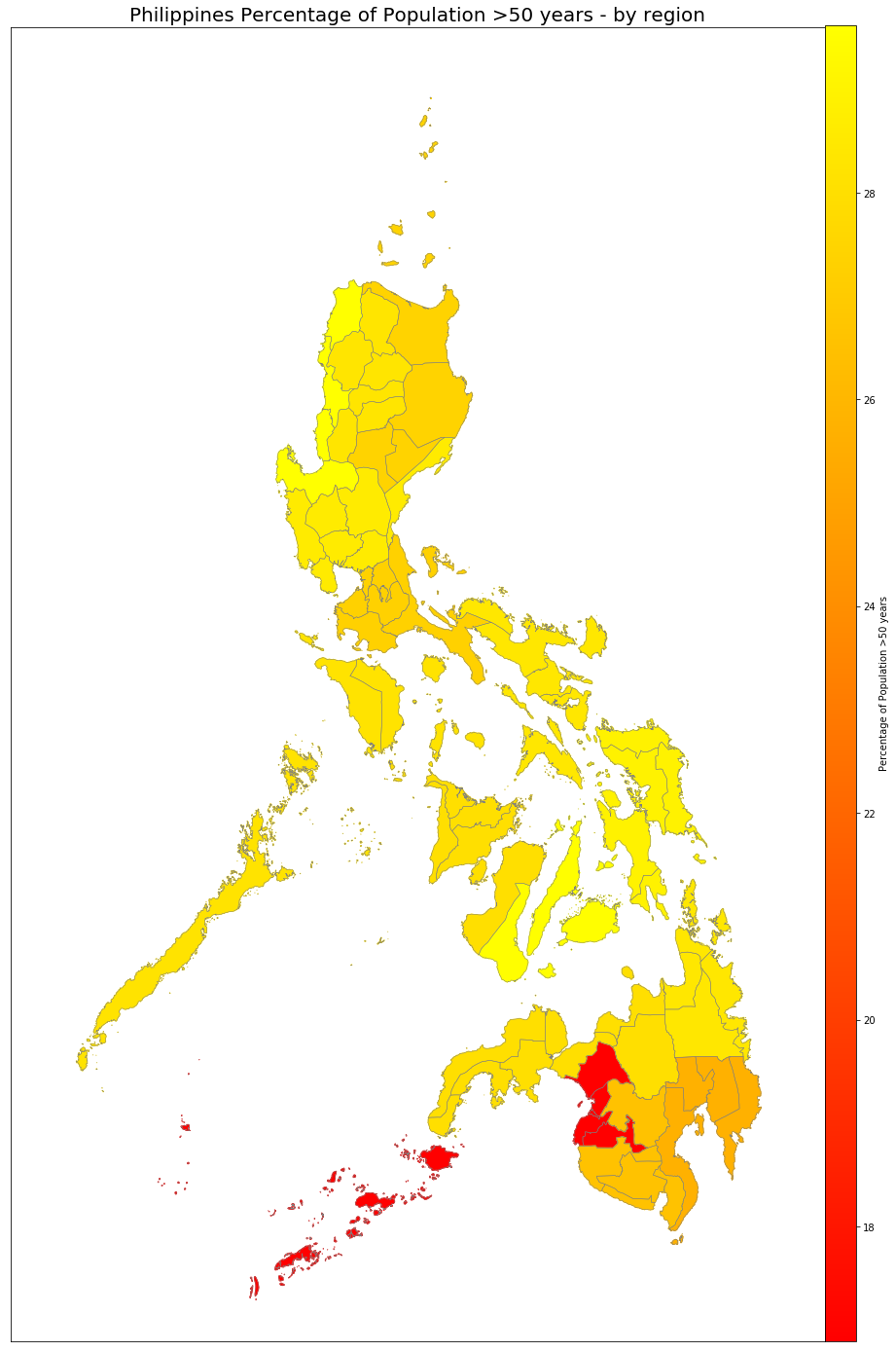 As can be seen, there's one province (in red) that is an outlier. When looking at the data, it is clear:

This is making the plot "unattractive" - there would have been a lot more contrasting colors for the other regions had this one region's data not been an outlier. What options do I have to rectify this?

Any other ideas? What are some of the best practice approaches to tackle this issue?

With Wolfram Language you may use GeoRegionValuePlot with the ColorFunction option to customise the colour scaling.

With some "AdministrativeDivision" "Population" data for the Philippines. 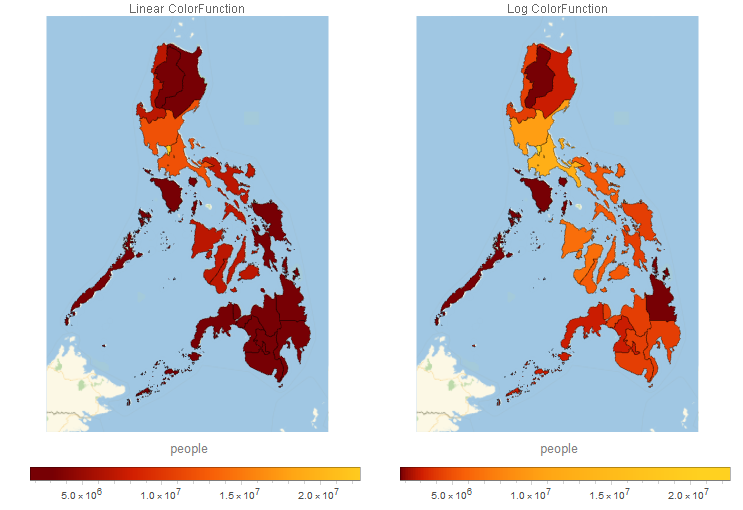 I would recommend two simple but effective methods:

Not the answer you're looking for? Browse other questions tagged visualization plotting geospatial matplotlib or ask your own question.

4
How to visualize categorical data over time?
14
Can closer points be considered more similar in T-SNE visualization?
3
Data visualization of frequencies of state transitions (possibly in R?)
5
How to more simply see overlapping data for dozens of variables?
1
How would you visualize data that comes in the millions of records?
0
Differentiating between normal and attack clusters
2
Multidimensional scaling producing different results for different seeds
0
A Proper Outlier Detection For the Attached Figure
0
How to drop points from a data series for presentation?