How to find 4th point equidistant from 3 other points

As Ankit said in comments, this is not possible in your concrete case, as you cannot just expand 1d point coordinates to 2d without inventing some information.

In 1d, where each point it represented by one single number, it would only be possible to find the 3rd point, equidistant to two original points. If you imagine the two points on a line, the third point would then just be the centre of those two points, which also happens to be the mean of those two points.

For three points, you would require a 2d space, i.e. each point must be a vector of length two: so basically an (x, y) coordinate pair.

If you did have (x,y) coordinates for three unique points, they would form a triangle, and the equidistant position (i.e. your fourth point) is called the circumcenter, and it found by finding the centre of each of the sides of the triangle, then drawing a line through each, which is perpendicular to its corresponding side of the triangle. These three lines will cross at the circumcenter - and it is not necessarily inside the triangle! 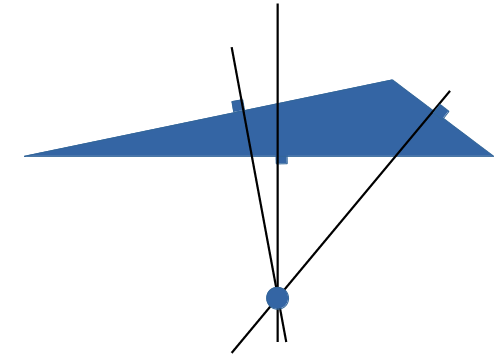 4
Tools to perform SQL analytics on 350TB of csv data
1
Does PCA change the values of the data?
2
How to quantitatively compare two or more complex data sets
0
Is it a Problem if Training Data and Evaluation Data are Very Similar?
1
Transforming data points to match other data points
1
Comparing two data distributions, not the probability distribution