However, I find that the chord diagram is not a very good representation of the data because

Do you have any suggestions for a better visualization of this data, Thanks. This particular one is a d3 chord diagram, but the visualization can be done using any package (Python or JavaScript or R). 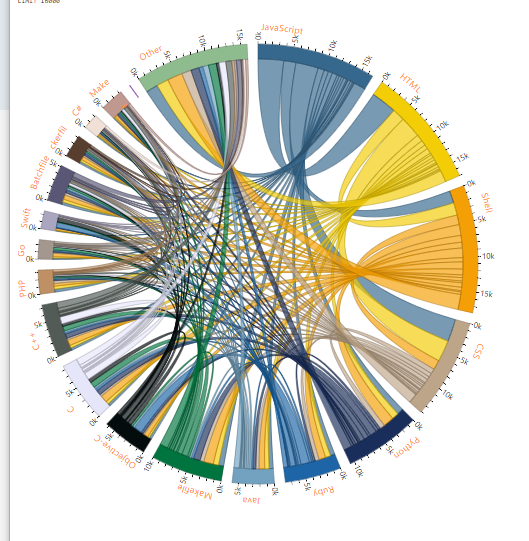 Here is the dataset if you are interested, do this query on Google BigQuery

Without seeing the data itself, two visualisations come to mind. One option is to run hierarchical clustering on the repositories, and plot the results as a dendrogram with heatmap (or clustermap). The second would be to generate a force-directed graph of language co-occurrence across the repos.

This plots all language co-occurrences, similar to an adjacency matrix; this clustermap produced with seaborn is an example of a dendrogram with heatmap: 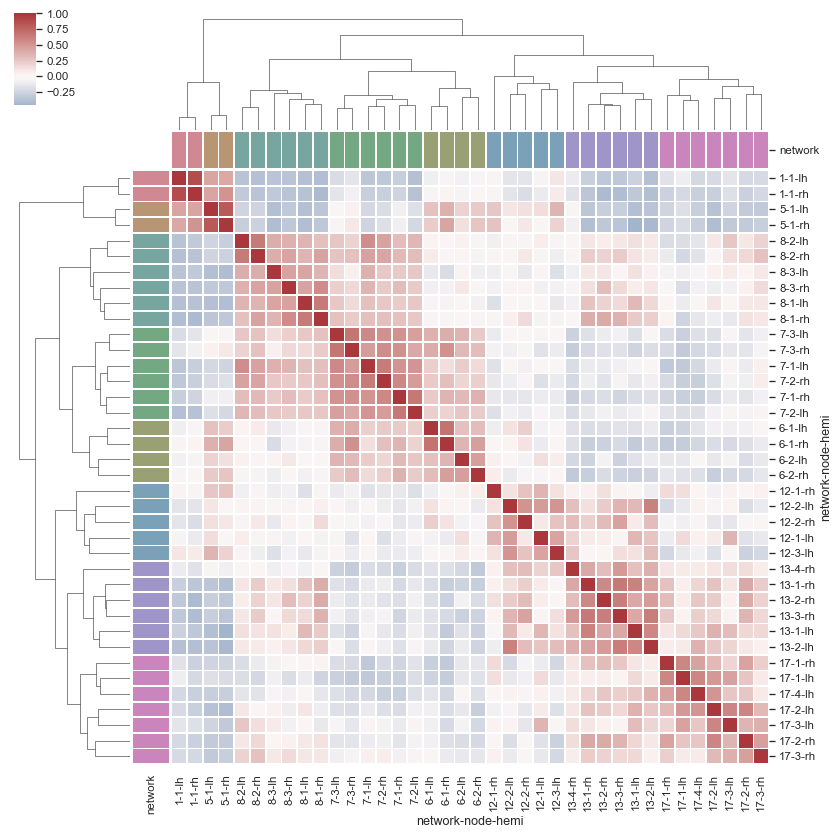 It might be possible to gain insight on predominance/hierarchy from the dendrogram by considering which languages are seen more frequently with others, or not at all. The general co-occurrence of languages should be evident from the heatmap.

The advantage of this visualisation is that it should show relationships between languages more clearly than the chord. In particular, some insight might be gained from the 'hierarchy' of languages within each cluster generated. However, a drawback is that the number of repos is not easily represented.

A visualisation that addresses the drawback of the previous method is the force-directed graph, where structure is derived by using "repulsive forces between nodes and attractive forces between adjacent nodes". This might show the numbers of repos involved more effectively, as nodes appearing more frequently with other nodes are weighted with greater 'mass': 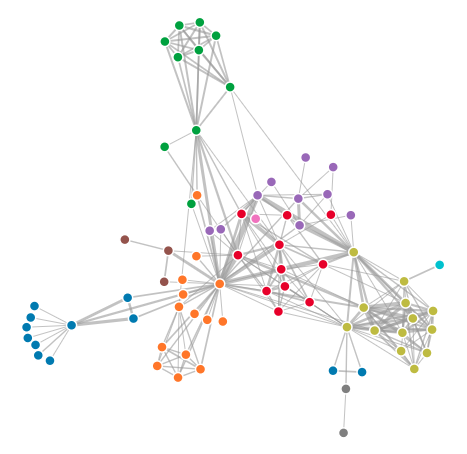 The graph above by Mike Bostock is a great example with code and data, but for your use case it may be improved if language counts were represented by the size of node, similar to this visualisation by Christopher Manning. As an afterthought, this bubble chart might also serve if it could be reworked with edges connecting nodes to show where languages were used together in a repo.

The caveat is that without seeing the data I'm not exactly certain what is possible with this dataset. If you can wrangle the data into counts of which languages appear in each repo, and assume that all languages appearing in the same repo are co-occurrences, then these visualisations should be an option.

Not the answer you're looking for? Browse other questions tagged visualization javascript or ask your own question.