How to compute the maximum likelihood hypothesis?

The Bayes theorem states that:

And I can represent them visually, for example: 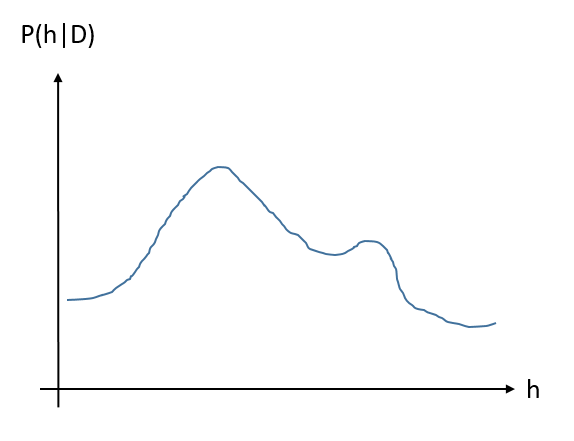 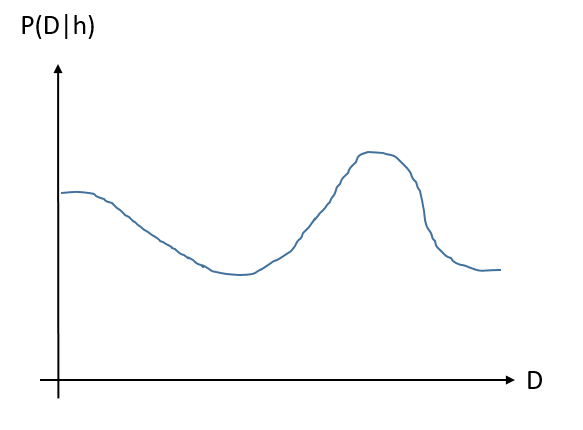 Now, if we know the prior probability $P(h)$ then we can compute the maximum a posteriori hypothesis with the following formula:

Otherwise, we can consider the maximum likelihood hypothesis:

At this step I don't understand how I compute $h_{ML}$ because if I consider $P(D|h)$ represented as in the previous example in the cartesian space we have $D$ in the x-axis, so if I consider the $argmax P(D|h)$ I will find the best $D$ and not the best hypothesis $h$.

What am I doing wrong? Are probabilities $P(h|D)$ and $P(D|h)$ not well interpreted in the cartesian space?

Not the answer you're looking for? Browse other questions tagged machine-learning bayesian or ask your own question.

0
Machine Learning - Choice of features for determining hypothesis
4
How to best estimate the coefficients of a confusion matrix in case of strong class imbalance?
2
How to derive the sum-of squares error function formula?
4
A trick used in Rademacher complexity related Theorem
0
Conditional Multivariate Gaussian Distribution - Section 2.3, equation 2.74
0
How to get the weights of a linear model by solving normal equation?
1
What is the hypothesis space used by this AND gate Perceptron?
1
What is the difference between maximum likelihood hypothesis and maximum a posteriori hypothesis?