I'm interested in finding an analogue of neurobiological reentrant systems in computational neural networks. It has been found that certain pathways of the brain synapse on earlier regions in the pathway, and there are implications for functionality, learning, cortical organization, and more (Hoshi et al. 2005, Edelman and Gally 2013). Of course, it almost seems natural and intuitive that the brain would connect pathways back on themselves to perform corrections and error minimization.

Based on this intuition, I would have guessed that I could easily find examples of reentry in computational networks. There must be another name for such behavior that I'm missing. I'd like to hear more about work in this area, or if it doesn't exist, why?

I could imagine parallels being drawn between reentry and RNNs or GANs, although any variety of those aren't necessarily what I'm thinking of in terms of reentry.

To clarify, here's a simple schematic of what I'm thinking of: 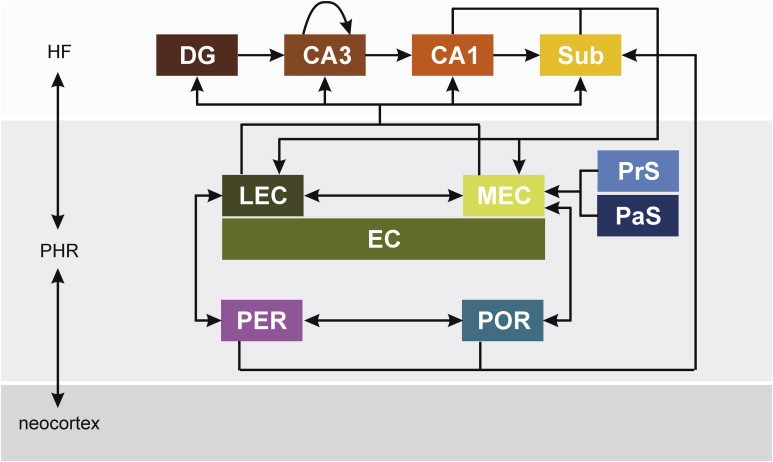 As you can see, there are multiple points of reentry: CA3 is auto-associative, the dentate gyrus and other hippocampal structures synapse back onto the entorhinal cortex, etc. Is there any attempt to replicate this behavior in, say, a feedforward neural network architecture? With some sort of stopping mechanism to prevent an infinite loop, I suppose.

Browse other questions tagged neural-network or ask your own question.