Pytorch: How to create an update rule the doesn't come from derivatives?

I want to implement the following algorithm, taken from this book, section 13.6: 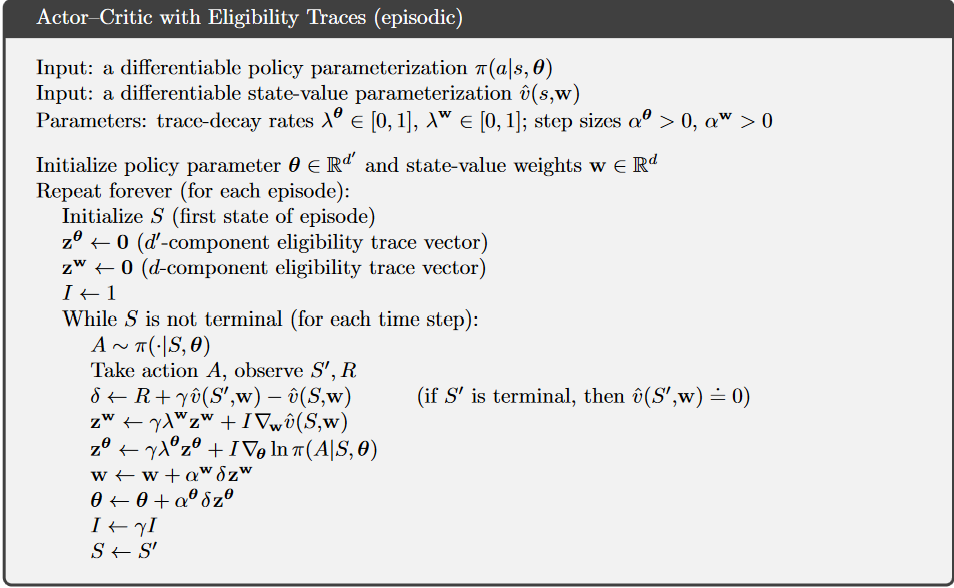 For this question, I will refer only to $V(S,w)$ for simplicity.

The update rules for w and for theta, the two networks' parameters, depend on Zw and on Ztheta, which in turn depend recursively on themselves, as well as on the networks' outputs' derivatives.

Simplifying the equations to create a loss term [that pytorch can handle] that could be derived using loss.backward() would yield

thus the loss would be

A few things I am struggling with:

8
Where does the name 'LSTM' come from?
1
Deriving the update rule for mean in k-means clustering
2
Purpose of backpropagation in neural networks
3
Where does the "deep learning needs big data" rule come from
0
Confused with the derivation of the gradient descent update rule
0
How can I load the custom data in the data loader (pytorch)