how does splitting occur at a node in a decision-tree with non-categorical data?

According to a website (:http://dataaspirant.com/2017/01/30/how-decision-tree-algorithm-works/) , these values are chosen randomly: 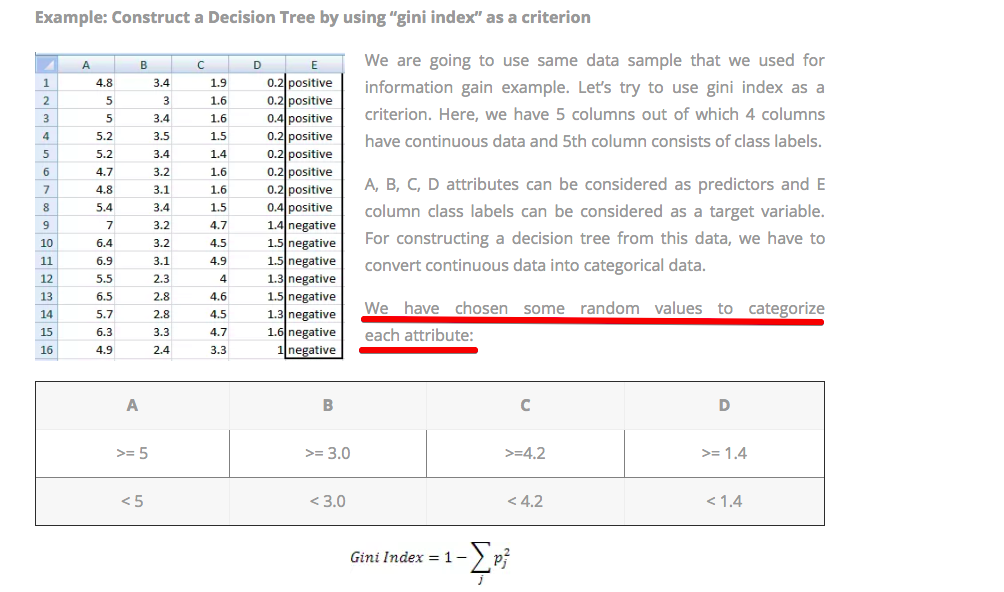 I don't think this is the case with any optimized way of creating a decision tree. In this image(different example) the value is 2.45 for the root node: 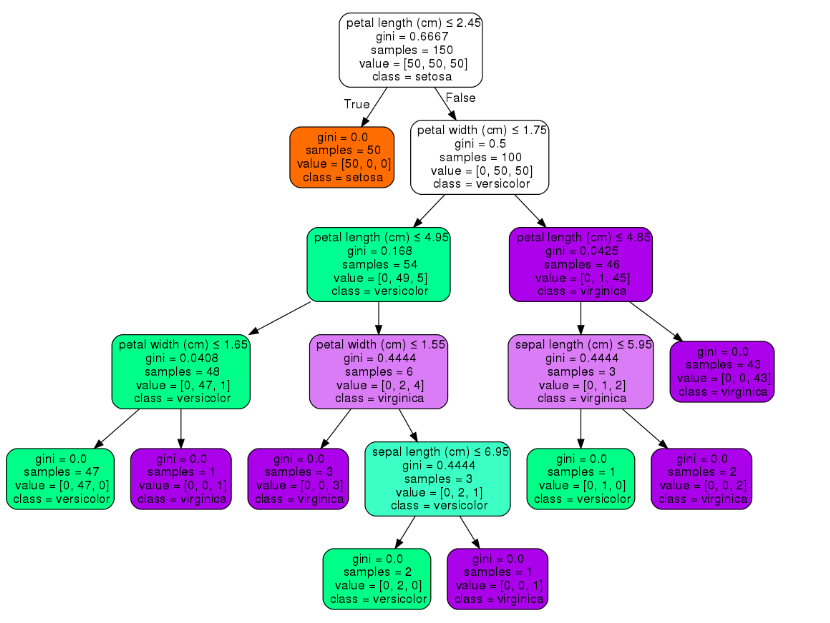 No, I don't think values according to which the branches are seperated are chosen at random. Instead, weighted average is calculated for each category and the category with the highest weighted average is chosen as the root node. This is also referred as Information gain Consider this dataset 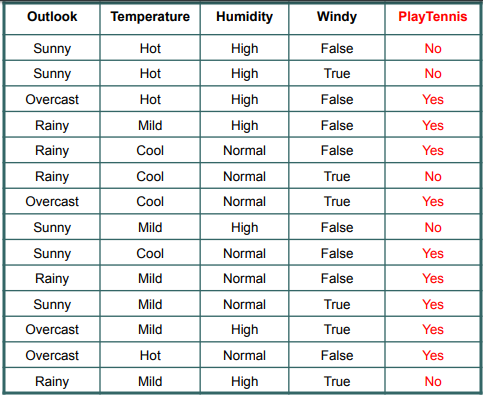 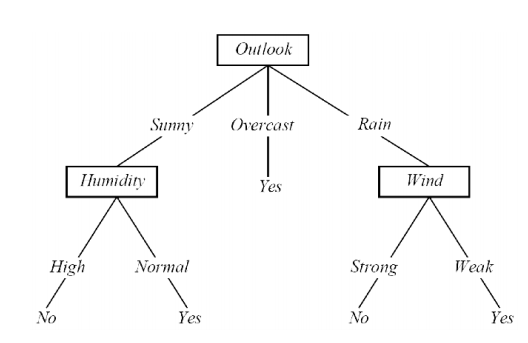 Consider the above picture, Here the outlook is chosen as Root node, And how is outlook chosen as root node?

First, We calculate the total entropy of the data. Lets say its 0.95. Now inorder the pick the right root node, We will find weighted averages of all the subcategories. There are 4 four categories here, So we will obtain 4 weighted entropy averages. Lets say they are 0.3, 0.2, 0.4, 0.8. Now we will subtract the induvidual weighted entropy averages from the total entropy. So we will get (0.95-0.3), (0.95-0.2), (0.95-0.4), (0.95-0.8). Among all the three which ever category has the highest value that category will be chosen as the root node. These 4 values are the information gain of each of the categories i.e Whichever category has the highest information gain, we will pick it as the root node. In our case, its the outlook category/feature .Hope it helps

Check this for more clarity

Values chosen at the node level to split the data are determined to minimize the Gini Impurity index which represents the entropy or the chaos in your data. It chooses the value that separates your classes best.

You have a population of 10 people. Only variable available is the age. You're predicting if the person has a certain disease. After doing some EDA , you notice that between 20-40 , both your classes , again let's assume its binary classification , are similarly present. and Exactly at the age 56 and going up, you get 4 ones and zero. Meanwhile, below the 56, you have equally distributed classes across that range.

You tree when considering which value to split the node on will calculate the Information Gain or Gini Impurity, and then splits your population across 2 leafs, where the entropy is minimized in those 2 leafs as much as possible. Again you will have a leaf with 4 ones a zero and the other will have, lets say, 3 zeros and 2 ones.

In simpler terms, you tree when splitting a population in a node, will try to make the leaves the purest they can be, and by purest, i mean containing only one class. That's how the value is decided.

The split actually happens with mini gini or entropy. See if you have numeric values first arrange the values in ascending order, let's say we have values from 60 to 220. Arrange in ascending order, first it calculates >60 and less than < 65 , so on. And calculates gini for every split and does the minimal split. It's not random.

Not the answer you're looking for? Browse other questions tagged scikit-learn decision-trees or ask your own question.