Manual feature engineering based on the output

So, I'm working on a ML model that would have as potential predictors : age , a code for his city , his social status ( married / single and so on ) , number of his children and the output signed which is binary ( 0 or 1 ). Thats the initial dataset I have.

My prediction would be based on those features to predict the value of signed for that person.

I already generated a prediction on unseen data. Upon validation of the results with the predicted result vs the real data , I have 25% accuracy. While cross-validation gives me 65% accuracy. So I thought : Over-fitting

Here is my question, I went back to the early stages of the whole process, and started creating new features. Example : Instead of the code for the city which makes no sense to have that as input to a ML model, I created classes based on the percentage of signed, the city ,with the higher percentage of 'signed' ( the ouput ) , gets assigned to a higher value of class_city, which improved a lot in my Correlation Matrix the relationship signed-class_city which makes sense. Is what I'm doing correct? or shouldn't I create features based on the ouput? Here is my CM : 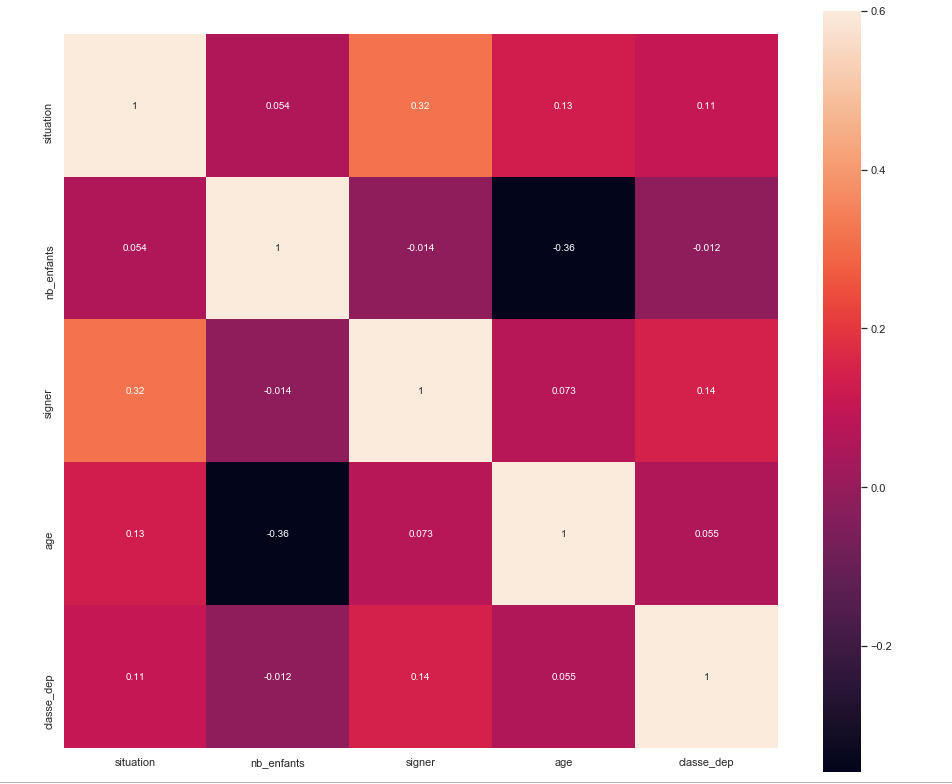 After re-modelling with 3 features only ( department_class , age and situation ) i tested my model on unseen data made of 148 rows compared to 60k rows in the training file.

Note : First model with 25% has some other features as ID's ( they might be causing the model to have such a weak accuracy with the deparment_ID )

You can create features based on output values, but you should be careful in doing this.

When you use the value of class_city (based on percentage of signed for that city) for a given data point, note that this calculation cannot include the current data point, since you will not have the value of ‘signed’ during prediction.

No you should not do this, it is causing a data leak. Data leaks happen when the data you are using to train a machine learning algorithm happens to have the information you are trying to predict.

It will give your model information about your test data during training. It will cause your test scores to be overly optimistic and will make the model worse at generalizing to totally unseen data.

Not the answer you're looking for? Browse other questions tagged machine-learning feature-selection feature-engineering correlation data-leakage or ask your own question.