So I've drawn a neural network diagram below: 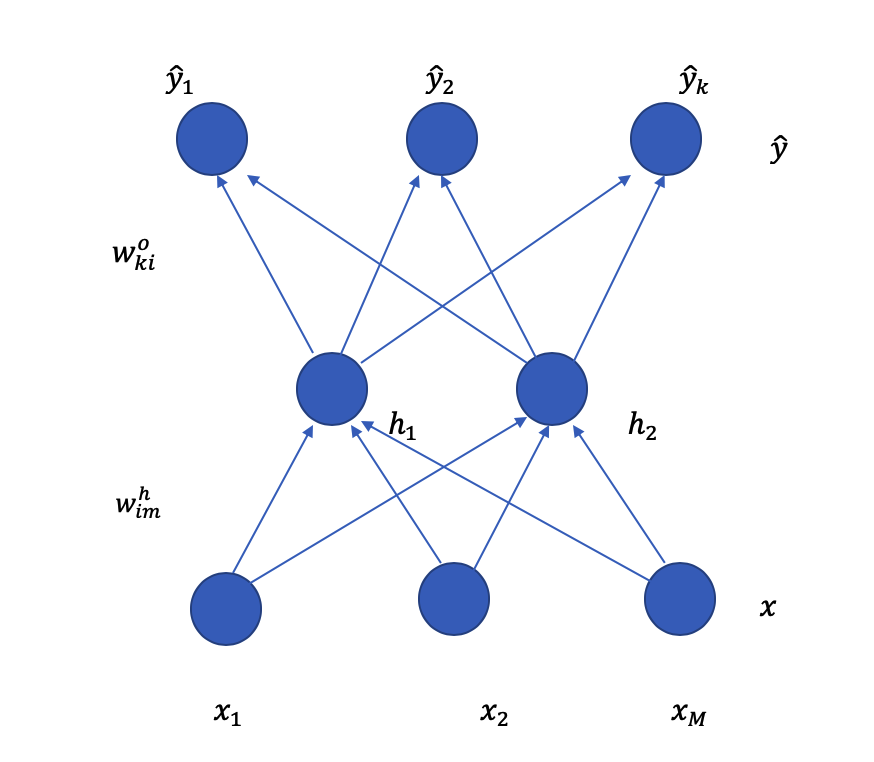 I'm currently working on the back propagation process of updating the gradient descent equation for $W^h_{11}$. Before this, I've only learnt to deal with a diagram with only one output node, but now it's multiple output nodes instead.

So I've attempted the beginning part of the calculus, where I'm not entirely sure if $\hat y$ equation i wrote below is correct and also for the loss function?

Would like to know if I've done the beginning part right.

It is possible to weight individual term as well depending on applications.

1
Questions about Neural Network training (back propagation) in the book PRML (Pattern Recognition and Machine Learning)
0
Wrangling data for CNN
6
Gradient Descent in ReLU Neural Network
0
Using sigmoid in binary DNN output layer instead of softmax?
0
How to build in symmetry of inputs into a Deep Neural Network?
4
How to solve the gradient descent on a linear classification problem?
1
Is any feed-forward neural network a composable function?