I am looking at a software development pipeline where I am predicting the lead time of different products flowing through the pipeline.

After applying a boxcox transformation on the lead time (target variable) and creating a XGBoost regressor model I can see that the residuals follow a t-locationScale distribution. 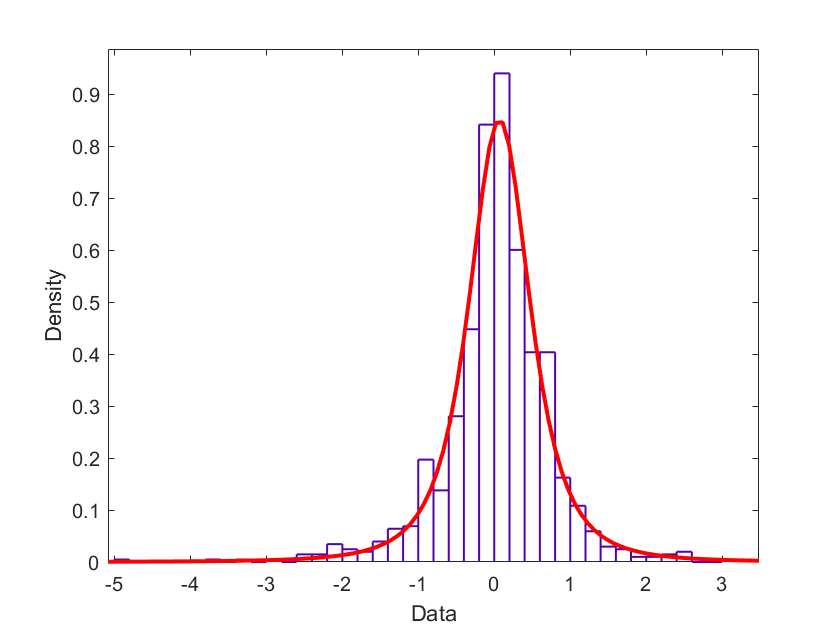 So now I looked at this guide which describes a method to create a prediction interval for any regression model assuming that the residuals are normally distributed. https://qucit.com/a-simple-technique-to-estimate-prediction-intervals-for-any-regression-model_en/

But I tried to tweak it to my distribution.

But I want to take into consideration that the prediction interval should change with different inputs. I created a regressor model, which I trained and then made predictions using the validation set. I then took the square of the error and trained an additional error model on this data. Such that the error model could predict the variance of the residuals distribution.

Now here is where I make an assumption which I am not sure makes sense.

I assume that the degrees of freedom $\nu$ is the same as for all residuals, $\nu = 2.56$ and then I solve for $\sigma$ through the following.

And estimate the lower and upper quantiles from this distribution.

Does it make sense to make the claim of $\nu$ is static? My score for the prediction interval is now $81\%$ since I am clearly simplifying the problem.

Any suggestions for improving my method?

Browse other questions tagged machine-learning python statistics distribution or ask your own question.

1
Uncertainty calculation through integration and correct analysis methodology
4
How to estimate the variance of regressors in scikit-learn?
0
Is there a safe and simple way to estimate a standard deviation for a next subset?
0
How to read specific column with specific row in x_test using python