I am trying to understand working of LSTM networks and kind of not clear about how different neurons in a cell interact each other. I had a look at a similar question, but still not clear about few things.

Assume an NER task where each time step get embedding on one word as input and there are 10 time steps. I defined the LSTM cell with 100 units, As per my understanding each units will have 3 separate gates and memory cell as shown in the second figure (total 100 memory cells and 150 gates). From the theory of LSTM, each of these memory states stores different information, like one might store about singularity, other might store information about gender and so on (please correct me if I am wrong). With this set up, I have few doubts about the working of LSTM and the interaction between each units/neurons

1) In the figure, each cell has multiple neuron, lets say 100. Does the first input X1 (first word vector) will be input to the first neuron of the cell along with previous cell's activation function (say h0) and its output will go to the second neuron and so on..? Or same input X1 and h0 will be fed to each 100 neurons parallel (independent) and respective outputs will go to next time step (not sure whether any aggregation happens) ?

2) How different units would be able to store different features (singularity, gender etc..)? is it because they are initialized with random and different weights?

3) If neurons are working parallel, Is there any interaction happens between them to share information? will it be possible that multiple cell state store about same information (say, gender) 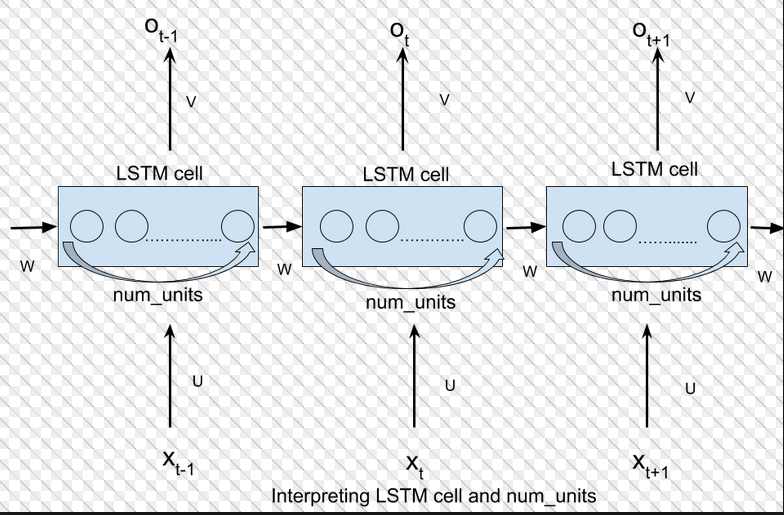 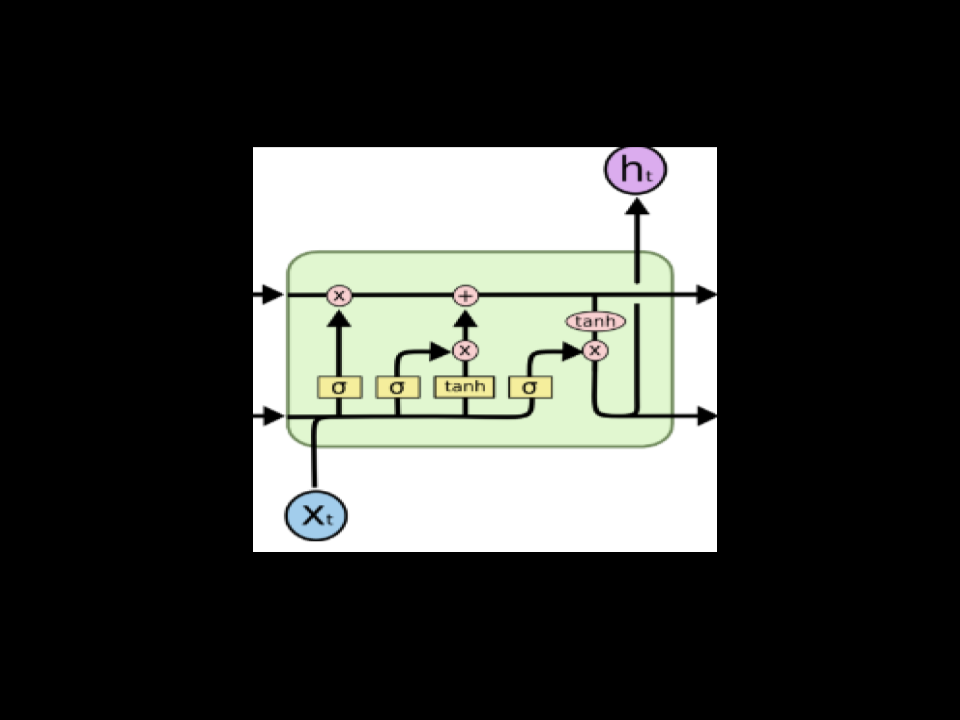 1) The same input $x_1$ and $h_0$ will be fed to each 100 neurons parallel (independent) and respective outputs will go to next time step. Notice that there are two 100-dimensional vector going to the next time step: $c_1$ and $h_1$, which are denoted by the arrows on the right side in your second figure.

2) This is a complicated question. Firstly, there are usually no one-to-one mapping between a neural and its meaning like neural 1 -> gender.

Not the answer you're looking for? Browse other questions tagged deep-learning lstm rnn named-entity-recognition sequence-to-sequence or ask your own question.

34
What is the meaning of "The number of units in the LSTM cell"?
10
Questions about LSTM cells, units and inputs
5
How can a GRU perform as well as an LSTM?
2
Structure of a multilayered LSTM neural network?
6
Understanding LSTM structure
2
How to represent the number of neurons in an LSTM for architecture schematic?