What's the best way to plot a bar graph with large numeric difference in values?

This creates a problem in my bar or line graph. You can't understand the low values after the stabilization. Any suggestions to help with this discrepancy when viewing the whole dataset in one graph? 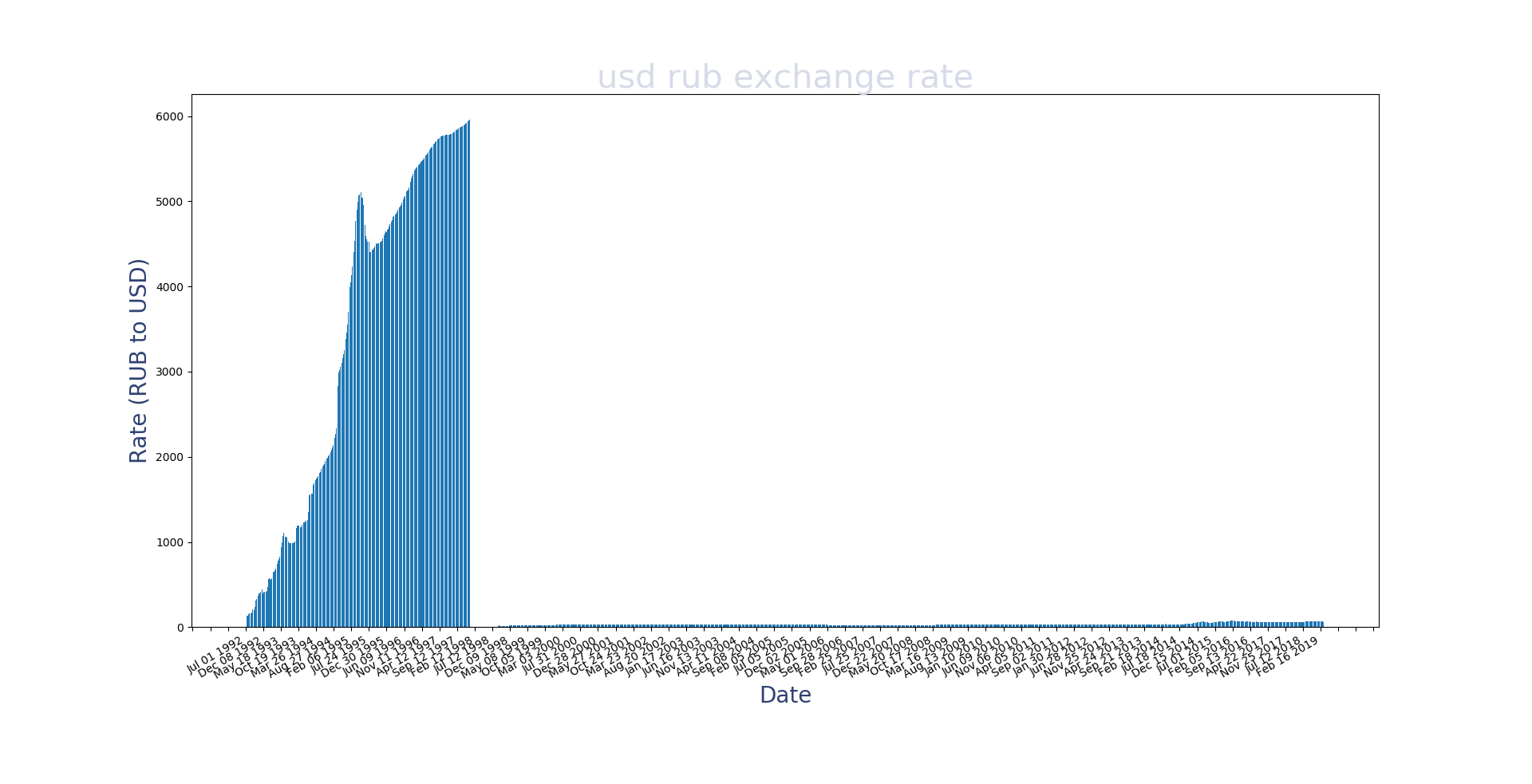 A log scale will make the difference before and after revaluation look less extreme, and a log transformation is usually pretty defensible for things measured in units of currency (especially when there are no 0-value entries). Other transformations exist, but since this is mostly for aesthetics I don't think that you'd need much that a log transformation couldn't offer.

Fiddling with multiple vertical axes and continuity breaks may help, but at an almost-guaranteed cost of making the graph very difficult to view and interpret correctly. If you need to show both periods, I would probably log transform.

You will know your needs far better than I do, but I do question a little bit how valuable seeing the before and after this way is. The revaluation was an arbitrary decision introduced at an arbitrary time, and behavior of the currency before the revaluation is probably not very informative of anything that happened afterwards (and vice-versa). It's far from clear to me that there is much value in showing both at once like this, at least from my naïve look at a single graph.

The main reason I can think of to show both at once this way is to display how extreme the inflation was, in which case the scale differences would be a feature and not a bug.

Not the answer you're looking for? Browse other questions tagged python visualization matplotlib or ask your own question.

0
Aggregating small values in a frequency bar plot
3
What's an efficient way to plot many features for EDA in python?
4
Is there a way to Label/Annotate My Bubble Plot (Scatter plot with a z-axis) on matplotlib?
3
Pandas, make the bars of a bar graph have equal widths
0
Changes in the standard Heatmap plot - symmetric bar colors, show only diagonal values, and column names at x,y axis ticks
2
matplotlib graph to plot values and variance
0
Bar plot with varying length
0
How to plot the bar charts of precision , recall and f-measure?
1
How to plot multiple bar charts with different infill and outline?