I took the data from here and wanted to play around with multidimensional scaling with this data. The data looks like this:

In particular, I want to plot the cities in a 2D space, and see how much it matches their real locations in a geographic map from just the information about how far they are from each other, without any explicit latitude and longitude information. This is my code: 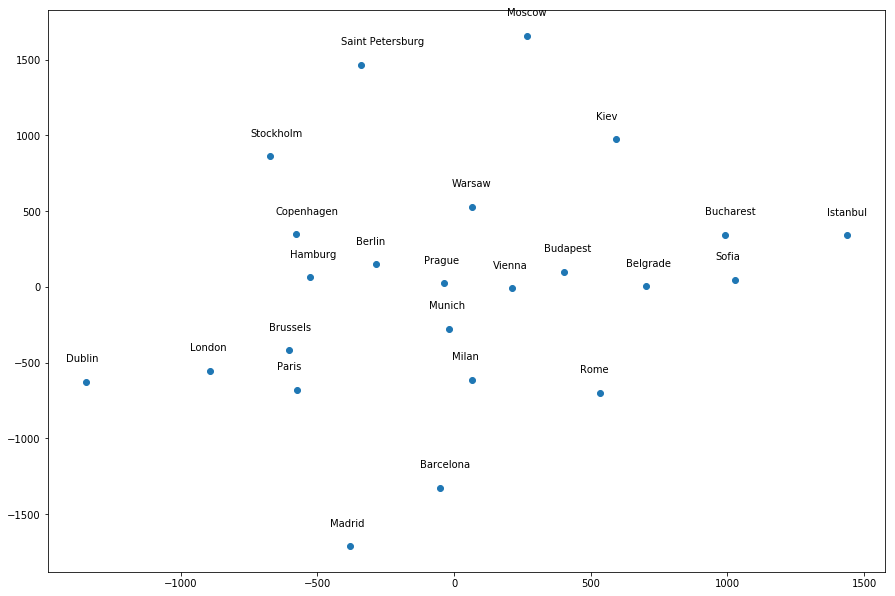 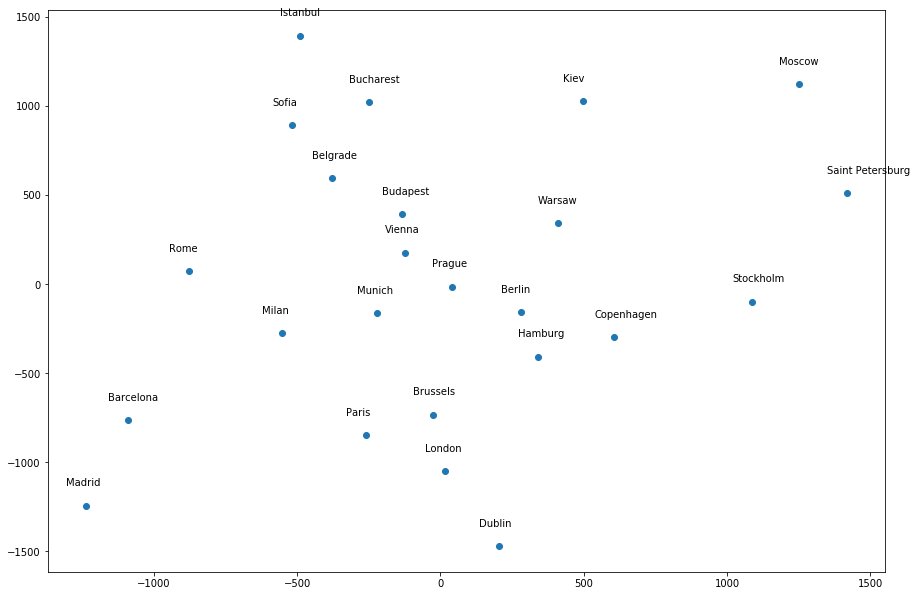 What I don't understand is, dimensionality reduction methods are not supposed to have randomness associated with them, and thus should not give different results for different seeds. But it does here; so what does it mean?

The documentation of the sklearn.manifold.MDS function states that random_state is "the generator used to initialize the centers". So, in particular, I guess what I'm asking is, whatever initialization of the centres we choose, shouldn't all of them lead to one unique result?

I get a much more "accurate" map (to my eyes at least) by giving the following hyperparameter values: 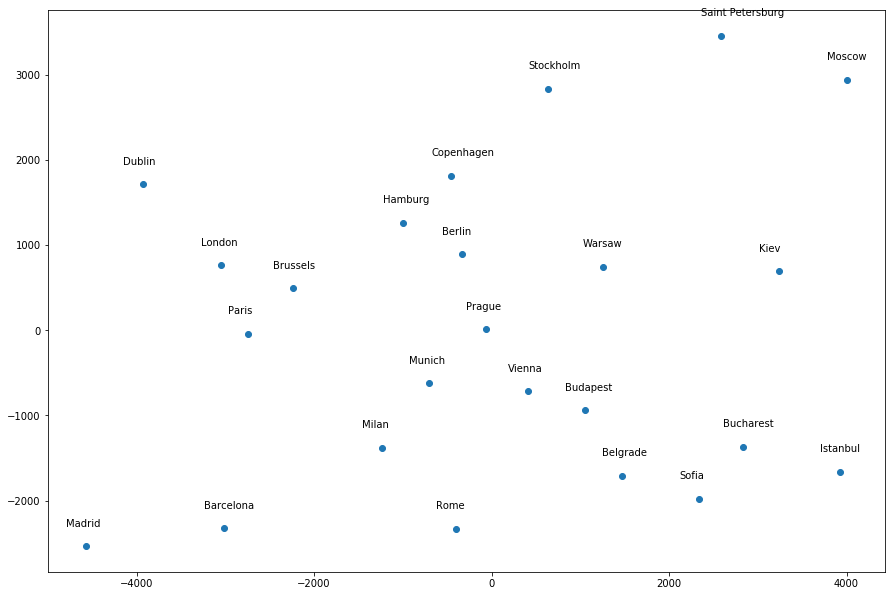 I think the answer to your problem is to understand that euclidian distance matrices are too much to uncover the information. Basically there is a lot of underlying constraints to verify (n*(n-1)/2 constraints for 2n variables).

One way to solve that kind of problem in human acceptable time is to consider 'physical' approaches. Basically you put tiny springs and other forces between your data points and solve a physical system problem. Thats why you usually see graphs 'giggle' when plotting them. As you can guess, these kind of approaches depend heavily on the initialisation of points in space. That's why there is a 'random' component in usual technics.

What you have above can be called a rotation around the axis. What you need to note is the coordinates after the dimensionality reduction may not necessarily carry a meaning. What MDS does is it reshapes the data while maintaining distances (Euclidean distance in your case) between the observations.

To put it into context, take a look at the first two graphs and find Madrid and Dublin. You will see that their location on graph two is the opposite of graph one. But in the data you will see that the actual distance between the two points is the same.

You can also try to scale it with PCA or t-SNE if you are interested to see how different dimensionality reduction techniques perform for this data.

Not the answer you're looking for? Browse other questions tagged python dimensionality-reduction geospatial or ask your own question.