What is the positional encoding in the transformer model?

I'm trying to read and understand the paper Attention is all you need and in it, there is a picture: 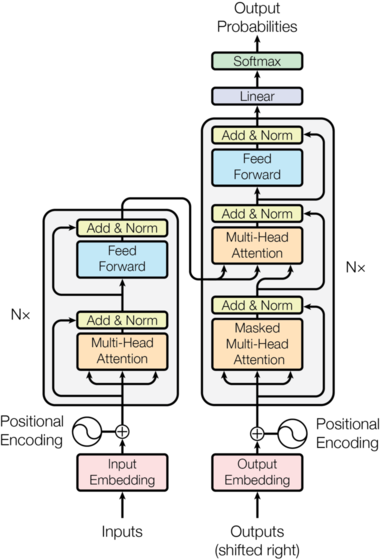 I don't know what positional encoding is. by listening to some youtube videos I've found out that it is an embedding having both meaning and position of a word in it and has something to do with $sin(x)$ or $cos(x)$

Taking excerpts from the video, let us try understanding the “sin” part of the formula to compute the position embeddings:

While “d” is fixed, “pos” and “i” vary. Let us try understanding the later two. 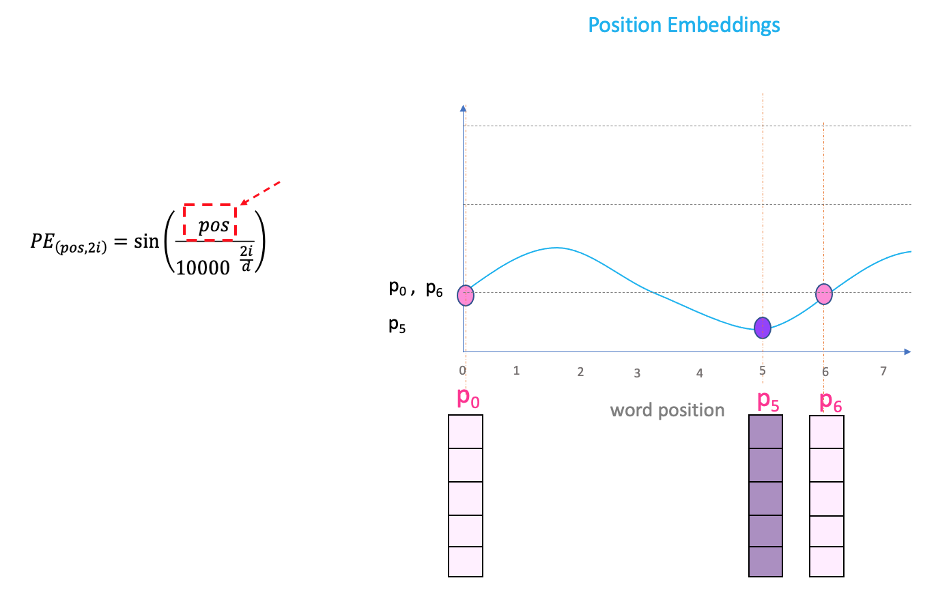 There is a problem though. Since “sin” curve repeat in intervals, you can see in the figure above that P0 and P6 have the same position embedding values, despite being at two very different positions. This is where the ‘i’ part in the equation comes into play. 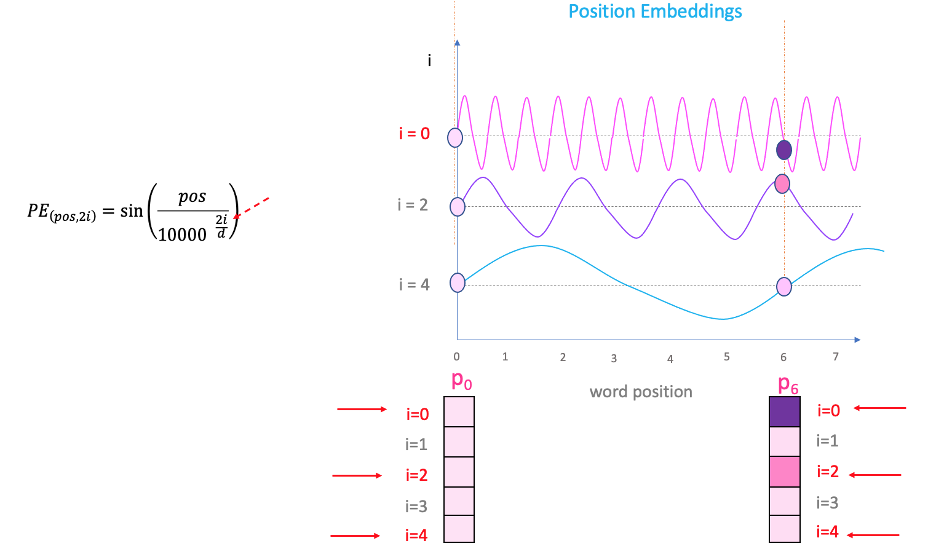 If you vary “i” in the equation above, you will get a bunch of curves with varying frequencies. Reading off the position embedding values against different frequencies, lands up giving different values at different embedding dimensions for P0 and P6.

This technique is used because there is no notion of word order (1st word, 2nd word, ..) in the proposed architecture. All words of input sequence are fed to the network with no special order or position; in contrast, in RNN architecture, $n$-th word is fed at step $n$, and in ConvNet, it is fed to specific input indices. Therefore, proposed model has no idea how the words are ordered. Consequently, a position-dependent signal is added to each word-embedding to help the model incorporate the order of words. Based on experiments, this addition not only avoids destroying the embedding information but also adds the vital position information.

This blog by Kazemnejad explains that the specific choice of ($sin$, $cos$) pair helps the model in learning patterns that rely on relative positions. As an example, consider a pattern like

which relies on relative position "$pos(\text{are}) - pos(\text{they})$" being 1, independent of absolute positions $pos(\text{are})$ and $pos(\text{they})$. To learn this pattern, any positional encoding should make it easy for the model to arrive at an encoding for "they are" that (a) is different from "are they" (considers relative position), and (b) is independent of where "they are" occurs in a given sequence (ignores absolute positions), which is what $\text{PE}$ manages to achieve.

This article by Jay Alammar explains the paper with excellent visualizations. The example on positional encoding calculates $\text{PE}(.)$ the same, with the only difference that it puts $sin$ in the first half of embedding dimensions (as opposed to even indices) and $cos$ in the second half (as opposed to odd indices). As pointed out by ShaohuaLi, this difference does not matter since vector operations would be invariant to the permutation of dimensions.

Positional encoding is a re-representation of the values of a word and its position in a sentence (given that is not the same to be at the beginning that at the end or middle).

But you have to take into account that sentences could be of any length, so saying '"X" word is the third in the sentence' does not make sense if there are different length sentences: 3rd in a 3-word-sentence is completely different to 3rd in a 20-word-sentence.

What a positional encoder does is to get help of the cyclic nature of $sin(x)$ and $cos(x)$ functions to return information of the position of a word in a sentence.

To add to other answers, OpenAI's ref implementation calculates it in natural log-space (to improve precision, I think. Not sure if they could have used log in base 2). They did not come up with the encoding. Here is the PE lookup table generation rewritten in C as a for-for loop:

Not the answer you're looking for? Browse other questions tagged nlp encoding attention-mechanism transformer or ask your own question.