I am confused about how a DQN is supposed to solve the cart pole problem since the rewards are so dense. I have been using pytorch example. I am aware of some solutions, but I have issue with the basic principle of the env.

Unlike the tutorials, I converted the state space representation into just the 1x4 returned state as opposed to an image. Also, I converted the action output to be a binned output. So the action 1x2 becomes 3x2 when binning is set to 3. So instead of getting the max action row-wise, I get a max action column-wise. I am using fixed targeting (training a primary and target DQN).

My main issue with the env in general is that keeping the pole vertical is no different to the DQN as holding the pole to near-failure. How does the DQN get better if it is getting +1 reward regardless? My hypothesis is that keeping the pole tilted creates more samples in the memory. Then after, when optimizing the model, the tilted pole states get higher reward than the vertical pole states since there is a higher distribution of tilted pole states. How are we expected to expect a DQN to do well with this kind of reward set up? Wouldn't it be better to have Cart pole produce +1 reward only for if the pole is near vertical?

The goal here is to use the cart-pole for debugging a RL model, then shift it to multi-joint robot control. 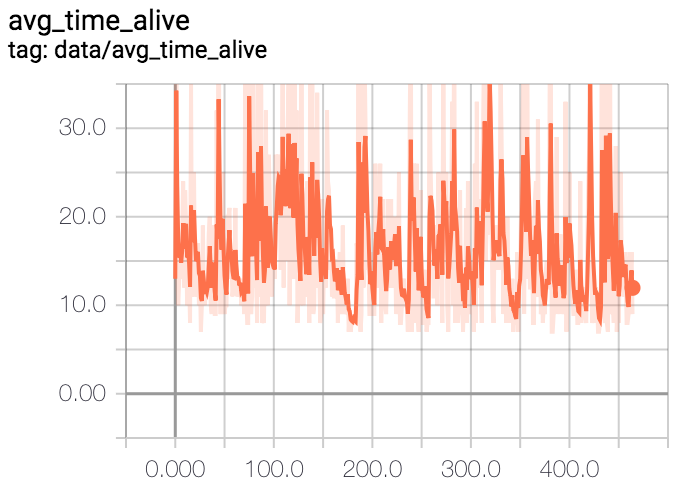 You are mixing up two concepts from reinforcement learning, reward and return (aka utility)

With Q-learning, the action values predict the expected future return. So it doesn't matter that the rewards are dense. It matters how long the agent can keep balance going into the long term, the longer the better, because the return will be higher. A combination of state and actions that the agent associates with longer-lasting not failing will predict a larger return and be chosen in preference to shorter-term success. This is how the Q-learning agent handles a situation with dense positive rewards that may end on a mistake.

In practice, the OpenAI Gym CartPoleV0 environment does take a small liberty. Episodes will end at a fixed step in future. This is not available in the state information, and technically makes the problem non-Markov. However, it is possible to get away with this provided the timespan for maintaining stability is shorter than the maximum possible episode.

Not the answer you're looking for? Browse other questions tagged reinforcement-learning pytorch dqn openai-gym or ask your own question.

4
What is a minimal setup to solve the CartPole-v0 with DQN?
3
Clamping Q function to it's theoretical maximum, yes or no?
2
Why is Distributional DQN faster than vanilla DQN?
3
Dueling DQN - can't understand its mechanism
1
What are features for state-action pairs in RL?
3
Is it possible to solve Rubik's cube using DQN?
3
How exactly does DQN learn?