I have a doubt regarding the cross validation approach and train-validation-test approach.

I was told that I can split a dataset into 3 parts:

So far, we have split into three subsets. Until here everything is okay. Attached is a picture:

When I refer myself to train/validation/test, that “test” is the scoring:

Model development is generally a two-stage process. The first stage is training and validation, during which you apply algorithms to data for which you know the outcomes to uncover patterns between its features and the target variable. The second stage is scoring, in which you apply the trained model to a new dataset. Then, it returns outcomes in the form of probability scores for classification problems and estimated averages for regression problems. Finally, you deploy the trained model into a production application or use the insights it uncovers to improve business processes.

As an example, I found the Sci-Kit learn cross validation version as you can see in the following picture: 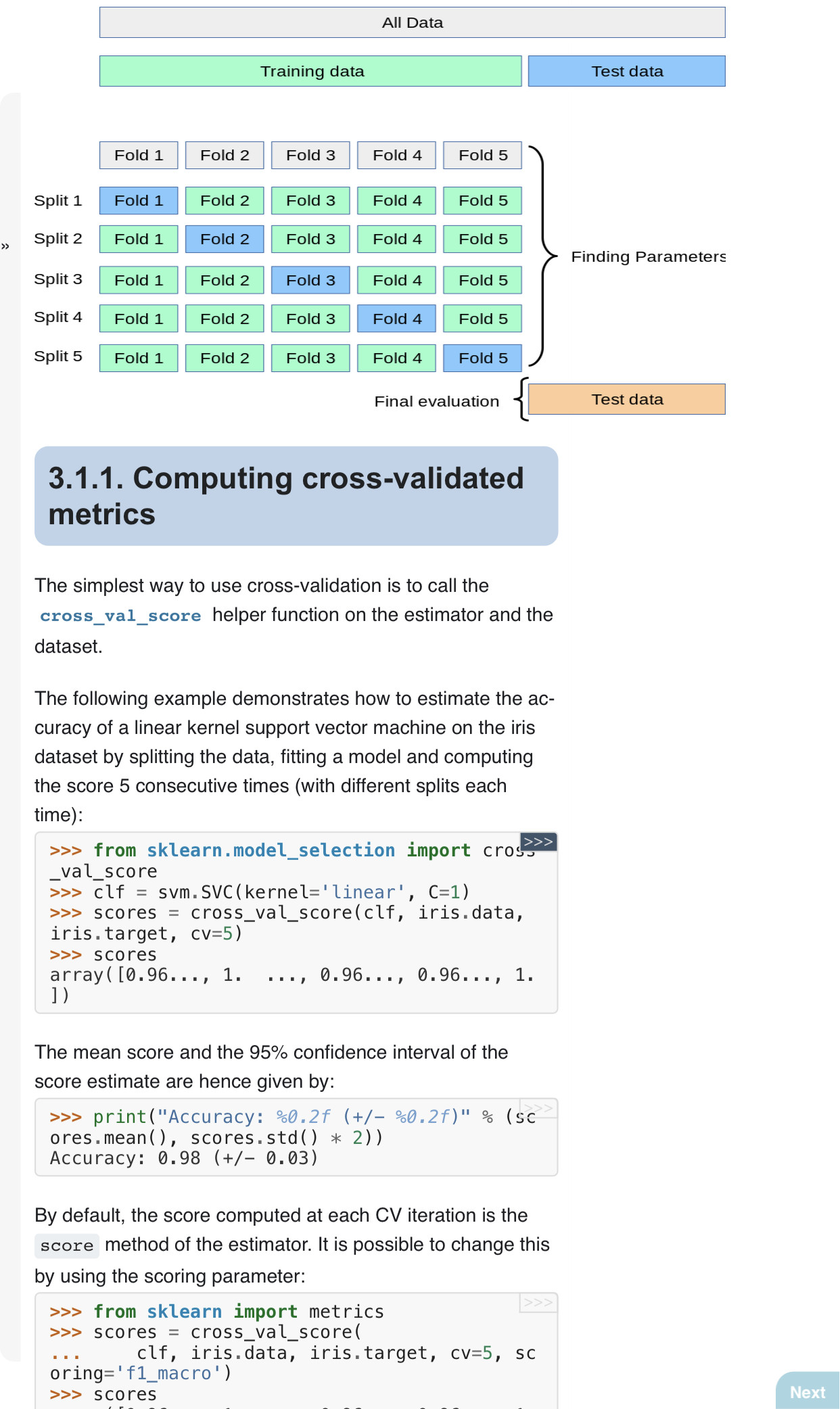 When doing the splitting, you can see that the algorithm that they give you, only takes care of the training part of the original dataset. So, in the end, we are not able to perform the Final evaluation process as you can see in the attached picture.

Only at the very end the test set is used to test the performance of the (optimized) model.

In some cases, k-fold cross-validation is used on the entire data set if no parameter optimization is needed (this is rare, but it happens). In this case there would not be a validation set and the k parts are used as a test set one by one. The error of each of these k tests is typically averaged.

I find this train/test/validation confusing (I've been doing ML for 5 years).

Who says your image is correct? Let's go to an ML authority (Sk-Learn)

In general, we do k-Fold on train/test (see Sk-Learn image below).

Technically, you could go one step further and do a Cross Validation on everything (train/test/validation). I've never done it though ...

Not the answer you're looking for? Browse other questions tagged machine-learning cross-validation or ask your own question.