How to club the orders in such a way that maximum number of items are common amongst them?

Consider the following data set: The above table shows the quantity of each item used in the orders SO1 SO2 etc. I need to club the orders in such a way that maximum number of items are common amongst them. For example: 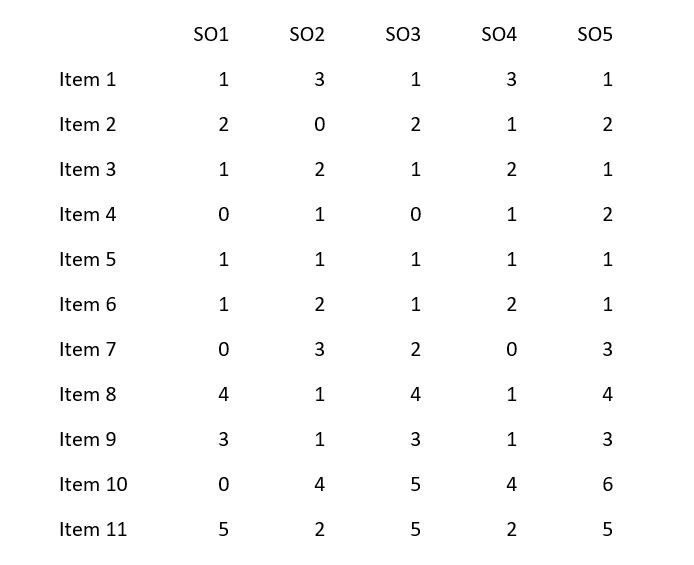 Based on the number of matches, I thought I would be able to select the combinations. But this process would become cumbersome for 300 shop orders with around 2000 items. And it is taking a lot of time to compute as well.

It finds the most frequent item combinations.

The key idea is that when item A is not frequent, you don't need to further explore any combinations including A.

Not the answer you're looking for? Browse other questions tagged python r data-mining clustering data or ask your own question.

1
R: Comparing dissimilarity between metabolic models with discrete wavelet transformation
4
Classification problem where one attribute is a vector
13
Recognize a grammar in a sequence of fuzzy tokens
5
Sales Prediction for Fashion Retail Data
0
Python and data analytics how to get the unique number of orders per seller using groupby?