I am currently working on the Boston problem hosted on Kaggle. The dataset is nothing like the Titanic dataset. There are many categorical columns and I'm trying to one-hot-encode these columns. I've decided to go with the column MSZoning to get the approach working and work out a strategy to apply it to other categorical columns. This is a small snippet of the dataset: 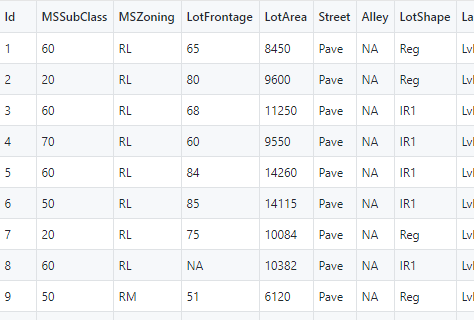 Here are the different types of values present in MSZoning, so obviously integer encoding only would be a bad idea:

Here is my attempt on Python to assign MSZoning with the new one-hot-encoded data. I do know that one-hot-encoding turns each value into a column of its own and assigns binary values to each of them so I realize that this isn't exactly a good idea. I wanted to try it anyways:

Which is giving me the following (obvious) error:

I did read through some Medium posts on this but they didn't exactly relate to what I was trying to do with my dataset as they were working with dummy data with a couple of categorical columns. What I want to know is, how do I make use of one-hot-encoding after the (attempted) step?

First of all, I noticed you have loaded the same dataframe for both train and test. Change the code like this:

At this point, one-hot encode each variable you want with pandas' get_dummies() function:

It will be returned as a pandas dataframe. In my Jupyter Notebook it looks like this: 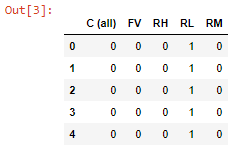 You can repeat the same command for all the variables you want to one-hot encode.

Here is an approach using the encoders from sklearn

Pack it back into a data frame if you wan't 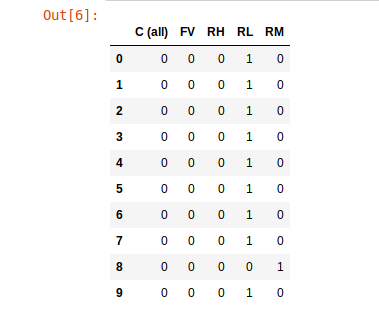 Not the answer you're looking for? Browse other questions tagged machine-learning python scikit-learn pandas kaggle or ask your own question.

1
Value error array with 0 features in linear regression scikit
1
What are the best practices for data formatting?
10
DeprecationWarning: The 'categorical_features' keyword is deprecated in version 0.20
1
How to use Random Forest to reduce dimensions
1
Adding machine learning classifier at the end of CNN layer
0
How to fix TypeError in spyder?
1
Python Pandas agg error
0
Getting TypeError: expected bytes, Descriptor found while importing tensorflow
16
How to perform one hot encoding on multiple categorical columns