Python Script using pandas to plot histograms between the features

I am working around with data from Kaggle : Titanic Competition dataset. 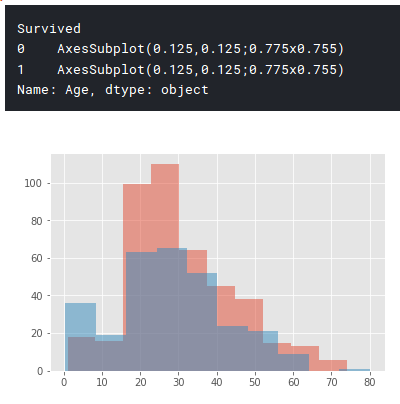 The COI works but the Script is not working. The script will help to plot all the histograms in one go without manually inserting the column in the COI.

COI runs perfectly. (Not able to figure out why).

Given the above details, please help me figure out a way to achieve the above script either by making improvements to the Script or an alternate way of doing the same.

just add plt.show() in the end it would create histogram for all columns

Not the answer you're looking for? Browse other questions tagged machine-learning python pandas kaggle ipython or ask your own question.