In this model from MusicNet, they set the initial weights of their neural network to all zeros.

However, people normally randomize the initial weights as discussed in the following threads.

Basically, it means that we shouldn't set the initial weights to all zeros.

However, when I tried using random weights in the MusicNet model by commenting one line out

The model doesn't learn anymore, the accuracy is very low (0.02 compared with 0.6 in the original model)

Why is it so? I don't understand why only zero weights works in this model. 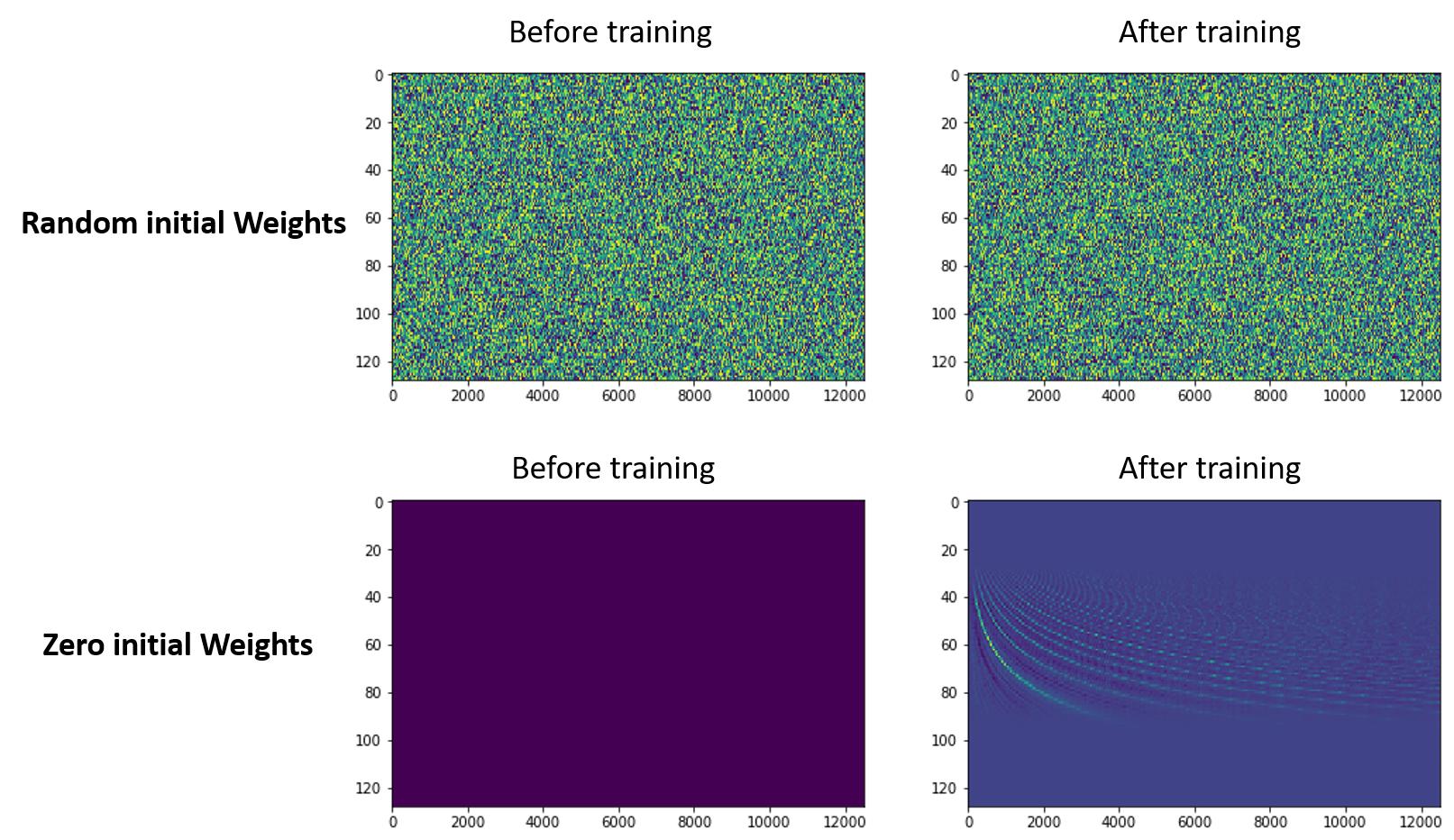 as a minimum on the manifold along which the optimizer moves the state of the system until the state descents into the same minimum.

If you do a random initialization you throw the system into a random state on the manifold. But what if you had knowledge of a particular part of the manifold from which you know a direction to push towards (loss) to descent into that minimum. I believe that in your case the zero state of the weights is some fixpoint in the output space from which the optimization is eased with your choice of loss.

Theoretically, if you could define a path for the optimizer through the loss function, you could reach it as well, but it unlikely that you can accurately express it.

7
What are the cases where it is fine to initialize all weights to zero
2
Why is it okay to set the bias vector up with zeros, and not the weight matrices?
2
Learning a board game using a genetic neural network
3
Manipulating noise to get some data in right format and apply it to task using PPO
0
What what will happen if all the layers of a MLP or any DL architecture are set as same in the beginning?