Apologies in advance, for I have a fairly rudimentary question on the notations for studying Feed-Forward Neural Networks. Here is a nice schematic taken from this blog-post. 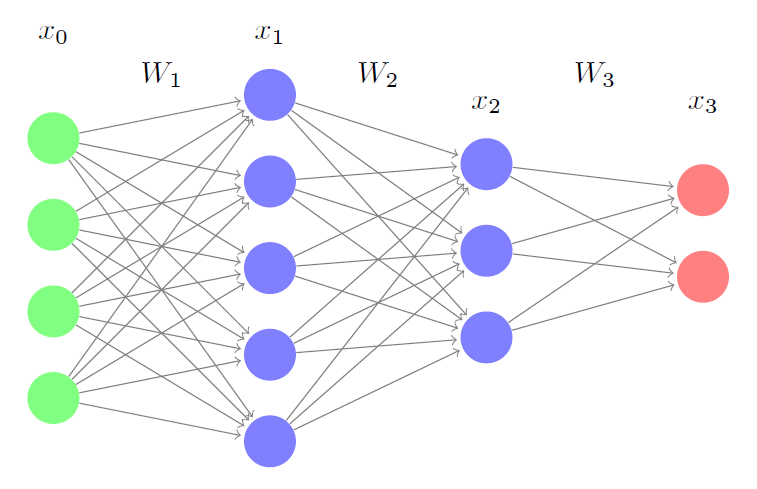 Which of the following do the nodes in the above graph represent?

On the one hand, most references like this blog-post claim it is (1), while on the other, I can also find few references such as this video which seem to claim it is (2). Which one of them carries the right interpretation?

Although seems like the back propagation algorithm can be executed in both representations, I'm quite sure it only makes sense in one of them. Any help will be greatly appreciated.

Well, the image you sent is not nicely denominated.

In the backpropagation process, we have the same architecture. Then by calculating the gradient of each node, we update each weight. this process is done so many times to find the most optimal weights. there are various approaches for this weight updating thing like batch, etc updates.

Not the answer you're looking for? Browse other questions tagged neural-network backpropagation notation or ask your own question.