I am implementing a paper on image segmentation. It is based on the slight modification of the u-net architecture.
The paper is based on encoder and decoder steps Following are the lines of the paper which I am unable to understand.

and then the architecture of the network is given-

I am not adding the other columns values for conciseness. Anyone who want to read the whole paper, it is this. The required lines are in the Table 1.

Generally, if you look at image segmentation models, they have two main paths, what the author of your paper calls encoder and decoder paths.

The role of the encoder is to contract the size of the image while extracting meaningful information, while the decoder restores the contracted image to its original dimensions. However, a lot of information is lost during contraction. To overcome this issue the decoder takes some features directly from the contraction path via skip connections.

A certain decoder layer's input is actually the concatenation of two things:

This becomes more clear if you look at the following image: 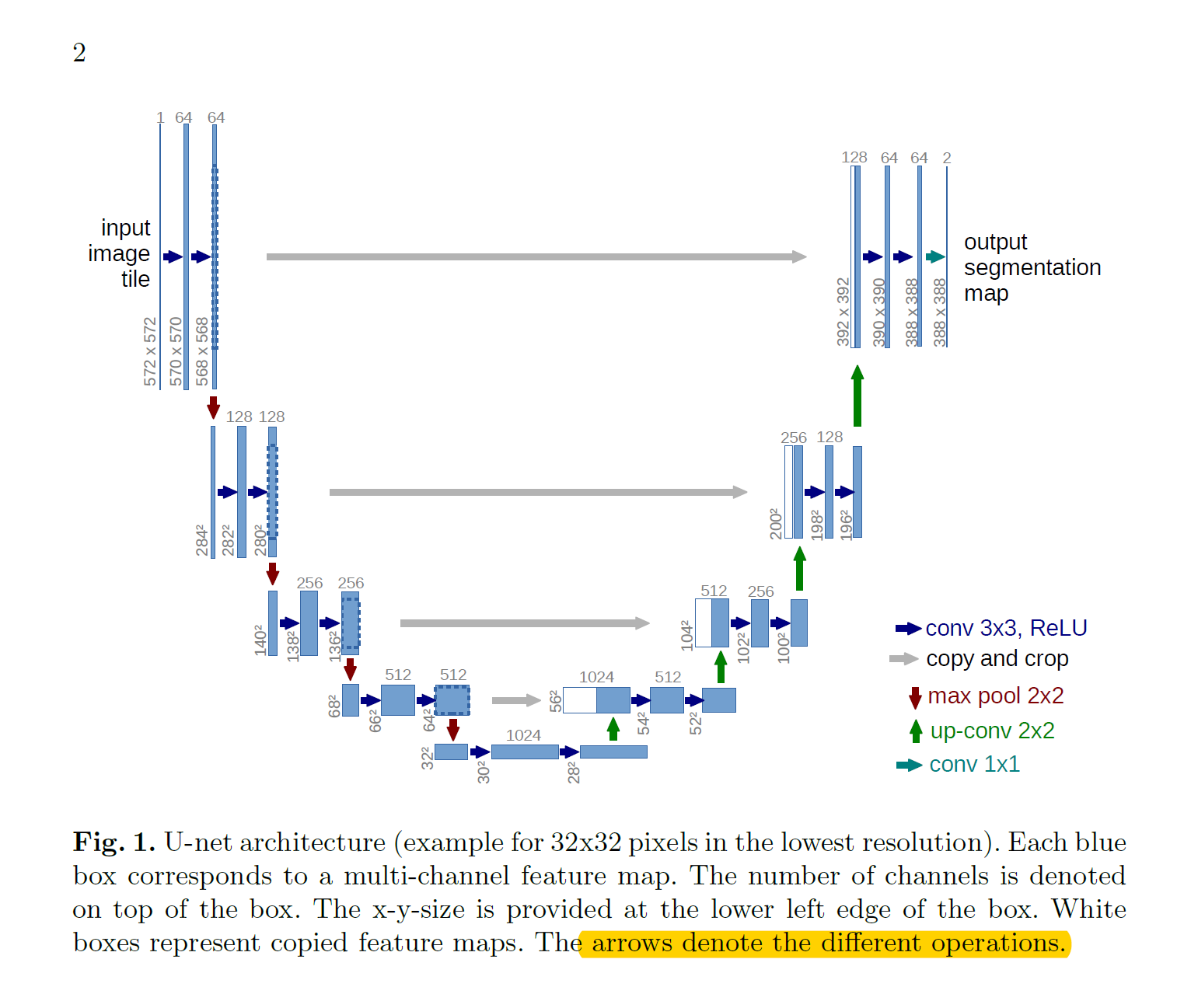 The left part of the network is the encoder and the right is the decoder. The skip connections are the grey horizontal lines that go directly from the encoder to the decoder.

These can't appear the way you portray the model because you show only the layers and not any information about how they are connected. I think you assume the network should be sequential, but segmentation models usually aren't.

Not the answer you're looking for? Browse other questions tagged neural-network deep-learning computer-vision convolution or ask your own question.

2
Where are the 60 million params of AlexNet?
0
what is the largest network used for image recognition/segmentation?