I am more familiar with classification tasks, though I have been working on a regression problem. I was given a large training dataset (>70k samples) and an independently collected test set (~2k). I consistently achieve decent validation accuracy but significantly lower accuracy on the test set.

Then I test my model by:
1) Standardizing the test data using the mean and variance of training data.
2) Predict and evaluate

Depending on the model I test, I typically receive 10+% drop in accuracy from validation to test. Now, to test whether this is caused by the test set coming from a different distribution, I combined the test set (~2k) with an equal-sized random portion of the training set. Then I held out 10% of this as a new test set and performed training/validation as described above using the rest. So in this case the test set is no longer an independently collected dataset.

It appears that I'm in some way overfitting to the validation set, although as I describe above, the validation portion is held out until after training.

I think it is worth noting that my target variable and many predictors are exponential-like distributed (the target variable has a lower bound at 0 and increasingly rare large values). Heteroscedasticity is apparent because plotting predicted vs. observed output shows increasing error with larger values. 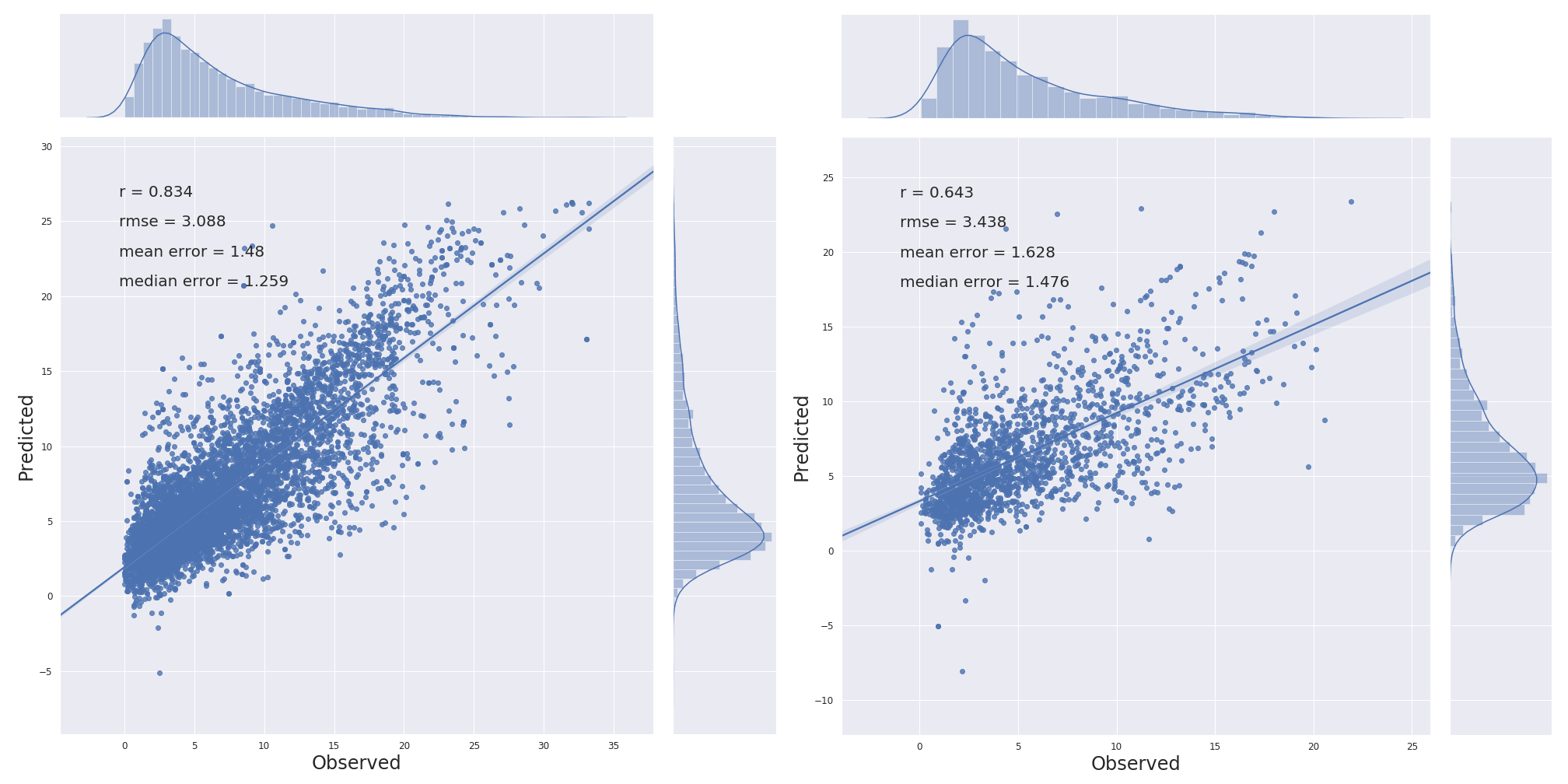 Here are results using an MLP with equally combined train/test (~4k) as training, with 10% held out for testing (as described) (Left: Validation, Right: Test): 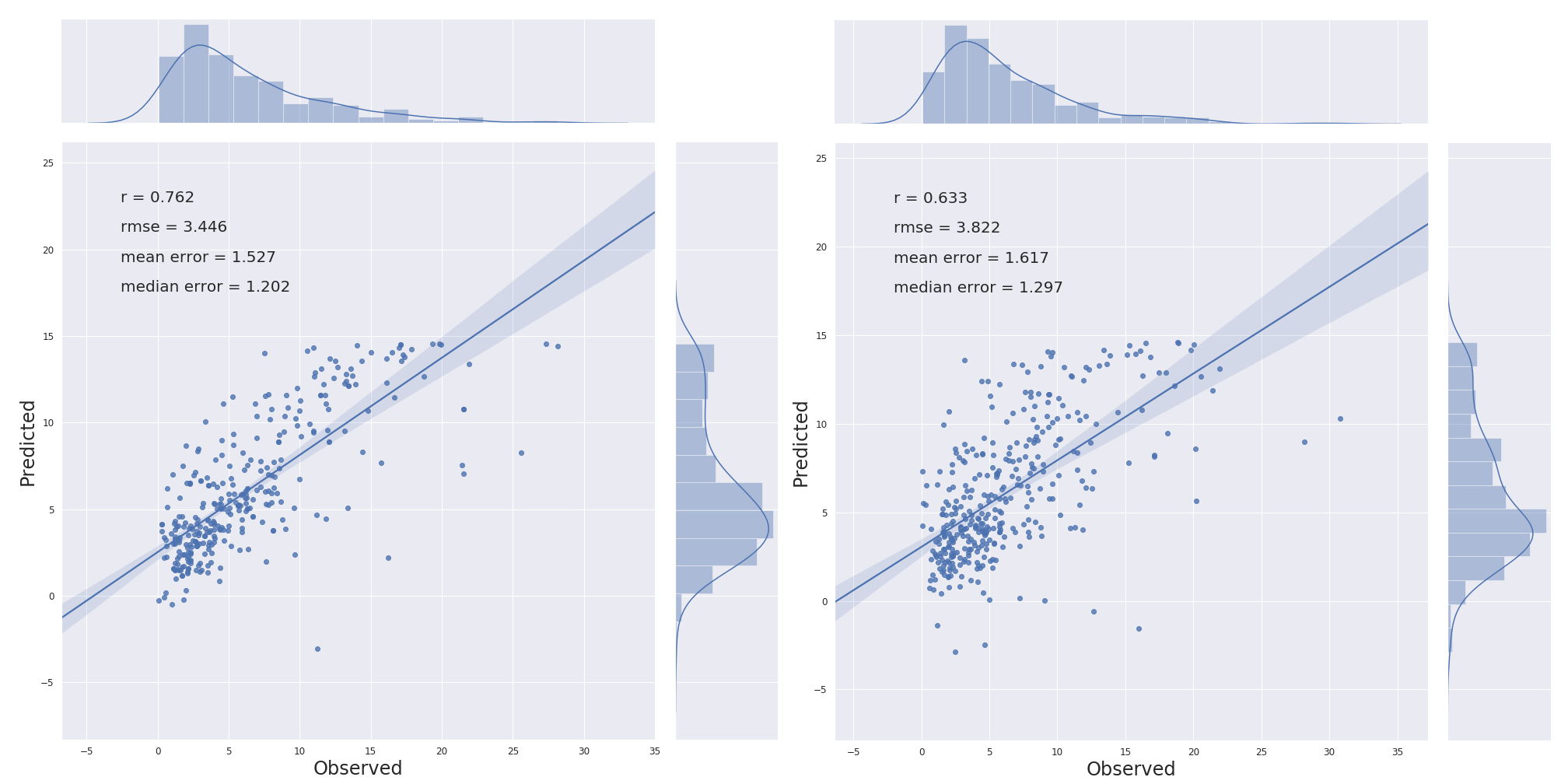 Here are results using a Random Forest with same train/test as for the figure directly above (Left: Validation, Right: Test): 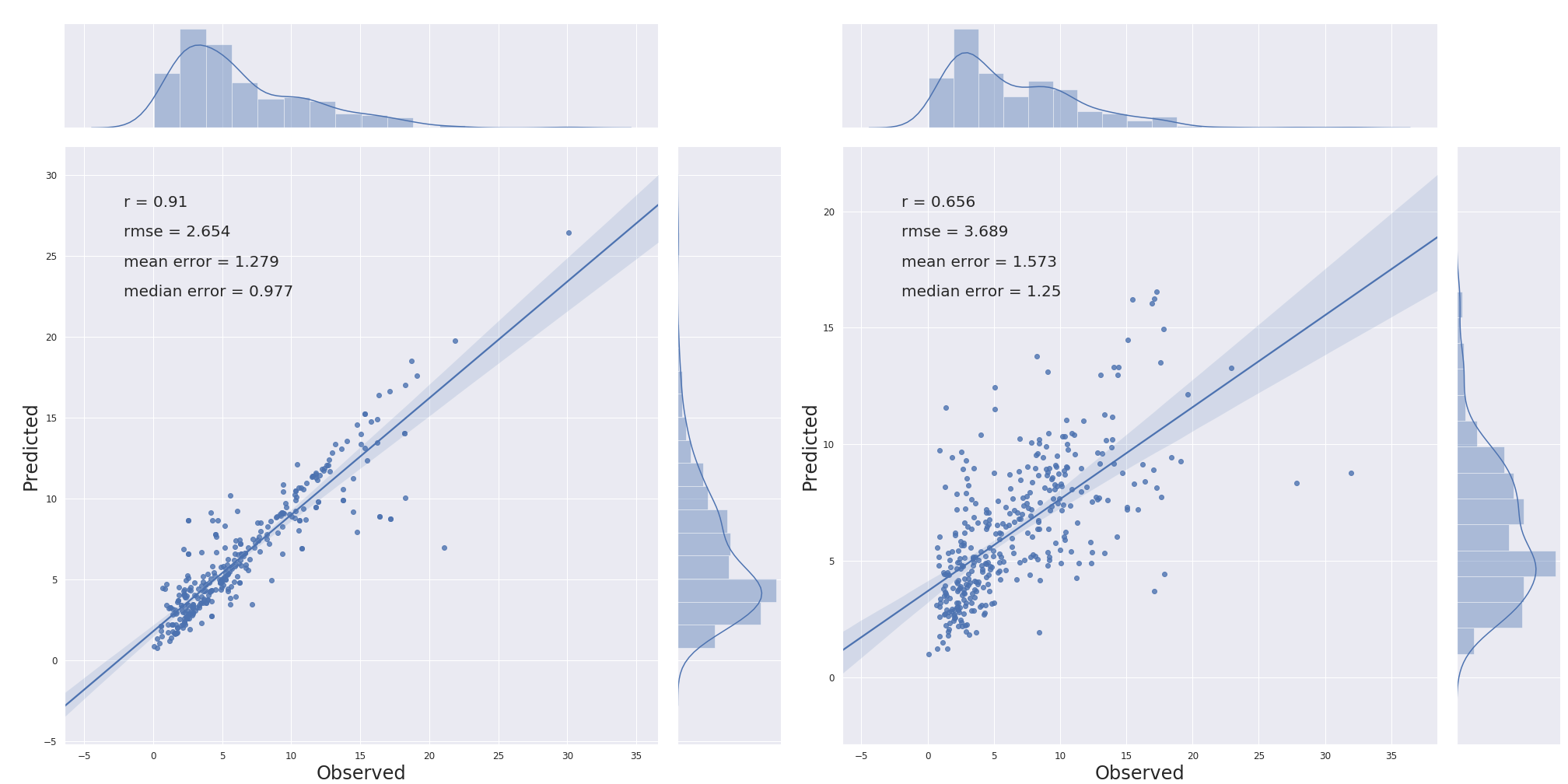 I would greatly appreciate any ideas of the cause of this discrepancy. Thank you!

I don't think this is ususual, I experiance it quite frequently with regression problems. Generally I think it means the model is underspecified so instead of learning the actual relationship between X and y it overfits. Generally I find that I have to do a bit of feature engineering, and ensure I'm only using features that are really necesary - too many features or features with spurious relationships to the target can really hurt a RF model in particular in my experiance. Also make sure as part of your cross validation that you're cross validating parameters which directly influence model complexity i.e. tree depth, number of trees etc.

Not the answer you're looking for? Browse other questions tagged neural-network regression random-forest cross-validation overfitting or ask your own question.