I am trying to build a classifier to predict the ratings of a show during a specific time.

I have extracted around 109 features, some relating to the time field namely,

I also included some categorical features and used a label binariser for which channel it appeared on, and the broadcaster.

I wanted to check the linearity of the dataset, which would inform me as to whether a linear regressor could be used or something non-linear like a neural network. I decided to do dimensionality reduction using PCA in order to visualise if the dataset was linearly separable in 2D. 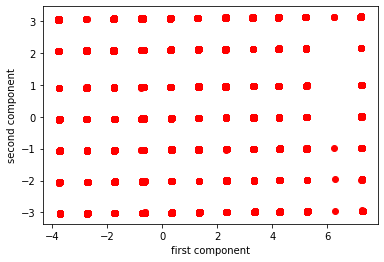 I am very confused by the result and am not able to interpret this.

The plot of the first component: 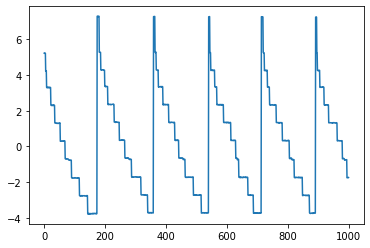 The plot of the second component: 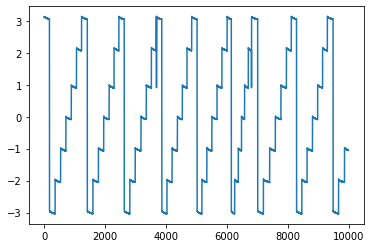 What could the PCA results tell? What would cause these graphs?

Do not apply PCA to categorical data

PCA attempts to find the dimensions which contains the most variance in a dataset. When you have categorical variables, the distance between points and the variance captured by a variable are ill-defined. First of all, you have no proper distance measure to tell how far apart two categories are, and secondly, the ordering of your categories will have a big impact. Ordering months categorically will result in a small distance between January and February, but a large one between December and January. If you're categorizing things like broadcaster or channel, there is no natural order to put things in, so your distance measure will be essentially meaningless. Your PCA plot looks strange because you have applied it to categorical data - this is not a meaningful representation of your data.

Each PCA component is a projection of your centered data onto a line. Centering puts your origin into the center of the multidimensional data. Then each component line direction is chosen so that the projection has the greatest variability. Successive component directions are orthogonal by construction.

Not the answer you're looking for? Browse other questions tagged scikit-learn pca dimensionality-reduction features or ask your own question.

3
Dimensionality reduction with PCA limitations
1
Could data from a test set 'leak' into predictor during PCA?
1
K means visualisation after reducing dimensionality with PCA
2
When I should use PCA?
0
How to use reduced dimensions (of a PCA) for detection purposes?
2
'PCA' object has no attribute 'explained_variance_'
2
PCA for complex-valued data