Difference between RFECV and SFS?

I used scikit.REFCV and mlxtend.SFS (backward) on the same data, same classifier, same cv, same scorer,... I also did a third version with sample weights passed to SFS's estimator 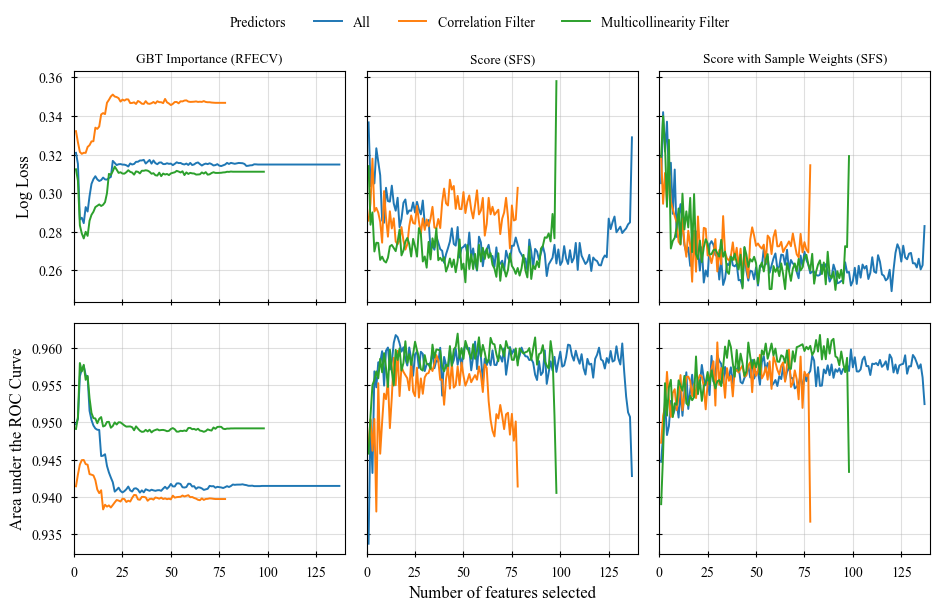 And i'm conflicted to see that many discrepencies. Should not the largest subsets have more or less same CV score, at least?

From my unterstanding, RFECV and SFS backward should work the same except the first one selects subset based on feature importance and the latter one on the metric provided.

Thanks for any input.

Browse other questions tagged scikit-learn feature-selection or ask your own question.

2
Select more or less features if results are almost the same
0
sklearn.GridSearchCV predict method not providing the best estimate and accuracy score
2
Procedure for selecting optimal number of features with Python's Scikit-Learn
2
Feature Importance
0
How to approach an extremely unbalanced time series dataset
9
Does “feature importance” depend on the model type?