I have two groups of dots that both contain noise between them: 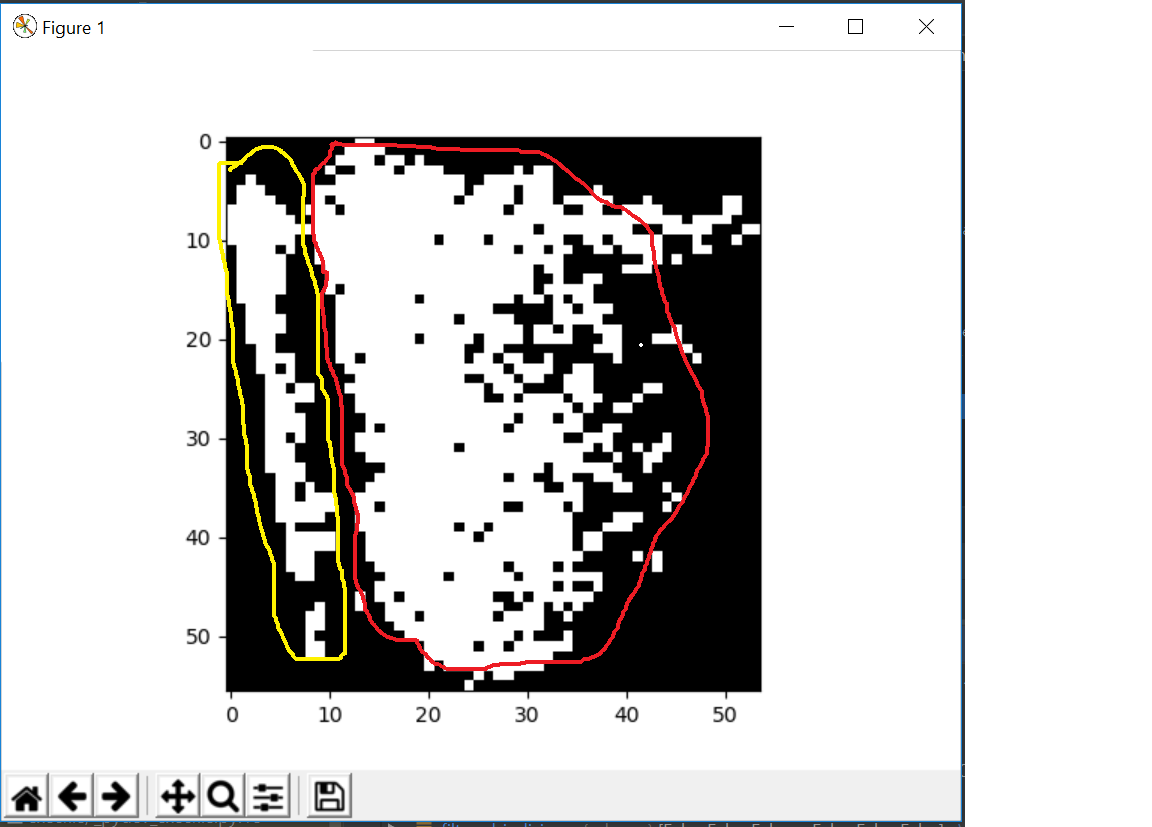 The line that separates the two groups in the picture is diagonal in shape. I tried to use morphological filtering on this image to remove the noise between these two groups but failed.

This is the code that I tried to run on this image:

It did remove a little bit of noise, but not enough for them to become two distinct groups.

I am using DBSCAN on the new_image and DBSCAN still treats them as one group.

I would like to know whether I am giving the correct argument to the function opening. Or maybe there is some other way (better way) to remove the noise between the two groups?

Browse other questions tagged clustering unsupervised-learning image-preprocessing noise or ask your own question.

1
When we should use binning to redure noise? or How we find out we have noise?
1
Noise Elimination with majority vote filtering
1
what arguments should I pass to dbscan or optic in order to divide the data in a specific way
2
Remove noise by clustering on which step of pre-processing is better?
4
What Clustering Method Should I Use?
0
How to group every data point with HDBSCAN to some group to have no noise?
0
Using numpy to enter noise into data