Two different results from seaborn and matplotlib for a kde plot. What's the reason?

I'm plotting kde plots for a set of data with seaborn and scipy.stats.gaussian_kde: 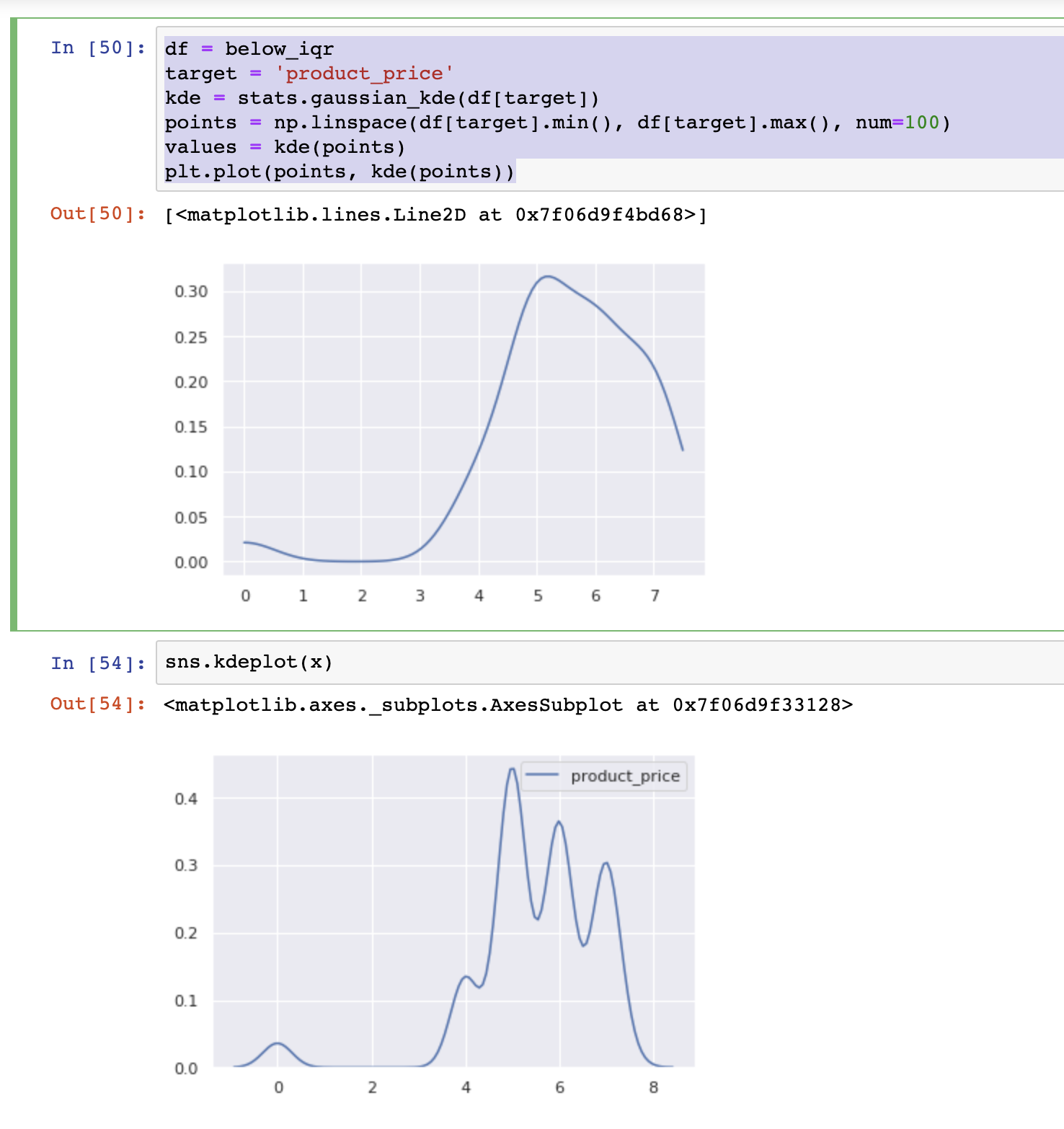 My understanding is that under the hood, seaborn uses scipy (see here).

It also seems as though the bandwidth variable is in both cases 'scott' by default, so that doesn't seem to be the cause.

Does anyone have any insight into why the plot are different?

So it appears that the different shape of the seaborn plot is due to the fact that instead of using scipy, seaborn uses the kde of simplestats if that library is available locally.

So the question I have now is why is the curve produced by simplestats so different than the one produced, say, by scipy (and perhaps othe libraries).

Below in the comments it was suggested that the reason has to do with the bandwidth setting, but I played around a bit with that and the differences I saw the curves was no where near as extreme. Here are two seaborn/simpletats kde curves with two different bandwidth settings (scott versus silverman): 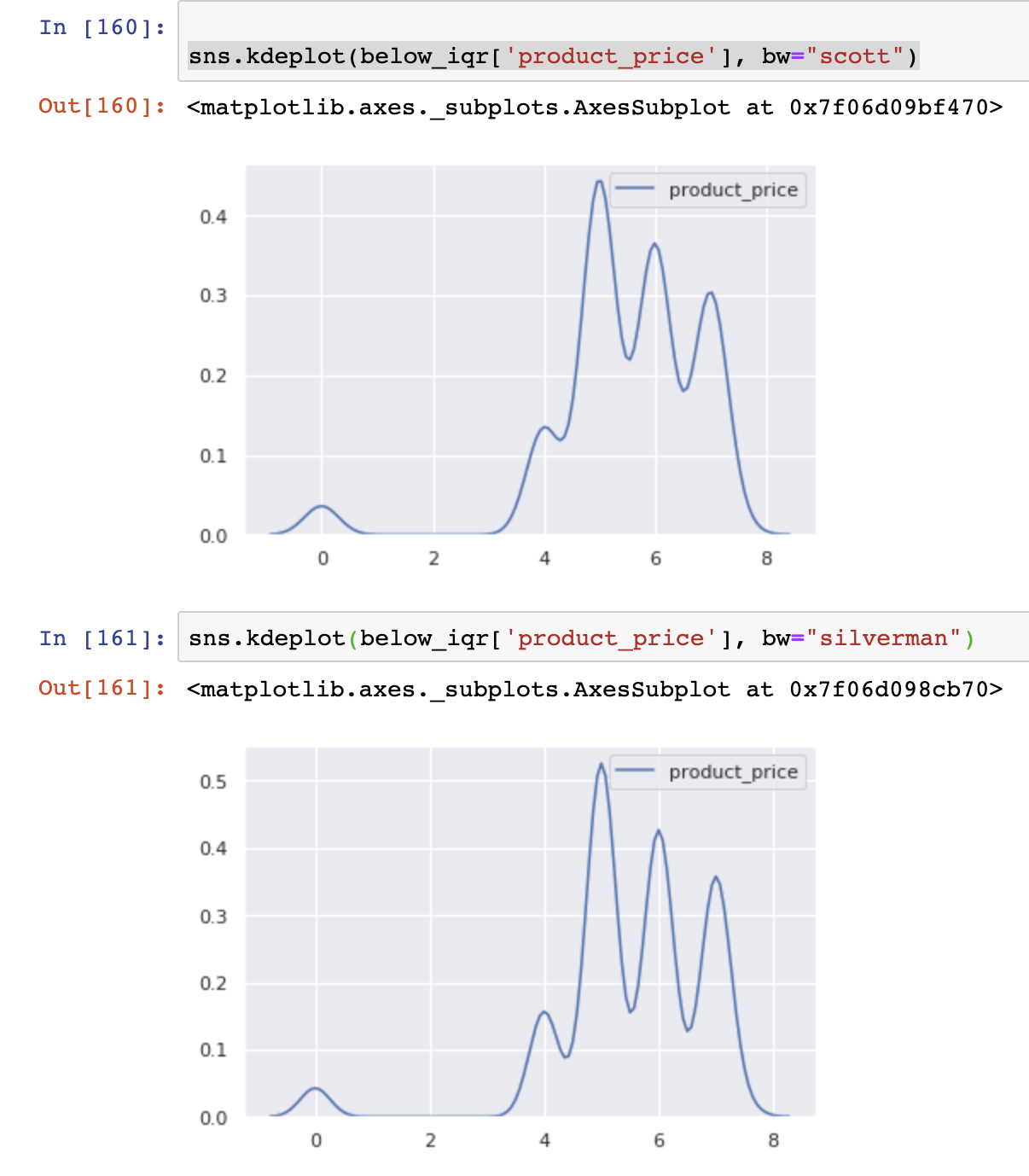 Then here, by contrast, are two scipy-produced kde curves with, again scott versus silverman: 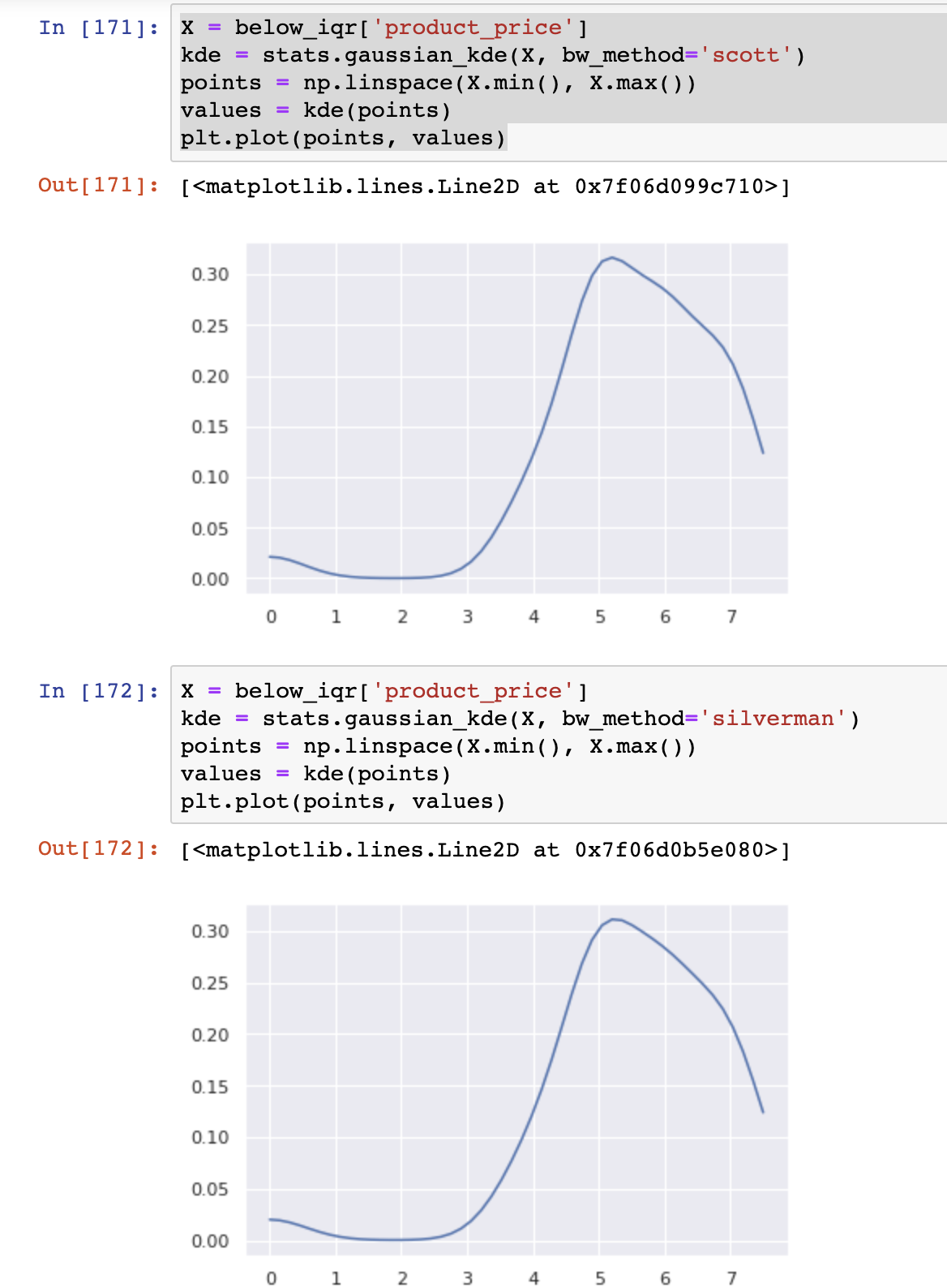 One possible explanation may be this note in the seaborn documentation for kdeplot (see here):

Note that the underlying computational libraries have different interperetations for this parameter: statsmodels uses it directly, but scipy treats it as a scaling factor for the standard deviation of the data.

However, I'll need to do a bit more research/learning to understand if that's relevant here. Does anyone else know if this might be the explanation?

Browse other questions tagged seaborn scipy or ask your own question.

2
What's the easiest way to quickly plot several features simultaneously for new data?
5
How can I change the transparency of a histogram plot in Seaborn using Pairgrid?
2
What's an efficient way to plot many features for EDA in python?
1
How to extract numerical data from a matplotlib scatter plot in python?
4
What is the difference between regplot and lmplot in seaborn?
1
Seaborn Violin plot error No loop for unfunc add
1
Why do seaborn.dist and pyplot.hist generate two different looking histograms on the same data?