I describe here a model to describe how neighbours influence a node.

I wish to implement it to attempt forecasting to values associate nodes; I post here asking for suggestions on mathematical model and machine learning techniques that could have already considered a similar approach, but I am not aware of, and hints for their implementation (python).

Suppose you a have a squared 2D lattice (a grid of 9 squares for simplicity), and:

you have vectors pointing to or from the central square. 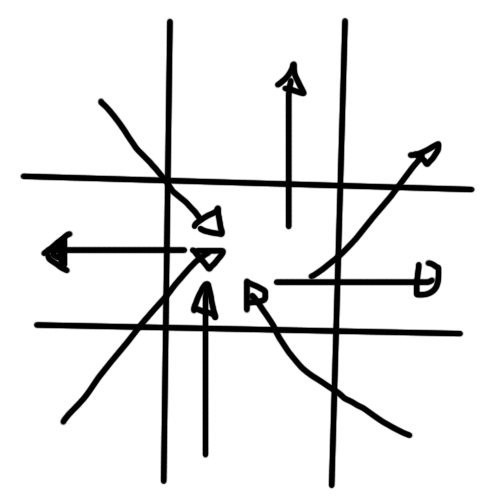 I want to "map" the vectors to a parameter, associated to the central square.

I think vectors could be modelled as "a matrices X " ( or a family of vectors), and a resulting value y, but I am actually struggling to correctly represent it in a formal way. 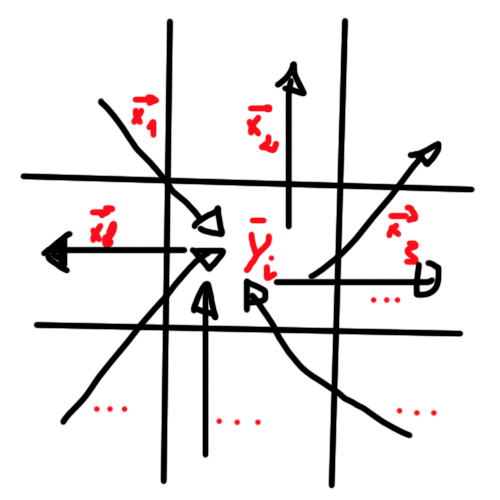 I then want to forecast the possible y value in the future. I think I could explore linear or non linear models, like regressions or forecasting applied to times series:

Could you help to suggest models to look at and possible implementations (python), which may have already approached this dynamics?

Could you also suggest approach to generalise to manifolds structures (3d) ?

As examples for generalisation, I am thinking at: 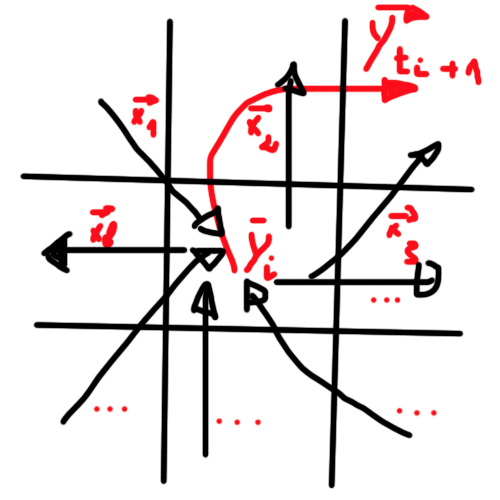 Basically you would just build your data set by juxtaposing the 18 columns :

To try to predict your y.

Trying to predict $y_{t+1}$ would lead to other considerations, like considering $y_t$ as a feature of your model.

Not the answer you're looking for? Browse other questions tagged neural-network deep-learning time-series regression graphs or ask your own question.

5
Statistical distances for time series of distributions
1
Fully endogenous models for predicting multivariate time series
2
How do Bahdanau - Luong Attentions use Query, Value, Key vectors?
2
What are some good methods to forecast future revenue on categorical and value based data?
0
How would I approach training a model and encoding this categorical data