In my recent work I've came across a problem where I need to find certain points in quickly oscillating data. Let's work with syntethic data instead of real measurements and ignore the noise for the time being. These points are called stationary phase points (SPP for short). For human eye they are quite easy to spot: the oscillation slows down locally. An example: 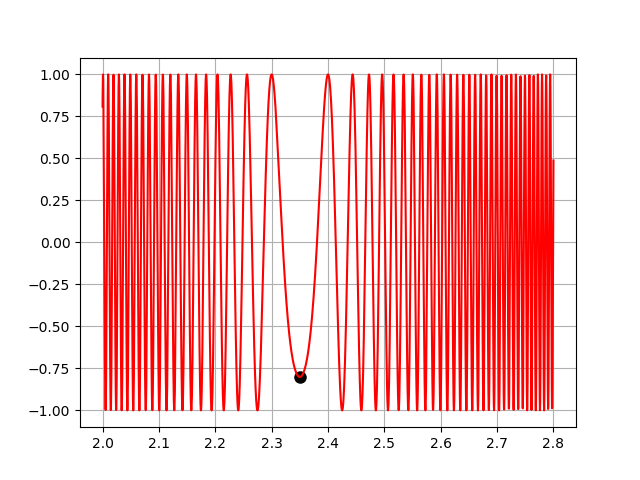 Some important things to note:

The main goal would be reliably monitoring these points movement (ideally in real time, but first the SPP detection from x-y data is the target). There are some other generated graphs with indication for SPPs, and the last is from real data. 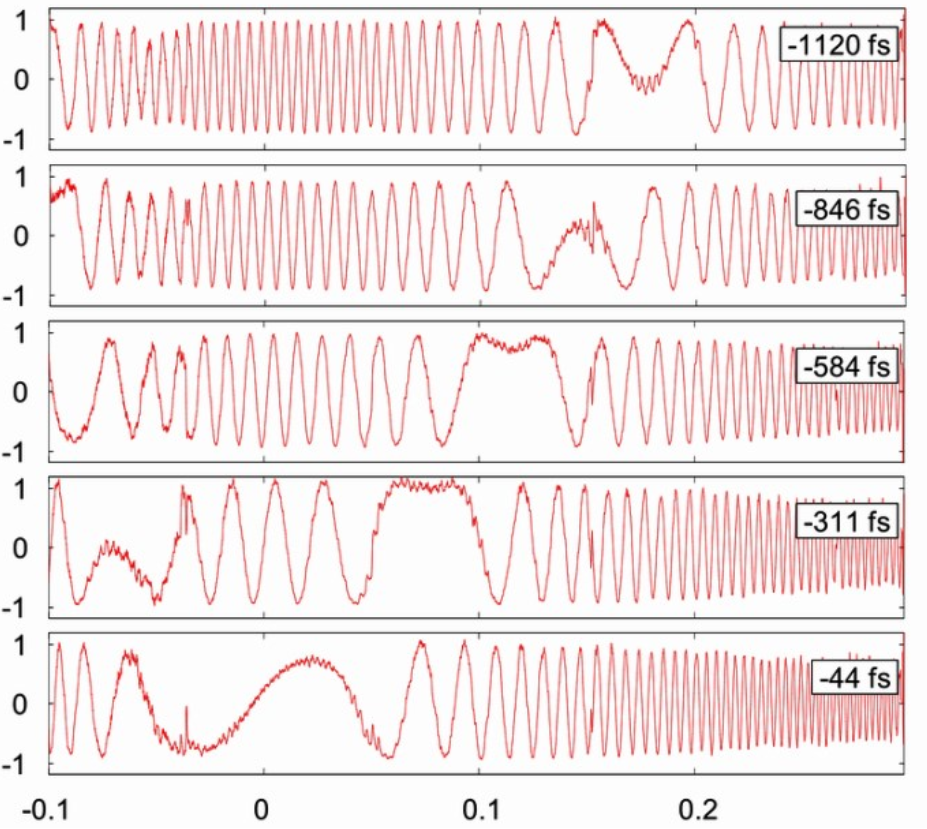 To solve this, my first thought is to detect all the extremal points in data, then generate their consecutive distances, and where that distance exceeds a certain threshold value, it's a SPP. But setting a good threshold, correctly identifying extremal points seems quite hard and unique for each graph.

My question is: Do you think it would worth using a machine learning tool there, and if yes, which algorithm would be the most suitable? As a physicist I'm inexperienced, I only have basic knowledge about ML (but willing to learn!) In general, can you think of any useful algorithm or idea for such situation?

One option would be to apply a Fourier Transform which decomposes a function into its constituent frequencies. Define a baseline set of frequencies. Then anomaliness frequencies could be found relative to the baseline.

Not the answer you're looking for? Browse other questions tagged machine-learning python data-analysis or ask your own question.

6
Detecting voice in a noisy environment
8
how to compare different sets of time series data
0
which forecasting models could be chosen?
0
How to handle noisy data?
8
In elbow curve how to find the point from where the curve starts to rise?
0
looking for approaches to detecting outliers in individuals unequal sequential time series
3
find most dense neighborhood of points in high dimensional space
0
What's the difference of calculating features directly vs having a CNN interpret it?
1
Is there any feature selection method specific for regression analysis?